How to Setup the Nexus 7

You just took the Nexus 7 out of the box and you want to make sure you set up the Nexus 7 the right way. If so, this is the place to be.

While Google does  a pretty good job of walking users through the initial setup, we’ll join you in a quick look at what you need to do to set up the Nexus 7, connect it to your Gmail account for email, calendar and contact information and get you up and running to watch movies, read eBooks and use apps from the Google Play Store

In addition to the basic setup we will cover how to use the parental controls on the Nexus 7 which can help prevent kids from using certain apps and other handy features.

The Nexus 7 setup should only take 15-30 minutes, and you will need a WiFi connection to complete the setup. 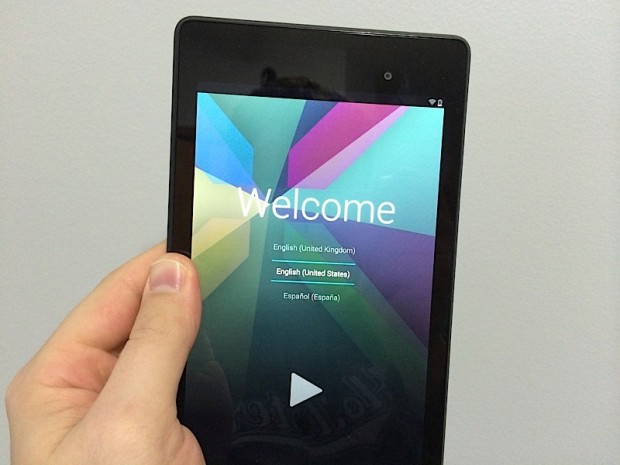 Setup the Nexus 7 in about 15 minutes.

After you are set up, be sure to check out some of the best Nexus 7 2013 cases and the collection of Nexus 7 2013 accessories to complete the user experience.

This Nexus 7 setup guide will focus on the new Nexus 7 2013 model, but for users who picked up an older model as a deal, the process should be almost identical.

Power on the Nexus 7. Select the correct language. You can change this later if need be. Press the Arrow button at the bottom of the screen. 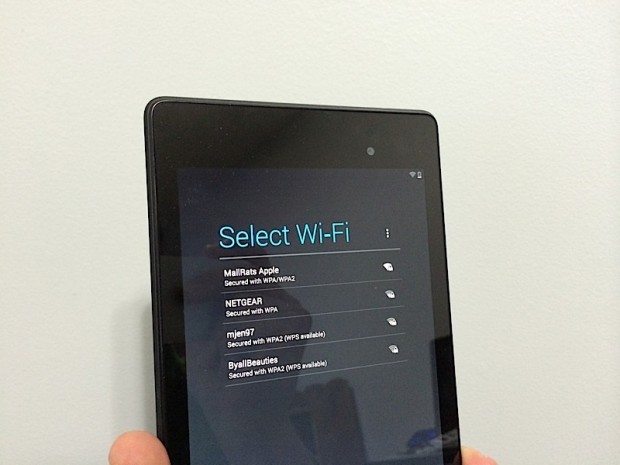 Select a WiFi network and enter the password to connect and start the Nexus 7 setup and sign in. 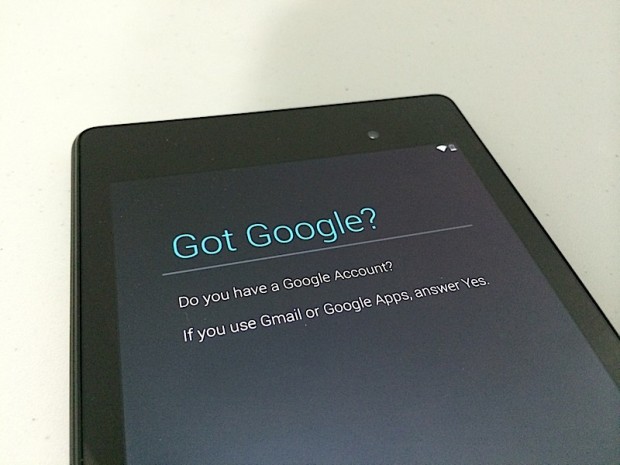 When prompted sign in to your Google Account and accept the terms and conditions. If you use added security you may need to use the web to sign in. You can add additional Gmail accounts and profiles later. If you are handing the tablet off to a child you should take this time to set up your main account.

Next up, decide if you want to restore from your Google account and keep this device backed up. Doing so will pull down your apps and data from an Android phone or a previous tablet. Also choose if you will allow location usage (which we recommend for most users) and opt in or our of emails about Google Play. 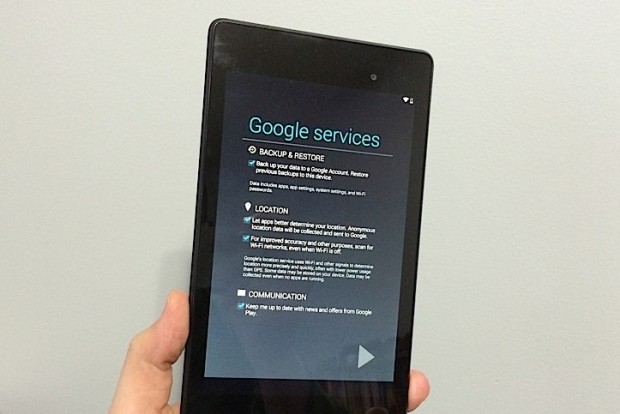 If you chose to restore, this will happen now, and may take several minutes. When it completes enter the owner information as prompted. This will complete the initial setup and start the Nexus 7.

From here tap on the Google Play Store to approve and start any app updates, to make sure you are running the latest apps from Google.

Next up we’ll cover setting up some basic Nexus 7 security. The Nexus 7 now has your email address, contacts and calendar on it. And depending on what else you setup it may soon have your credit card for Tap and Pay as well as other sensitive information. In short, it’s worth putting a simple pattern passcode on it at the very least. You’ll also need this if you want to do basic parental controls. 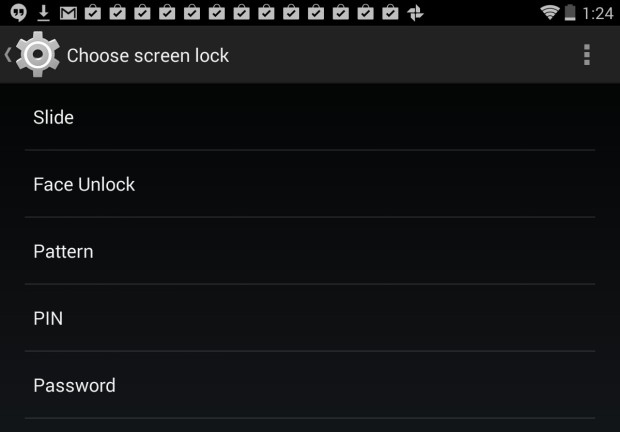 Pull down on the upper right edge of the screen to access quick settings. Ignore the toggles for now and tap on Settings. Next, tap on Security and then on Screen lock. Pick something other than slide, to make it more of a challenge to log in.

By default the Android Device Manager is installed and running, which is like a Find my Nexus service which will help you track down a lost or stolen Nexus 7. 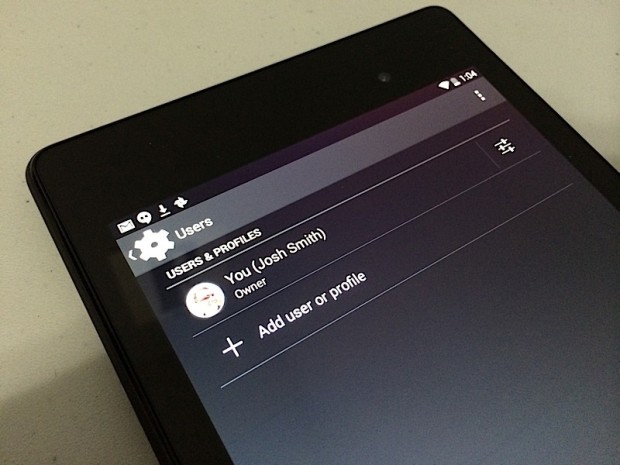 From here you can enable access to certain apps installed on the device as well as to Google services like Play Movies and TV and set age ratings for certain content by tapping on the settings icon next to the on/off toggles. Parents will need to install apps on their account and turn them on for the user as the Play Store is not available. Gmail is not supported in this mode, so it is not viable for kids who need access to email.

Once you are setup you can start using th Nexus 7. Go to the Google Play Store to download apps such as games, Netflix and productivity apps. The Play Magazines, Play Movies 7 TV and Play Books allow you to purchase entertainment from Google, but you can also user Amazon and other services by downloading more apps in the Google Play Store.

Here are some Nexus 7 apps we recommend downloading sooner rather than later.

That’s all there is to setting up the Nexus 7. Enjoy.