How to Speed Up Your Internet Without Paying A Dime

If you have slow internet, the easiest thing to do would be to pay more per month for a faster connection, but if you don’t want to fork out more money, there are ways that you can speed up your internet for free.

Unfortunately, you can’t literally speed up your internet for free, as a faster Mbps connection would simply just cost you more, but there are ways that you can optimize your internet connection in order to squeeze out every last megabit without spending a dime.

The internet in most households is most likely not performing up to its full potential, and that could be because of many different factors, whether the router is crappy, the WiFi needs some tuning, or the ethernet cables are going bad. The internet and networking in general relies on so many different factors, and most users probably don’t know how to channel these factors and optimize them in order to get the best internet connection possible from what they’re given.

Here’s how you can speed up your internet connection at home without having to pay more for the faster connection from the internet service provider.

Most likely, you’re connected to your home’s WiFi most of the time, as many devices in today’s world are WiFi-enabled only. In order to get the best internet performance while on WiFi, it’s important to consider the location of your router in your home or apartment.

Most likely, your router is situated in a corner somewhere in your house, but that’s probably not the best place for it, especially if you’re usually lounging on the other side of the house.

The closer you are to your router, the better internet connection you’ll get (makes sense, right?). With that said, put your router in a room that you spend the most time in. If you happen to split most of your time between two rooms on either side of the house, consider moving your router in between these rooms.

Of course, moving your router to a different location isn’t always a possibility, so it’s important to think about other options as well, like buying a second router and connecting it to your main router using powerline adapters, although this route requires you spend some extra money.

If you live in an apartment complex, most likely there are a ton of different WiFi networks close together, clogging up each others signal and range. However, by changing the channel that your router operates on, you could open up your WiFi network to green pastures, while all the other WiFi networks surrounding you are left in rush hour traffic.

Before you do this, though, you have to find out what other channels all the other WiFi networks are on, so you can make sure to avoid those channels altogether. Luckily, it’s pretty easy to find a channel that isn’t clogged up, as most routers use the same default channel and most users don’t bother to change it.

To change your router’s channel, you’ll need to access the admin settings of your router. You do this by typing in the IP address of your router, which is usually 192.168.1.1. Once you’re in, you’ll want to look for something similar to Wireless Settings. From there, you should see an option for Channel and can then change it to another channel from the drop-down list.

After you change it, be sure to save your settings and let your router restart if it needs to.

Get Rid of Interference from Other Objects

Your router isn’t invincible. In fact, pesky household appliances can screw with the WiFi signal and cause interference. Things like microwaves and cordless phones can weaken your WiFi’s signal and make it harder to either establish a connection or keep it fast. 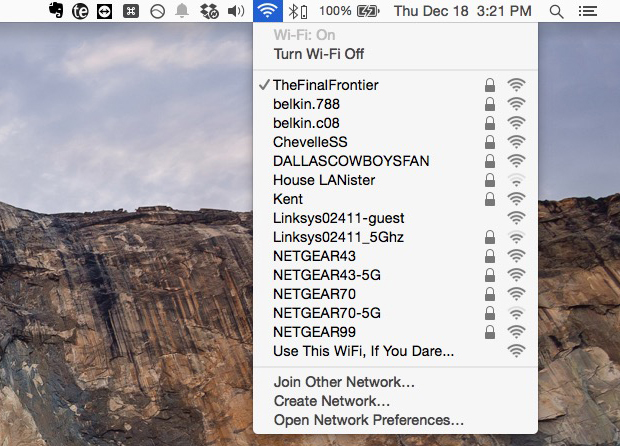 Because of this, it’s essential that you keep your router away from household objects that could cause interference, including microwaves, phones, baby monitors, etc. However, you can usually buy cordless phones and baby monitors in a frequency that’s different than your router, which operates at 2.4GHz.

Otherwise, you can change the frequency of the router itself to 5GHz, if it supports it. You can do this in the admin settings and going to Wireless Settings, depending on what router you have.

From there, you can change the frequency from 2.4GHz to 5GHz, or enable both at once, which will create two WiFi networks, one of which is 2.4GHz and the other being 5GHz.