How to Take a Screen Shot or PRNTSCR on Surface Tablets

One of the frequent questions I get asked from Microsoft Surface Tablet users is how to take a screen capture using a Surface with a Type or Touch Cover. Neither of those two keyboards includes a PRNTSCR key, which is what many are accustomed to using to grab a shot of something on their screen. While the key is not there Microsoft has included a method for you to capture the screen. 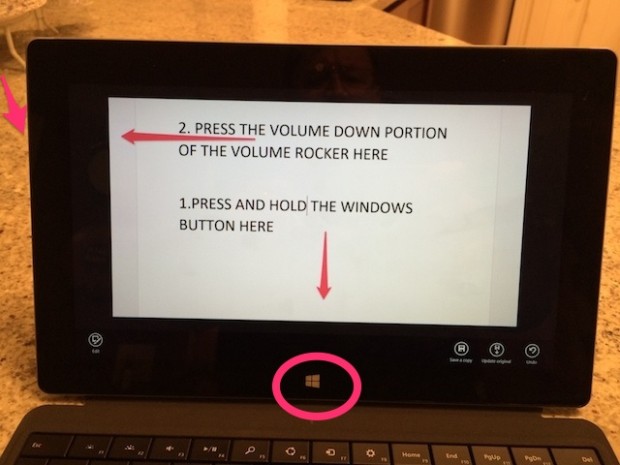 This combination will take a screen shot of what’s on your screen. You should see the screen dim slightly when this is occurring.

Perhaps it’s just me but this takes some practice to get just right. But once you get the hang of it, you can take screen shots galore.

Screen shots taken this way can be viewed in the Screenshots album in the Photos App and also in My Pictures.