How to Take Screenshots on Mac: Tips and Tricks

You may already know how to take screenshots on your Mac, but you may not know of a few different ways that you can take better screenshots and manage them more easily. Here are a few tips and tricks that you can try out, as well as a couple of apps that you should check out, which will allow you to easily manage your screenshot collection.

Screenshots are one of those under-used features on a computer, and most people don’t even realize how helpful screenshots can be in different situations. They can help during troubleshooting, when you take a screenshot of an error message and post it on a community forum for help, or screenshots can just be a quick way of sharing something that popped up on your screen with a friend or family member.

No matter what you use screenshots for, here are some tricks that you can use to help you take better screenshots and make it easier for you and the person you’re sharing the screenshot with. 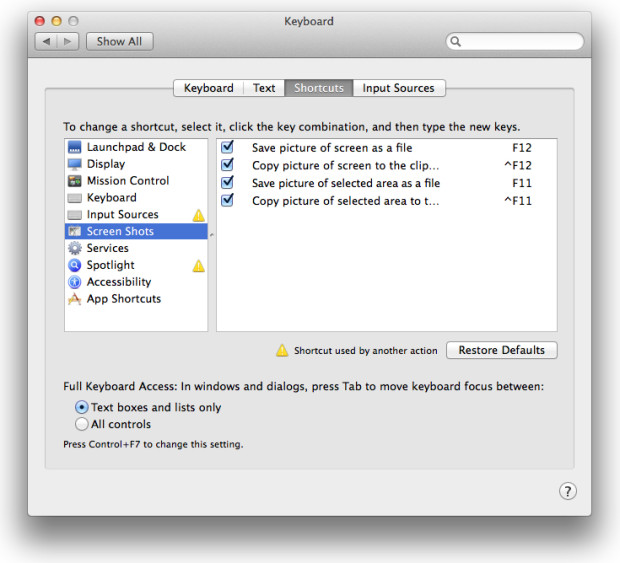 After you changed the screenshot keyboard shortcut to something a bit more manageable, you can now take advantage of a couple of cool tricks that you might have not known about.

To screenshot a specific window that’s open on the desktop, you probably take the screenshot selector and roughly capture the window that way, but you can also simply just press F11 (or Command-Shift-4 by default) and then press the Space bar. Now all you have to do is highlight a Finder window or an application window and click to take a screenshot. You can it a step further by pressing Command after you’ve pressed the Space bar in order to screenshot only parts of a window, such as pop-ups or drop-down menus.

You can also press Ctrl along with your screenshot keyboard shortcut to take a screenshot and have it automatically copied to the clipboard, where you can then paste it into supported applications.

You most likely know Dropbox as one of the most popular cloud storage services on the market right now, but did you know it can also be used as a very useful screenshot-sharing tool? One of the service’s newest features is the ability to have all screenshots automatically saved and synced to your Dropbox folder, and then copied to your clipboard. 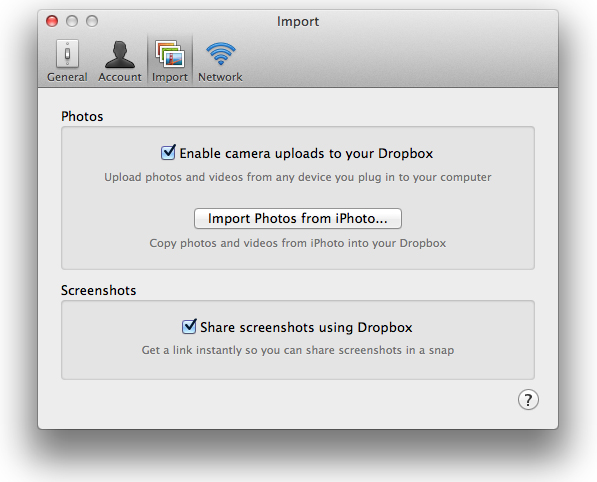 To enable this feature, just go into your Dropbox settings by clicking on the Dropbox menu bar icon and clicking the gear icon to go to the Preferences. From there, click on the Import tab and put a checkmark next to Share screenshots using Dropbox.

In similar to fashion to Dropbox, albeit in its own unique way, you can save screenshots to Evernote and share them with others. You’ll just need the Skitch app to do it. In Skitch, you can take a screenshot in many different ways, and this bypasses OS X’s default ways taking a screenshot. 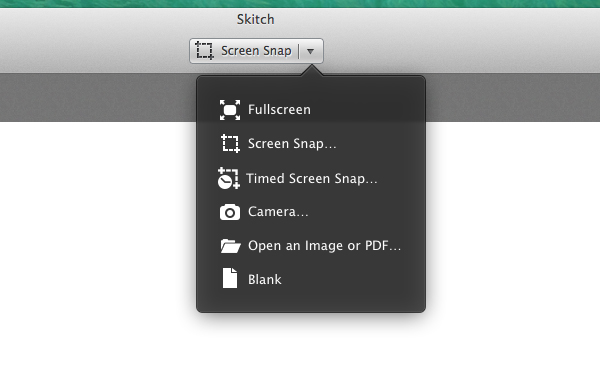 After you take a screenshot using Skitch, you can annotate it if you’d like, using many of the tools available in Skitch, and then save it directly to Evernote. From there, you can share it with friends and family just like how you would share a traditional note: Right-clicking on the screenshot saved in Evernote and choosing Share. From there, you’ll have several sharing options to choose from.

Of course, there are many other screenshot tools available for Mac, with OS X’s built-in Grab app being another popular option, but we found that taking advantage of any of the three options above yielded the best results, and they will for sure take your screenshot skills to the next level, making it easier and quicker to take them and share them with anyone.