If you have a ton of photos on your iPhone that you need to put on your Mac, here’s how to transfer photos from your iPhone to your Mac.

There are a few ways you can transfer photos to your Mac from your iPhone, some of which may be more convenient for you than others. Apple has made it easier for users to do this, thanks to the new Photos app that released with the OS X Yosemite 10.10.3 update.

With iCloud Photo Library, you can sync up your iPhone and Mac so that when you take a photo on your iPhone, it will automatically show up on your Mac without any extra effort. Of course, many users have come across syncing problems with Photos, but hopefully Apple fixes them soon enough, and there are temporary fixes that you can try out for yourself as well.

However, you don’t have to use the new Photos app to transfer photos to you Mac from your iPhone, as there are a handful of other options that you can use.

Here’s how to transfer photos from iPhone to Mac.

Again, with the new Photos app you can have your iPhone photos automatically transfer to your Mac using iCloud Photo Library, perhaps making it the easiest option if you enjoy automation. 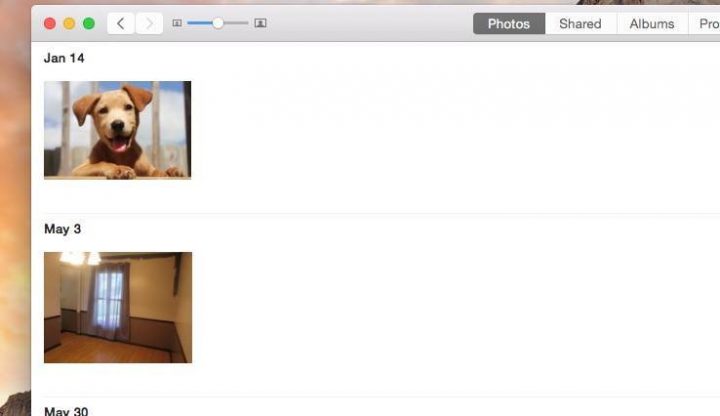 If you’re a religious user of Dropbox, then you might enjoy taking advantage of its photo uploading feature. 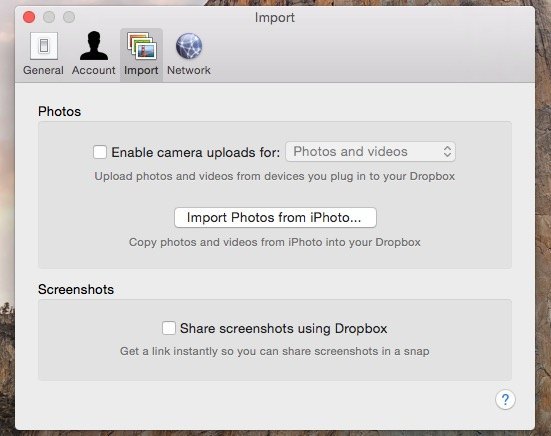 You can enable the feature in Dropbox settings on your Mac, as well as on your iPhone. When you enable it on both devices, any photos that you take on your iPhone will automatically be uploaded to your Dropbox account the next time you open up the Dropbox app on your iPhone (you can also just keep the app open in the background).

From there, you can access your Dropbox from your Mac and the photos will automatically be placed in the Camera Upload folder, from which you can then move the photos to another folder somewhere else on your Mac.

It’s a really easy solution for transferring photos to your Mac from your iPhone, especially if you use Dropbox frequently anyway. However, it’s important to keep in mind that these first two options aren’t the best for videos, as the larger file size can take forever to sync with your Mac.

If you’re not a big fan of the new Photos Mac app or Dropbox, perhaps the easiest way to transfer photos to your Mac from your iPhone is by using a built-in OS X utility called Image Capture. 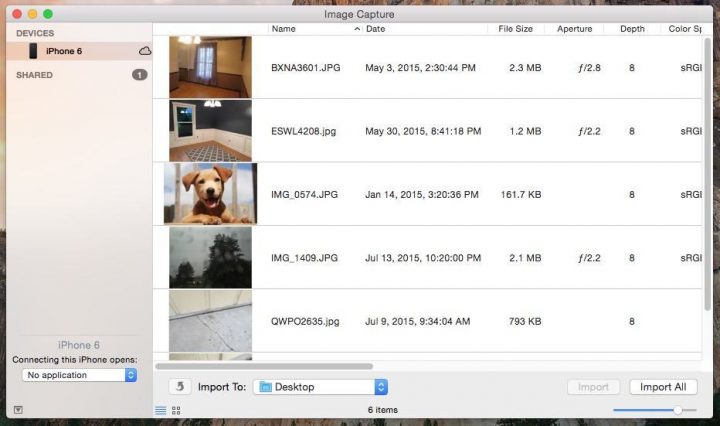 Image Capture is dead-easy to use. All you have to do is plug in your iPhone into your Mac, fire up Image Capture, select your iPhone from the sidebar, and then click Import All in the bottom-right corner. You can also select certain photos and then hit Import to only transfer those selected photos to your Mac.

This is the best option for videos, since you don’t have to rely on the cloud in order for those large file sizes to sync across devices. You can just import them and they’ll instantly transfer in a few seconds, depending on how long the video is.