There’s now a really easy way to transfer Spotify playlists to Apple Music, and it requires very little effort. Here’s how to do it.

We’ve recently talked about the different ways to get your Spotify playlists on Apple Music, and it wasn’t as easy as it sounded, since Apple doesn’t have a built-in feature that lets users migrate their Spotify music to Apple Music.

However, a new third-party tool has released that makes the process as easy as we’ve seen so far.

The app is called Move to Apple Music and it’s available only on OS X. It’s a lot easier to use than other solutions that we’ve used, including S.t.A.M.P., which has been the best automated solution so far, but importing Spotify playlists using S.t.A.M.P. requires exporting the playlists in a .CSV file first, and it’s really not as automated as it should be. 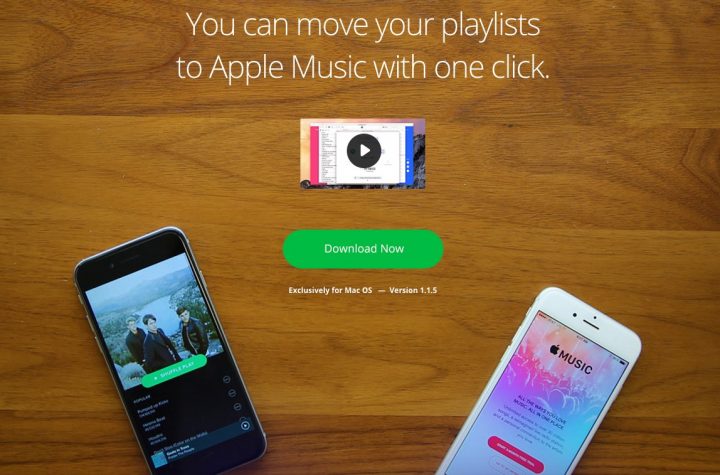 With Move to Apple Music, the process to transfer Spotify playlists into Apple Music is a lot easier and quicker, and the app even works with Rdio playlists as well.

Again, we’ve already discussed a few ways you can transfer Spotify playlists to Apple Music, but the easiest way to do it is by using the new Move to Apple Music app that you can download onto your Mac.

Unfortunately, it’s not free to use, as it costs $4.99 to download, but considering that it would take hours (potentially) to recreate playlists in Apple Music, spending $4.99 to save you all that time is probably worth it for you. Plus, we have yet to discover a free alternative that’s this easy to use.

In any case, once you have the app downloaded and installed, fire it up and follow these steps:

The first thing you’ll see when you fire up the app is an option to select either Spotify or Rdio. Since we’re using Spotify, we’ll select Spotify. 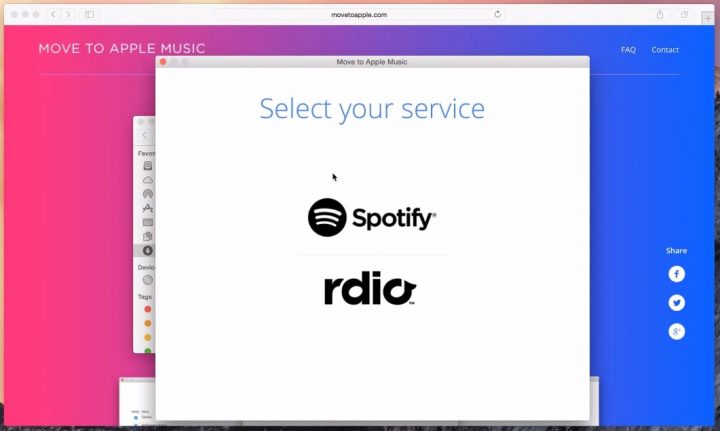 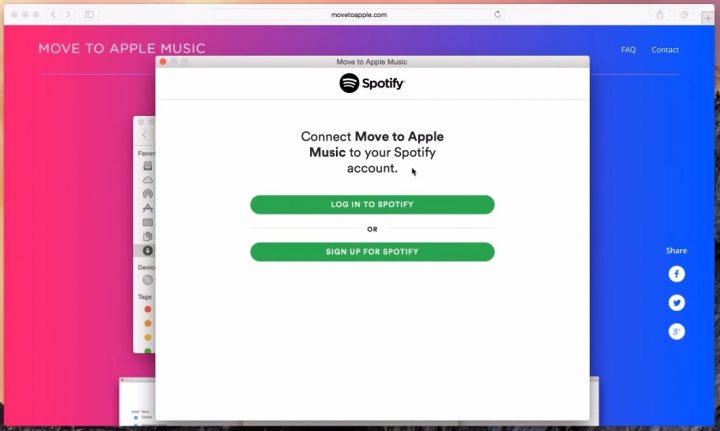 From there, the app will show a list of your Spotify playlists, and you can uncheck or check any of the playlists shown. After you’re done selecting playlists, click Next. 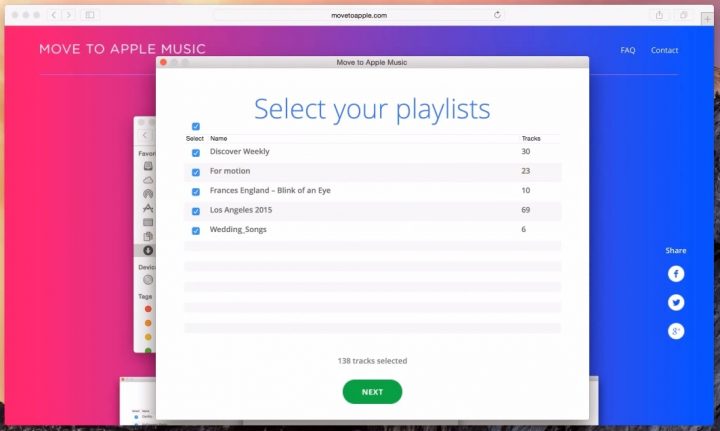 The next part is a bit weird, but it what makes the app gain access to iTunes and transfer your playlists from Spotify into Apple Music.

Start by clicking Capture Session in the Move to Apple Music app and then open up iTunes. From there, you simply just need to “like” any song in your iTunes library by clicking on the heart icon to the right of the song. You may have to like several songs for this to work, but you should eventually see a big “Yes!” appear in the Move to Apple Music app. Click Next to move onto the next screen. 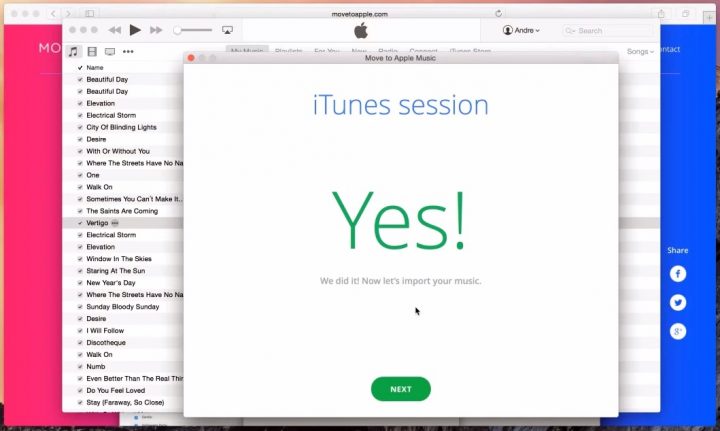 At this point, your Spotify playlists will begin to transfer to Apple Music. Depending on how many songs and playlists you have, this process could take a while, so sit back and relax for the time being. 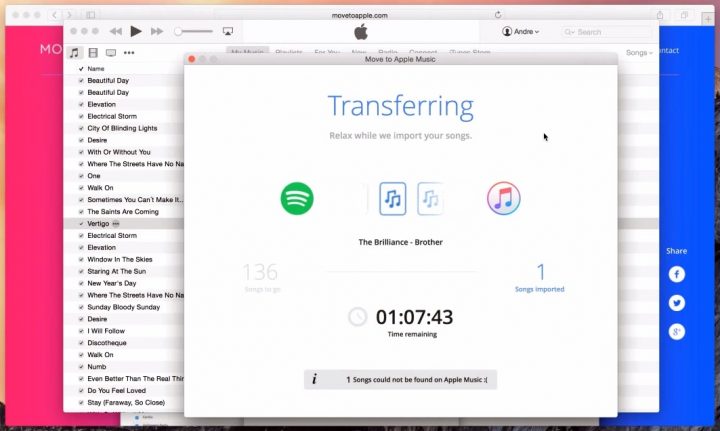