If you don’t want to pay the $60 for the Philips Hue Tap switch, here’s how to spend half that and still get the same functionality with the $25 Dimmer Switch.

While the Philips Hue lineup of products mostly consists of different bulbs and lights, there are actually two different physical light switches that you can buy for your Philips Hue lights: the Dimmer Switch and the Tap.

The Tap switch has been around for a while now, while the Dimmer Switch is a rather new addition to the Philips Hue lineup, and both offer different functionality.

The Tap switch comes with four different buttons that you can customize and assign each to a specific scene, while the Dimmer Switch is more of a simple solution that acts like a regular light switch with an integrated dimmer. 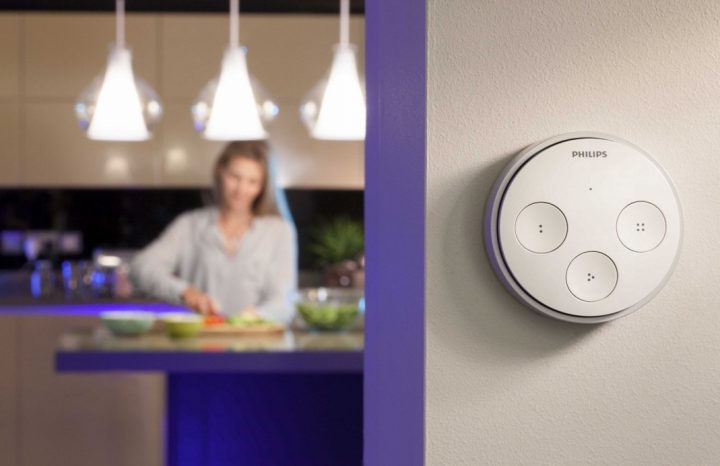 There are two ways that you can buy a Philips Hue Dimmer Switch. The first way is simply buying it by itself for $25.

However, if you’re in need of more Philips Hue bulbs anyway, you can get the Dimmer Switch Kit for $35, which comes with a Dimmer Switch and a Hue White bulb.

If you go this route, you’re essentially only paying $10 for the bulb, saving you $5 for doing nothing (since a Hue White bulb costs $15). I did this for all three of my Dimmer Switches in my house, grabbing three Hue White bulbs in the process and saving myself $15 with no extra effort.

Turn a Dimmer Switch Into a Tap Switch

Now that you have your Dimmer Switch(es), it’s time to turn them into Tap switches. You’ll need one app to make this possible, and it’s called iConnectHue.

Unfortunately, iConnectHue is only available on iPhone and iPad, but hopefully the developers come out with an Android version sooner or later.

The app costs $4.99 in the App Store, which is really a steal considering all of the functionality that you get, so while we’ll be using the app to show you just one feature, there’s a ton more to explore within the app.

In any case, once you have your Dimmer Switches connected to your Hue Bridge and ready to go, as well as have the app downloaded, open it up and we’re going to start by creating scenes that you’ll program into your Dimmer Switch, just like on the Tap.

Unfortunately, iConnectHue can’t import scenes that you’ve set up in the official Hue app, so you’ll have to re-create them in iConnectHue.

To do this, tap on the Menu icon in the top-left corner and then select Controller. On this screen, you’ll see all of the groups that you’ve put together, as well as the Dimmer switches that you currently have set up. If you don’t have any groups set up, you can do so by tapping on Add Group. 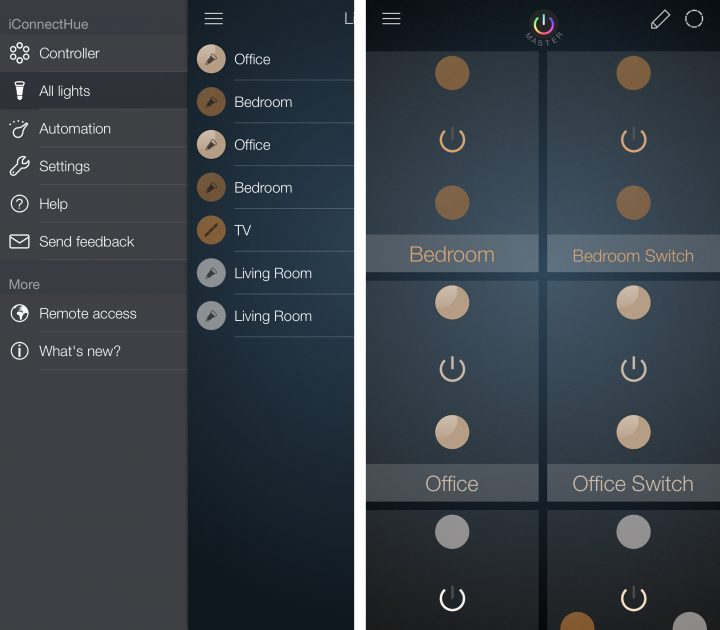 Next, select a group and create a scene that you want by adjusting the lights. iConnectHue can take a bit of a learning curve to figure out, but the basics can get you to where you want to go: Double-tap to turn on a light, single tap to open up the color selector and dimmer, and then drag and drop a light onto another light to copy light statuses to another bulb.

Once you have the lights where you want them for a specific scene that you want to create, tap on the Scene icon in the very top-right corner. 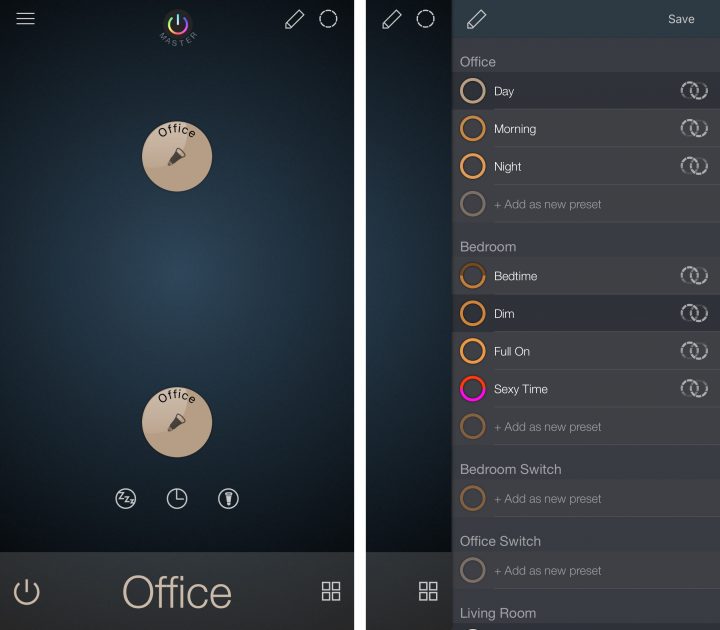 A pop-out will appear where you’ll find the group associated with the lights that you’ve turned on and then tap Add as new present. Give the present/scene a name and then tap Save. 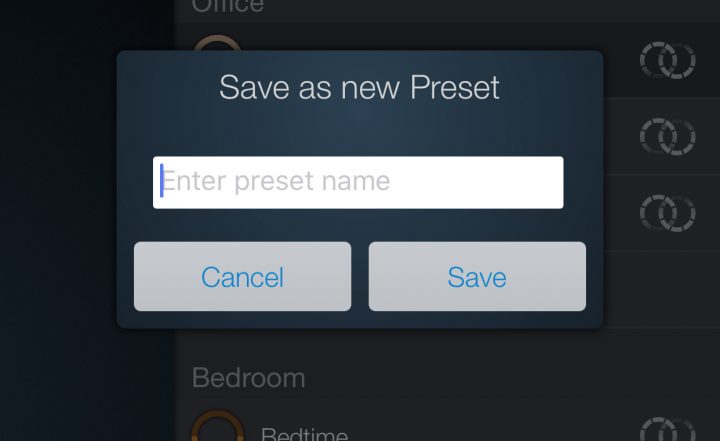 Once you’ve created all the scenes that you want, tap on the Menu icon and then tap Settings. From here, select Bridge & Devices. This is where your Dimmer Switches will appear. Tap on the Dimmer Switch that you want to customize. 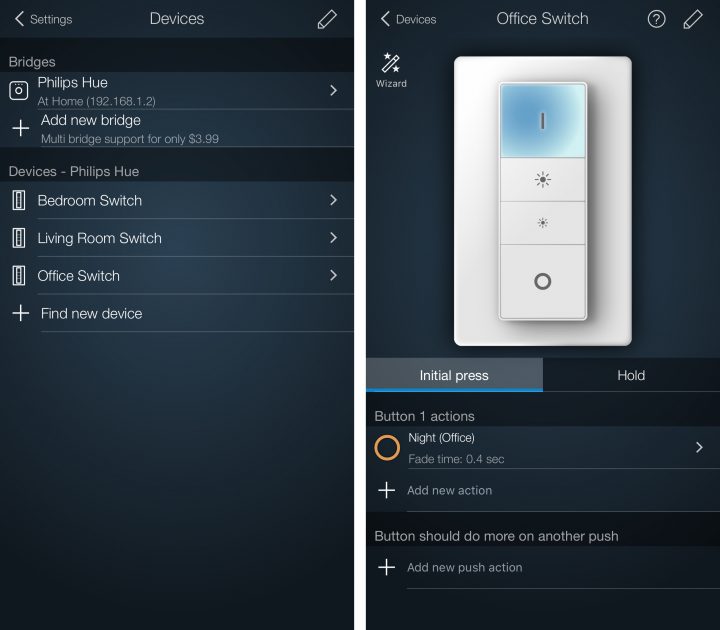 This next screen is where you can customize the buttons on the Dimmer Switch and set up to eight actions for each switch.

Initially, each button will already have a default action assigned to it. Simply swipe to the left and hit Delete. After that, tap on Add new action. 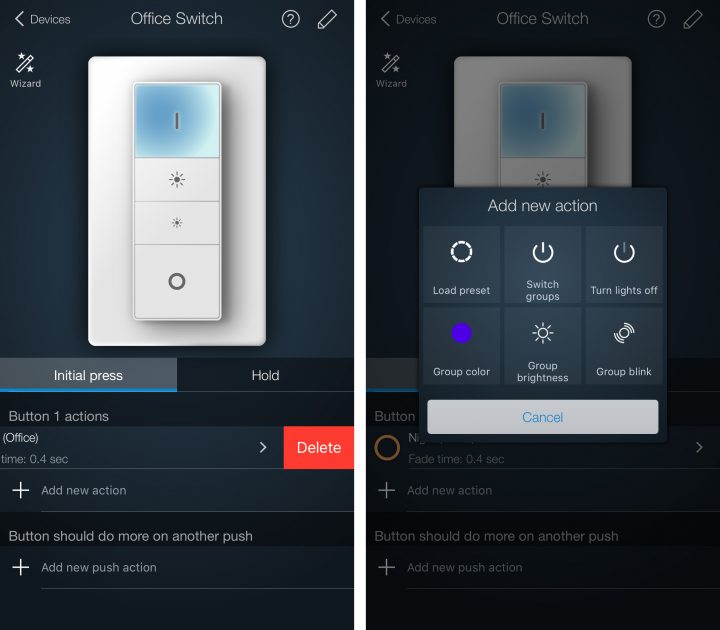 When the pop-up appears, select Load preset and select the preset/scene that you want associated with that button on the Dimmer Switch. 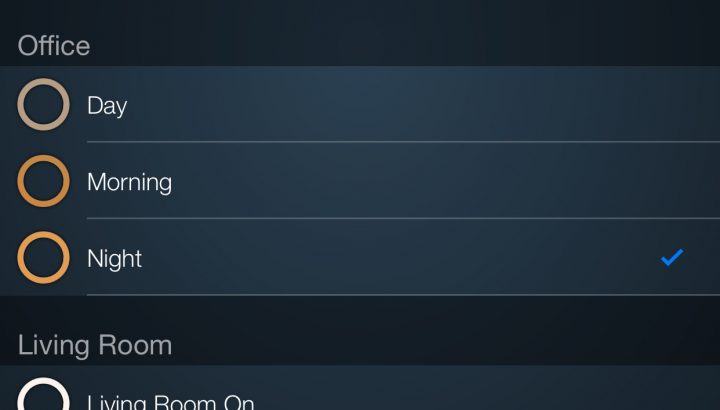 Repeat this process for each of the buttons on your Dimmer Switch. It can be a long process depending on how many actions and scenes you want to set up with the your switch, but it’s worth it. Plus, doing this definitely beats paying $60 for the Tap just to have physical buttons for changing to different scenes.