While you can by smart light bulbs and even smart slow cookers, here’s how to turn the stuff you already have into smart appliances.

While I love my Philips Hue light bulbs and enjoy turning on my lamps from anywhere without having to get up and turn the lamp on manually, not everyone wants to spend that much money for that type of luxury. After all, Philips Hue bulbs can cost as much as $60 per bulb.

Aside from light bulbs, there could be other appliances and things around your house that you wish you could turn on remotely, and there are even some products that don’t really come with a smart alternative, like space heaters (although that’s probably for the better).

However, if you have some things around your house that you want to control from your smartphone or just want to make them easier to control in general, here’s how you can turn almost anything into a smart appliance without spending a whole lot of money.

The GE Z-Wave Wireless Lighting Control Duplex Receptacle is a $38 option that you can wire in a replace an existing outlet. However, it does require a Z-Wave hub to connect to, live the Samsung SmartThings hub. Furthermore, it does require a bit of electrical know-how, since you’ll be wiring it in and replacing a traditional outlet receptacle. 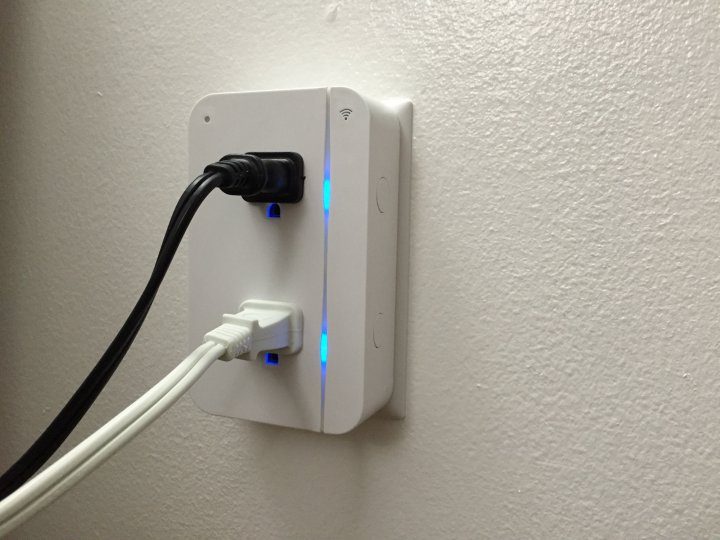 Perhaps a better option would to get a smart outlet device that you can plug into an existing outlet that doesn’t require a hub to connect to. The $39 Belkin WeMo Switch is a great option. It connects directly to your WiFi network and you can control the outlet from your smartphone, so plugging in any lamp would allow you to turn it on and off right from your smartphone from anywhere.

Keep in mind that the device you plug in must have a physical on/off switch, rather than a digital power button, or else it won’t be able to power on the device. That limits what you can control remotely, but it’s better than nothing.

If you want something similar to the WeMo Switch, but with two outlets instead of one, the $80 ConnectSense Smart Outlet is an option to consider, which allows you to control the two outlets independently instead of just one.

If you have lights or other appliances that are hard-wired and connected to a wall light switch, you can’t really use a smart outlet to control them from your smartphone. However, you can get a smart light switch. 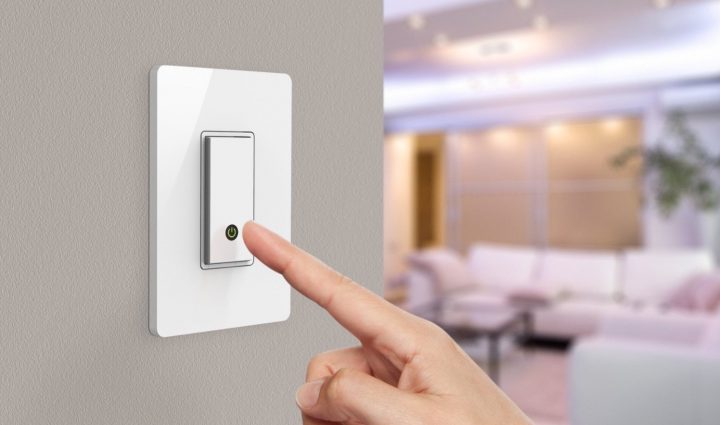 The $50 Belkin WeMo Light Switch is a good option, but it requires that you do some electrical wiring work and replace the existing light switch in the wall. However, it’s a pretty simple process.

A slightly cheaper option is the GE Z-Wave Wireless Lighting Control On/Off Switch that costs only $38, but it requires connecting to a Z-Wave hub like the Samsung SmartThings hub, just like with the GE Z-Wave outlet mentioned earlier.

If you don’t want to deal with wiring, there’s the Switchmate, which is a switch that you put over an existing switch to control it remotely. It originally started as an Indiegogo crowdfunding campaign, but it’s still in the pre-order phase.

Wouldn’t it be awesome if you could turn on and off your television or your computer and have your other accessories turn on and off with it automatically? There are some simple products that can make this possible. 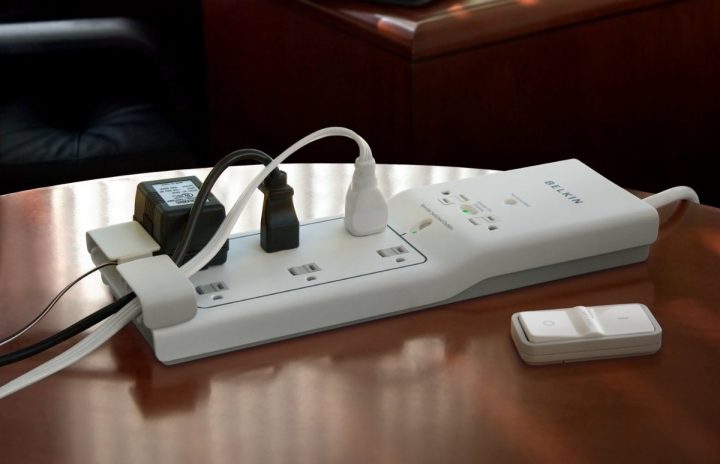 The Belkin Conserve Smart AV power strip is a cool product that automatically turns on and off other accessories when your main device turns on or off. Unfortunately, it looks like it has been discontinued, but you could easily find them on eBay or another third-party source.

The Belkin Conserve Switch Surge Protector is perhaps the best option, and it has a couple of cool features that add a bit of smarts to your otherwise dumb devices.

The surge protector includes two outlets that are constantly on no matter what, so things like your router or a printer that would need on all the time. Then there are six separate outlets that are all controlled from a wireless switch, so anything you have plugged into these outlets can be controlled by the switch.

You can also get Belkin’s Conserve Socket, which puts a timer on anything that can be plugged in and turn it off automatically after 30 minutes, 3 hours, or six hours.