Apple’s new 9.7-inch iPad Pro looks like a great update to the iPad Air 2 or the larger iPad Pro with the 12.7-inch display. The power and flexibility that Apple introduced in the 12.9-inch iPad display with Apple Pencil support comes to the smaller more manageable iPad Air 2 form factor. iPad fans may want that power and flexibility of the new two new iPad Pros with the great Apple Pencil stylus for inking and drawing and the great Smart Keyboard support, but they can’t afford the extra cash.

If you want the iPad Pro functionality without the extra cost, then consider our tips below. We’ve got suggestions to replace the new Apple Pencil with a third-party stylus that will give users a similar kind of pressure sensitivity and accuracy. We’ve also got excellent options for keyboard cases that can give users more flexibility than the new Apple Smart Keyboard cover. Throw in a few apps to mimic some of the ways users can draw or write on the iPad and you’ve got a knock-off iPad Pro for less money. 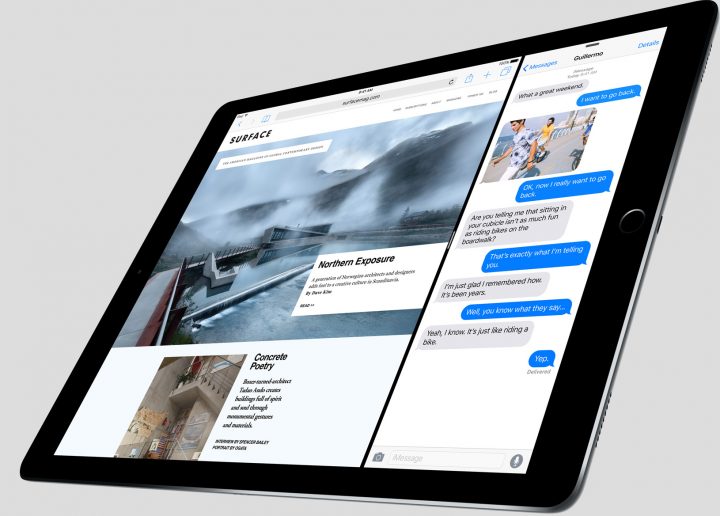 Any one interested in using an older iPad like an iPad Pro should know that the 3rd party stylus options they can buy will not work with the iPad as well as the Apple Pencil works with an iPad Pro. Third-party stylus makers can only mimic the new pressure sensitive 3D touch screen on the iPad Pro. Also, the older iPads don’t use the new magnetic connector that lets iPad Pro owners connect a keyboard without using Bluetooth. 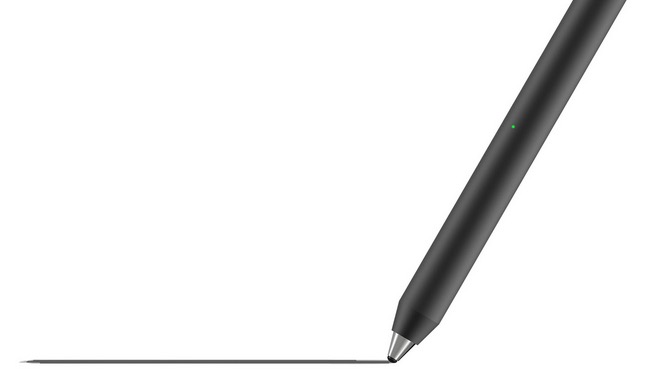 The best fine-tip stylus comes from Adonit. They make a number of excellent writing and art tools for iPad, but their latest is the Adonit Jot Dash ($49.99). 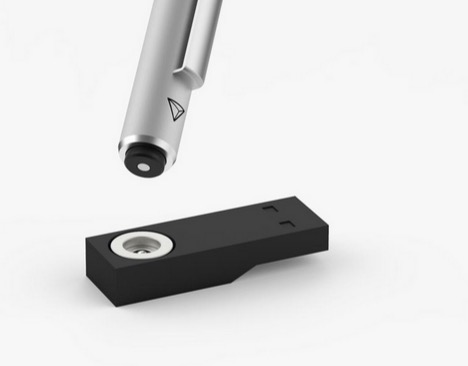 The Adonit Jot Dash comes with a USB charger that plugs into a port and magnetically attaches to the top of the stylus. Press the button on the top of the pen to turn it on and it starts to work without any Bluetooth connection.

The Dash works on all iPads and works great. I can draw and write with precision. I take a lot of notes on my iPad in a number of note taking apps, including Notability ($5.99), the best note-taking app for iPad.

A second option is  “Pencil” from fiftythree ($49.99 on sale at present), the makers of the beautiful art/drawing app Paper (Free and now on iPhone). It looks like an old-fashioned art pencil with flat edges and thick pencil-like tip.

Like the Apple Pencil, when a user works inside supported apps like Paper, the person drawing can use the tip for a finer point and angle it for a wider, softer drawing point. The other end of the Pencil by fiftythree works as an eraser. Press harder on the drawing tip for a darker mark. Use a finger to blend or smear, like one would with a regular paper and pencil. In the Paper app there’s palm rejection while using the Pencil by fiftythree.

The app is free and works on both iPad and recently they added support for iPhone.

The Apple Smart Cover connects to the iPad Pro using magnetic connectors along one of the long edges of iPad Pro. No iPad Air or iPad Air 2 keyboard will work like this, but after the user connects the keyboard via Bluetooth, it will connect when the iPad Bluetooth is on. To save battery life leave it off when not using they keyboard and turn it on using the slide up iOS Control Center.

Please see How to Connect a Bluetooth Keyboard to Your iPad.

Using an external keyboard requires Bluetooth. To turn on Bluetooth, tap on the third button from the left in the top row as seen above.

The first choice comes from Logitech. The Logitech Keyboard Folio ($99.99) case works similarly to the iPad Pro Smart Keyboard. It protects the iPad with a thin cover and adds a Bluetooth keyboard as well. 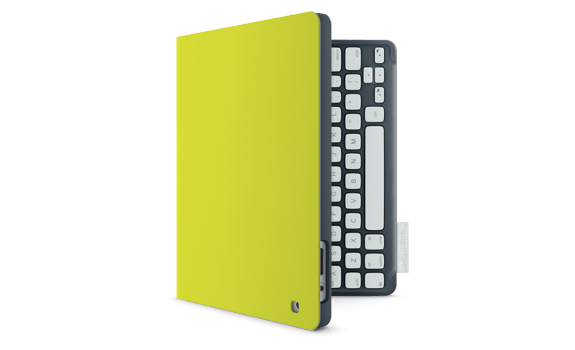 The Logitech Keyboard Folio charges using an included USB cable. It connects via Bluetooth and lasts up to three months on a single charge.

Inside the cover are hidden magnets that hold the cover closed while also turning on the screen when the cover opens.

The case/keyboard holds the iPad at a comfortable viewing angle while typing.

Logitech also makes another iPad keyboard cover called the Logitech BLOK ($129.99). It looks a little like the Microsoft Surface Pro 3 design because it’s a keyboard that opens and has a kickstand on the back to prop it up.

The BLOK offers more rugged protection with impact resistant edges that compress if the owner drops their tablet. It also protects against regular bumps and even spills. The BLOCK comes in multiple colors and the detaches like the Surface Pro 3 Type Cover.

As we said above, the Pencil by fiftythree works best with Paper, the company’s beautiful drawing app. It’s not the only app that takes advantage of the pressure sensitivity that comes with Pencil. The company lists a few others and here are a couple of recommended iPad apps.

Apple made a big deal out of the new version of iMovie available on iPad Pro. Get that power on other iPads with Pinnacle Studio ($9.99), a multi-track editing app. 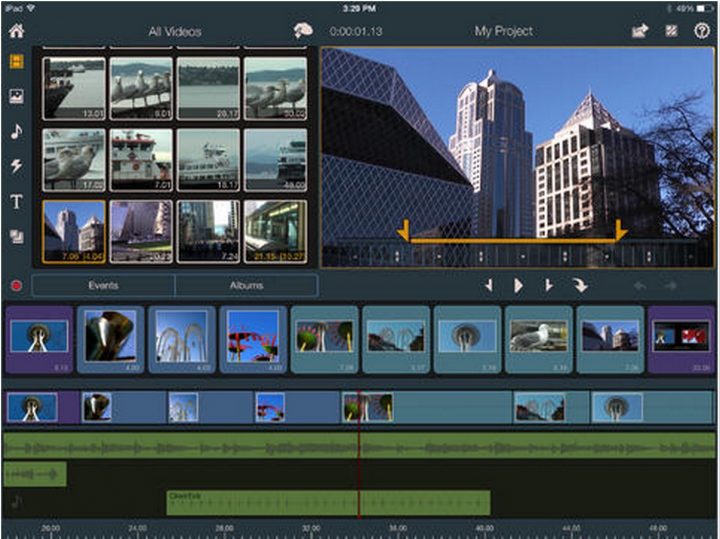 Pinnacle Studio includes some advanced editing features on iPad. This includes things like storyboard, precision cuts between clips, pro-level transitions and effects plus a soundtrack feature.

The app works with the advanced consumer-level Pinnacle Studio video editing apps for desktop. That way the user can edit on their iPad and then export to their computer for finishing touches.

Thanks to the Apple Camera Connection kit connected to the iPad’s Lightning connection, users can work with any media on their iPad as well as media on an external flash card. They can also import media from services like Dropbox, Vimeo, Box, Google Drive or Microsoft’s OneDrive (this requires an in-app purchase).

Premiere Clip users can quickly import their media, fix lighting, add transitions or slo-mo effects and then punch it up with some sound tracks. They can edit the volume of the video’s audio and make all the clips sound the same with simple normalization tools.

Other Adobe mobile apps make it easy to work with pictures or video before importing them into Clip.

Save Money Compared to iPad Pro

Using the above accessories and apps brings iPad Pro functionality up to the iPad Air or iPad Air 2. It also saves a lot of money. Here’s why: