S Voice is Samsung’s personal assistant app that runs on the Galaxy S5 as well as on older devices like the Note 3 and the Galaxy S4. With S Voice users can ask for the weather, make calls, start a search and much more. Many of these features are similar to Google Now, which leaves many Galaxy S5 owners with two apps when they only need one.

By default S Voice is accessible from a double tap of the home button, while Google Now is through a long press. In addition to picking the service you use and avoiding an accidental S Voice launch, disabling home button access to S Voice speeds up the response of the home button slightly. 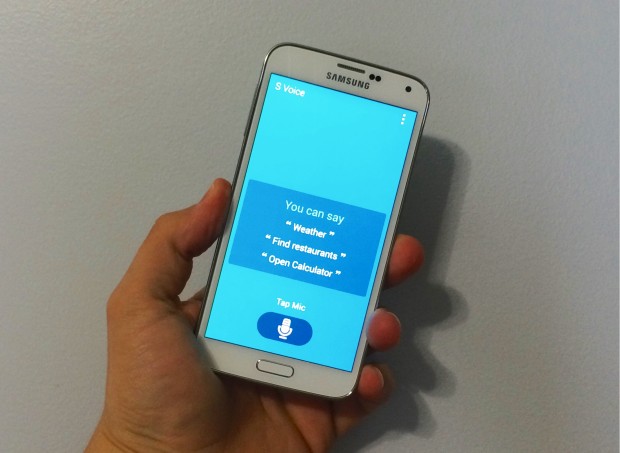 Here’s how to turn off S Voice on the Galaxy S5 at the home button and completely.

How to Turn off S Voice on the Galaxy S5

Turning off S Voice takes about 30 seconds and is easy to turn back on if you decide you want to use it. This part of the process will turn off the S Voice home button shortcut and speed up the home button for some users.

2. When S Voice opens look for the three dot menu icon in the upper right. Tap on it. 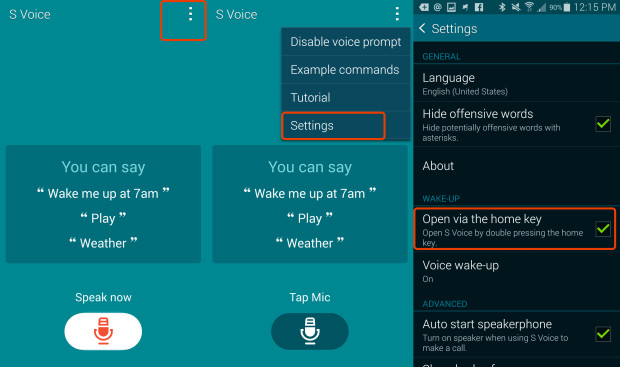 3. Tap on Settings to access all of your S Voice options.

4. Under the Wake-Up section in the middle of the screen uncheck Open via the home key.

That’s all there is to turning the S Voice home button shortcut off. S Voice is still installed and accessible on the Galaxy S5 after this, but you will need to tap on the icon in the app drawer to get there.

How to Turn Off S Voice Completely on the Galaxy S5

If you don’t want the service running on your Galaxy S5 at all you can use the App Manager to turn it off, which is as close as you can get to un-installing S Voice on the Galaxy S5.

2. Find the Application Manager and tap on it. 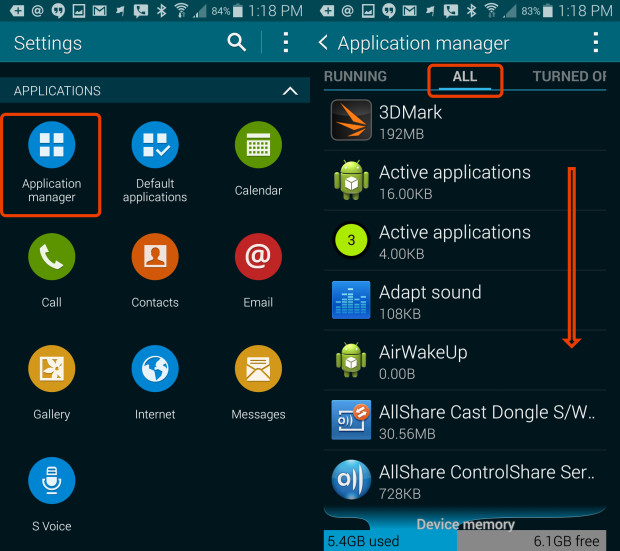 Find the Application Manager to Turn off S Voice on the Galaxy S5.

3. Swipe to the left twice for the All option.

4. Scroll down until you see S Voice. 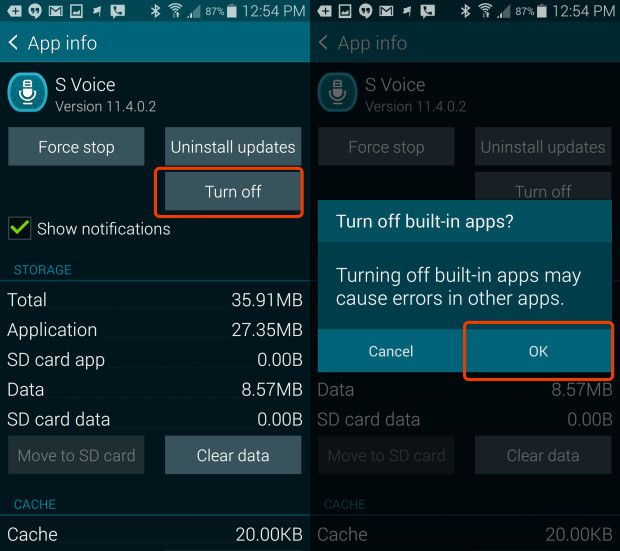 Agree to the warning that this may break things.

6. Agree that it is OK even though this may impact other apps.

After that it is now turned off. There is a chance some apps may not work right, but it is small. If you notice any issues you can follow these instructions but keep swiping until you are on the Turned Off list. You can tap on the app and turn it on.

From here on out you should see a faster home button and you won’t accidentally open the S Voice app.