If you bought an Apple Watch, whether it was the Apple Watch Sport or the stainless steel model, you might still be wishing you had the beautiful gold Apple Watch Edition. Here’s how you can make your cheaper Apple Watch look like it’s worth $10,000.

The Apple Watch Edition is made out of pure 24-karat gold, which is why the price tag is so hefty, but most likely you don’t have that kind of money lying around to spend on a fun little gadget.

Instead, there are some methods for turning your lower-priced Apple Watch into an Apple Watch Edition, whether it’d be through DIY methods or having a professional do it for you. Plus, there’s all sorts of price ranges for “gold-plating” your Apple Watch. Simple spray paint can work perfectly if you’re on a serious budget after you spent all your money on an Apple Watch, or if you have some spare cash lying around, take it to a jeweler and have it gold-plated for real.

Whatever option you consider, it can be a great way to give your Apple Watch a bit of identity and uniqueness, and it can be a major status symbol that can tell others that you mean business. While it won’t be an actual Apple Watch Edition, no one will know the difference, and if you’re like me, you’re someone who buys the low-cost lookalike of fashion accessories and clothing.

Without further ado, here’s how you can turn your lower-cost Apple Watch into a gold Apple Watch Edition.

If you’re looking for the cheapest option, buying some gold spray paint is perhaps the best option here. It won’t give your Apple Watch the exact look as an actual Apple Watch Edition, but it can make it pretty close.

YouTuber Casey Niestat demonstrates how you would spray paint an Apple Watch, and it takes a bit of precision with painters tape and steady hands. You’ll have to tape over everything that shouldn’t get painted over, like the screen, buttons, and the sensors on the bottom of the watch, so be prepared to put that hobby knife to work. 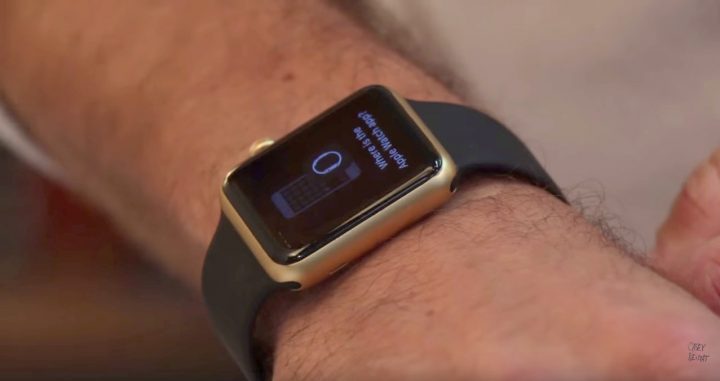 As for the spray paint, it appears Niestat uses a Design Master gold-colored spray paint without using any kind of primer or clear coat, which can be fine, but as you can see with the finished product in the video (and pictured above), it leaves a dull gold color that doesn’t look as great as the shiny gold on the Apple Watch Edition, and it will most likely chip off easily.

Instead, you’ll probably want to do a light primer coat, followed by the gold spray paint and then a light clear coat to give it its shiny-ness, as well as protect it from easy chipping.

Other spray paint brands are fine to use, but Design Master seems to have the closest shade of yellow-gold that matches the Apple Watch Edition.

If you want an overall better look, taking it to a professional jeweler or someone else that does gold playing would be the best option without spending $10,000 on an Apple Watch Edition.

A company called WatchPlate will gold-plate your Apple Watch Sport or stainless steel Apple Watch for $399, which is way better than spending $10,000 if all you want is the gold look. Granted, this will simply put a very thin layer of gold on your Apple Watch, but it’ll be a much better look than if you were to spray paint it. 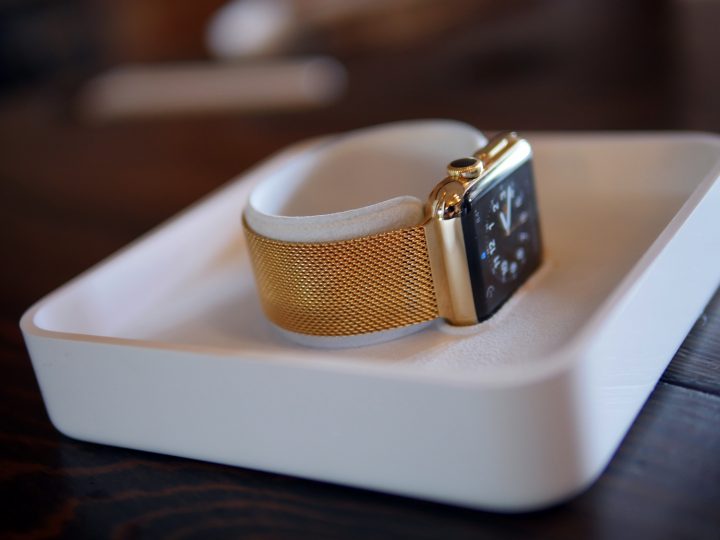 The process is fairly easy as well. Just ship them your Apple Watch and a few days later they’ll ship it back out to you complete with the gold plating.

One thing to be aware of is that gold is very soft, so with that thin layer of gold on your Apple Watch, I wouldn’t be surprised if it scratched easily. With the stainless steel Apple Watch, you can fix scratches relatively easily, but you can really fix those scratches on a gold-plated surface, so be careful.