Android Apps Carriers Google how to

How to Uninstall or Hide Unused Android Apps

If you are like most Android smartphone and tablet users, you probably have a few apps taking up valuable space on your device you’d rather uninstall, or apps sitting in the application tray you never use and would like to hide. This time of year many people are getting new devices, and these steps are worth taking to clear or hide unwanted apps.

Whether it’s a a video or NFL app on Verizon phones, or those MyATT or AT&T Navigation apps, you’ll want them gone. Sadly almost all US carriers add tons of what we call “bloatware” apps to their devices, which can’t be uninstalled, but we’ll still tell you how to partially get rid of those, as well as other apps a friend or family member may have installed that you’d like to remove. 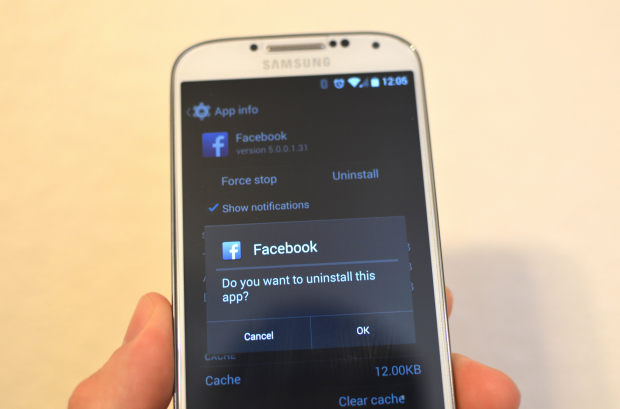 Uninstalling an Android app from your smartphone or tablet is extremely easy, not to mention there’s a few different ways you can achieve the same goal. If you’ve downloaded apps from the Google Play Store, simply go to the same place you installed it (search for the app name) and under the “Open” button in Google Play will be an uninstall option, just tap that.

That may be the easiest way, but it’s not necessarily the best. Not to mention you can’t hide pre-installed apps that way. Sadly many of Google’s apps like Currents, Keep, or even Quick Office can’t be removed without hacking your phone, and the same thing applies to all those Verizon, AT&T, T-Mobile, and Sprint NASCAR apps wasting space. Anything you download can be uninstalled, but all these pre-installed apps can only be hidden. And we’ll explain how to do both below.

We’ll start with uninstalling apps, since many of you probably have friends, family, or kids installing apps on your device and you’d just like them gone. The first way isn’t the quickest, but it’s the most efficient in the long-term. It may look slightly different on Samsung or HTC devices, but the method still applies.

Step 1: Head into Settings by finding the gear-shaped icon in the app tray, notification bar, or by hitting menu and tapping settings.

Step 2: Scroll down to device and select “Apps” 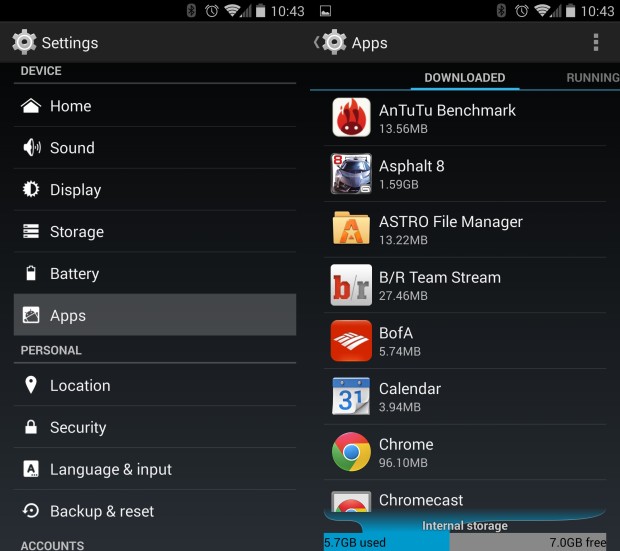 Step 3: There’s downloaded, running, all, and disabled options available. Be careful not to uninstall apps from the running tab, as you may cause problems with your device. Instead we’ll want to focus on downloaded first. As you see above.

Step 4: Now tap the app you’d like to remove. Here we have Instagram, but this could be Angry Birds or any app/game someone has installed. The best case is to select the app and then make sure to tap the clear cache & the clear data buttons, then go ahead and continue by selecting Uninstall as shown below. 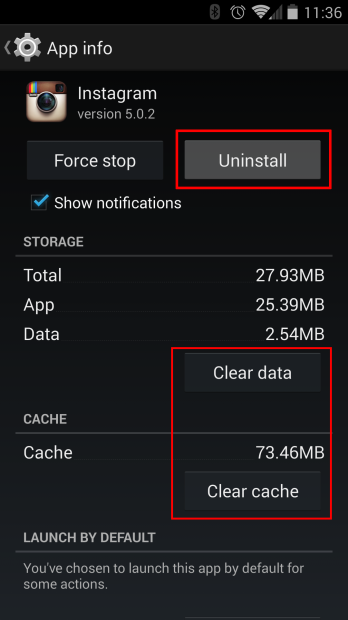 After a few moments it will uninstall, and you’re done. It’s gone forever. The clear cache and data option isn’t required, but this removes other little bits and leftovers from staying behind once an app has been removed. This should keep things clean, and your device running smoother in the long run.

Next, and most important for many average consumers that don’t download tons of apps, and just want all those pre-installed ones gone, is how to hide an app. If you’ve ever used a Verizon or Sprint Android smartphone, you’ve probably been frustrated by the pile of Sprint ID, Nascar, Navigator, NFL Mobile, and other apps wasting space in your app tray. Like this stuff: 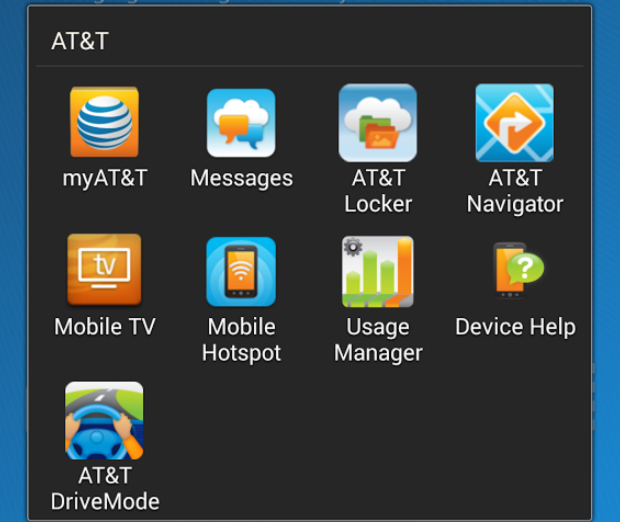 This won’t remove them, but will hide them from the app tray. I love NFL Mobile from Verizon, but the rest are unnecessary. So here’s how to hide them.

Step 1: Follow the first two steps above by heading to settings, then apps, and getting the list of apps, but now you’ll head to “All” instead of downloaded. Again, being careful to only disable apps you know aren’t important, like navigation, Google Currents, Google Keep, Verizon, ATT, Sprint ID, T-Mobile Apps, and things of that nature. Don’t disable system apps, as you may cause issues. A prime example is QuickOffice, here’s how to hide it.

Step 2: Instead of clearing all the cache/data and hitting uninstall (you won’t have that option on pre-installed apps) you’ll have to tap disabled. This will disable the phone from seeing the app, and hide it completely. If it has received updates you’ll be prompted to uninstall the updates, to which you’ll then be able to successfully disable (and hide) the app. 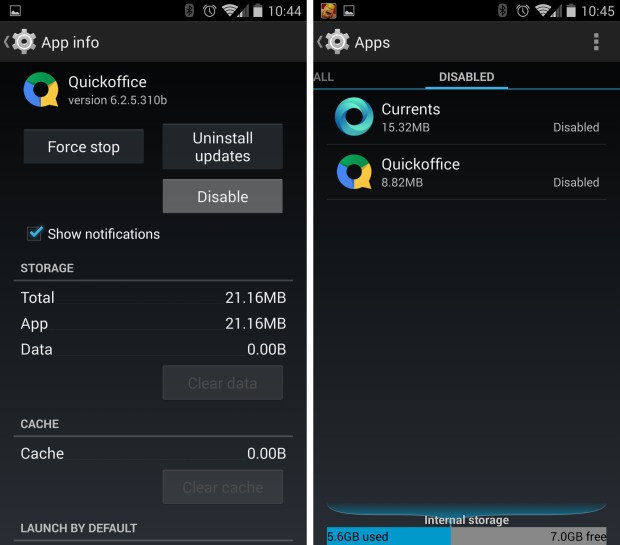 Once disabled the app will no longer appear in the application tray on your device, nor will it appear in any of the share menus when trying to share a picture or video. The app is essentially hidden from the device completely. Alternatively if you’d like to add it back, simply head here again and tap Enable and it will reinstate the application.

That’s it, it is that easy to uninstall or hide apps on your Android smartphone and tablet. Once again if you’re hiding or uninstalling apps be sure to use caution before you just go clearing anything and everything, or you could cause damage to the device and require a factory reset to get it working again, losing all your important information.

Uninstalling unwanted apps should keep your device running a little better in the long run, as you won’t have unnecessary things taking up space and memory, and we’d recommend uninstalling apps you don’t use. However, some may come in handy and are worth keeping around occasionally.

Should you hide pre-installed apps? That’s a yes for me, as they drive me nuts, but everyone is different. Hiding apps won’t actually remove them, and you won’t get extra space to install more games and apps, but at least they’ll be out of sight and out of mind. Some pre-installed apps are useful, but not many, so do as you’d like.

Hopefully the few simple steps abpve will get your device how you want it, and cleaner after you spend a few minutes with it.