Do Not Disturb in iOS 7 is a perfect way to silence calls, texts, notifications and alerts from every app and contact without using airplane mode or blocking a specific person.

iOS 7 also lets you block calls, texts and FaceTime messages, but this is a global option that is more suited for sleeping without interruptions, enjoying a movie or time with friends without annoying alerts. Unlike airplane mode, you can still use the iPhone to surf the web and check in on apps you want to see updates for, but while the phone is locked you won’t get alerts.

Apple is working on an iOS 7.1 update which should not change the way this works. If iOS 7.1 adds new features to Do Not Disturb we will update this guide.

How to Use Do Not Disturb in iOS 7

To use Do Not Disturb in iOS 7 users need to tap on the iPhone Settings app, normally found on the main home screen of the iPhone or iPad. 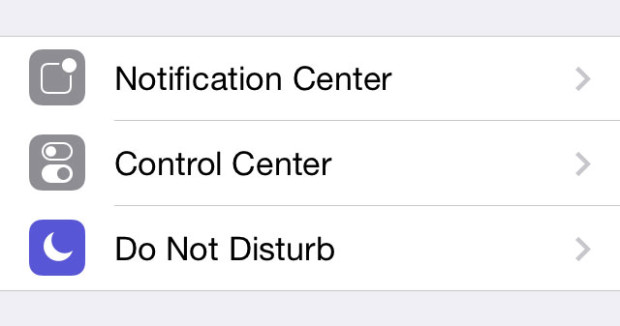 Choose Do Not Disturb in Settings to get started. 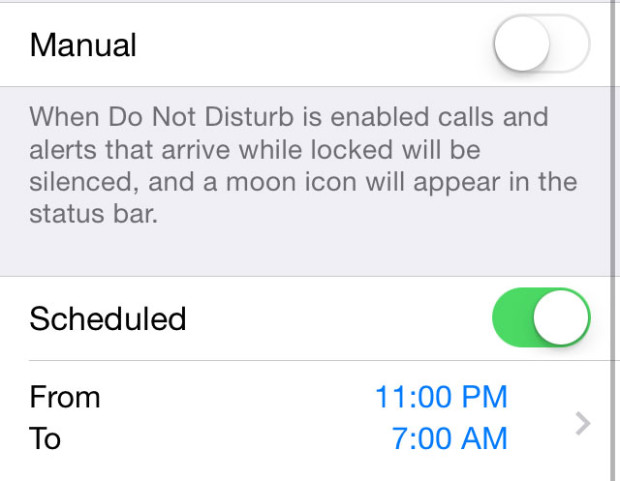 Turn on Do Not Disturb Manually or Schedule it for specific times.

Tap on Scheduled to set a start and stop time. There is no way to set a different Do Not Disturb schedule for weekdays and weekends, so if you set Do Not Disturb to start too early you may miss calls when you are out late on a weekend. Just be sure to turn the schedule off or add to your favorites.

With these steps done the basics of Do Not Disturb in iOS 7 are complete, but there are other settings to change. 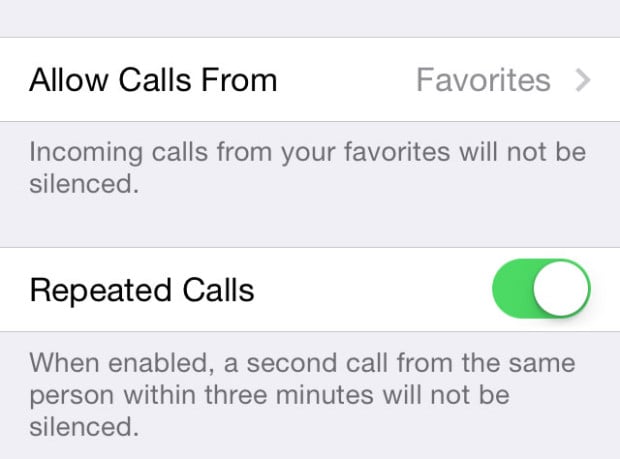 Choose which contacts can get through Do Not Disturb in iOS 7.

By default Do Not Disturb allows calls from Favorites to come through without making a second call. You will also get emergency calls from anyone as long as they make a second call with in three minutes. This will save you from a midnight wake up due to a butt-dial, but let kids, friends and family get through in case of an emergency. Just make sure the Repeated Calls toggle is set to on. 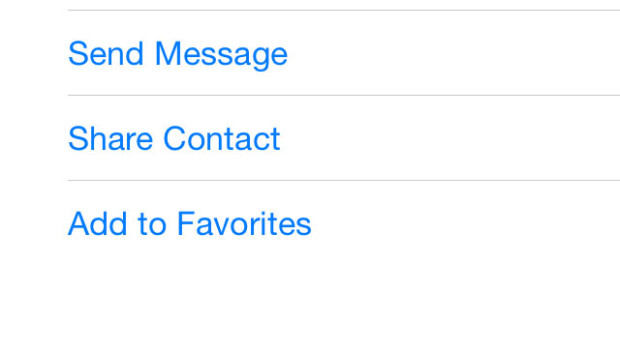 Add a contact to Favorites to allow them to get through Do Not Disturb mode.

To add someone to Favorites open the Contacts app, tap on the contact, scroll to the bottom and tap, Add to Favorites. Users can also allow calls from groups of contacts. By choosing a personal email set of contacts to get through and not a work email, family can call, but clients and coworkers won’t get through on the first call. 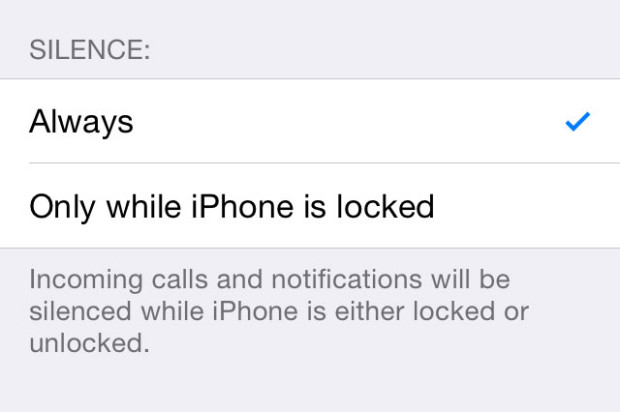 New in iOS 7 is the ability to pick when sounds should play.

No matter what options you select, there are some actions that will still make noise while Do Not Disturb is turned on. Some are good, while others are annoying.

The Siri noise will still play out loud and clear, which means if you accidentally hold the home button while using the iPhone on Do Not Disturb mode in bed next to someone you may wake them up.

The charging noise or vibration will also still sound when Do Not Disturb is On. If you have the phone switched to silent on the side, you will hear a vibration, if it is not on silent the charging noise will sound.

How to Quickly Turn on Do Not Disturb

On any screen swipe up from the bottom of the phone to access Control Center. Tap on the moon logo to turn it on or off. A white moon means it is on, along with a moon icon in the status bar, and a dark moon means it is off. 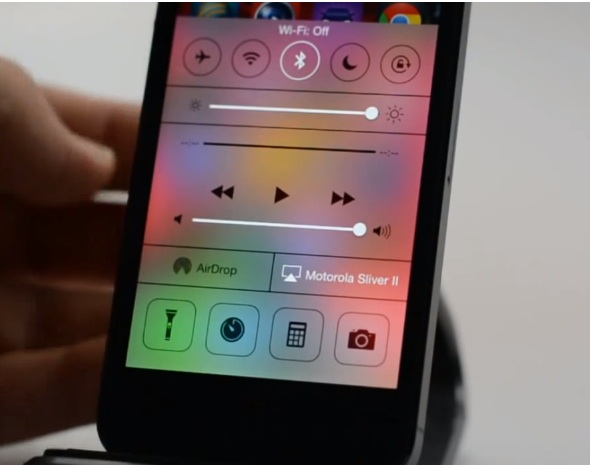 Turn on Do Not Disturb in iOS 7 quickly with Control Center.

The image above shows the options in Control Center in iOS 7, where you will find other features and shortcuts.