One of the biggest reasons to use two apps at the same time on the Galaxy S6 is to chat with someone and work on a document or watch a video while you are also working. The 5.1-inch screen isn’t perfect for using every app next to every other app, but it is a nice option to have when you need to work in two apps and you only have one device or only have the capacity to hold one device.

Samsung used to call this multi-window mode, but it is simply Galaxy S6 multitasking now. Whatever you want to call it, this is how you can use two apps on the screen at the same time. 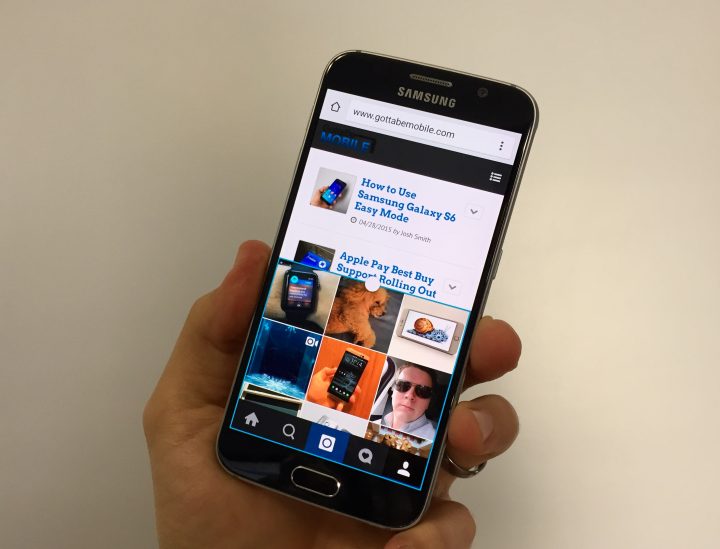 Learn how to use the Galaxy S6 multitasking feature to run two apps on screen at the same time.

You don’t need to turn on the Galaxy S6 multitasking mode, but you will need to know how to use it on your new phone. The process is similar, but different enough that you’ll need to relearn your habits.

How to Use Galaxy S6 Multitasking

Watch the short two-minute video below to learn how to use the Galaxy S6 Edge and Galaxy S6 multitasking mode to use two apps at the same time on your new phone. This is a change from the method on the Galaxy S5, and it is easier to use. You cannot use every app in this new Multi-window mode, but you can use more apps than before.

In addition to splitting one app at the top and one app at the bottom we’ll show you how to make the windows larger and how top pull one app out to use on top of another app.

You can start the Galaxy S6 multitasking from anywhere on the phone, on the home screen or when you are in another app. You no longer need to tap and hold anything and then use a complicated side menu.

Tap the multitasking button to the left of the home button. This opens up a list of your currently open apps. If you are using Chrome, you may also see the tabs listed here.

On this screen you need to tap on the small two window icon to the right side of the apps. This will let you pick the first app you want to use while multitasking on the Galaxy S6. The bottom half of the screen will show other apps you can choose to use at the same time. Tap on one of these apps.

This is how you use the Galaxy S6 multitasking feature that replaces Multi mode.

Now you are running two apps at once on the Galaxy S6. You can tap in a text area to type and it will push the app up and let you type like normal and then slides back to showing both windows.

While multitasking on the Galaxy S6 you can still use the apps as much as you want, but you will need to scroll more and sometimes parts of the screen will be cut off. If you don’t see the app you want to multitask with, you need to open it first so that it is in your recent apps list. 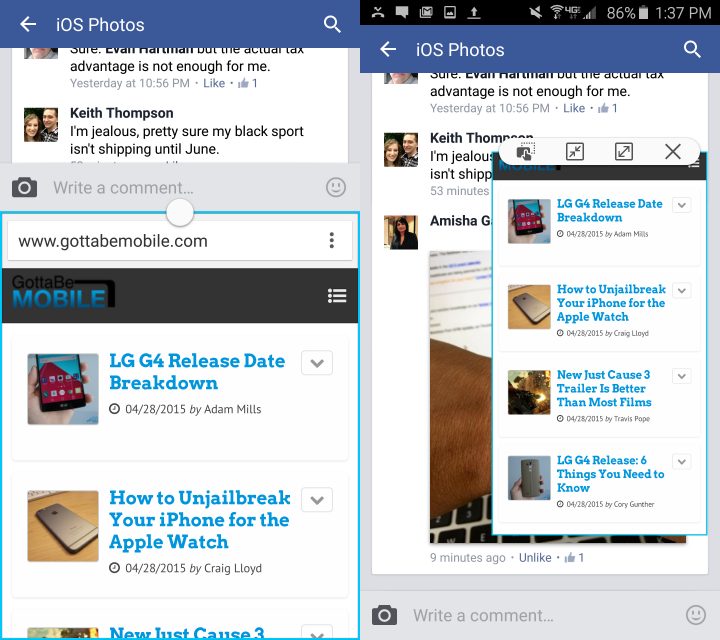 Change the window size or create a pop out window of an app.

Tap on the small circle in the middle of the screen and drag up or down to make one window bigger and the other smaller. You can change this as much as you want and most apps will still function as expected.