iOS 7 offers fast access to the iPhone personal hotspot feature that lets users share the iPhone’s cellular connection with other WiFi devices like an iPad, laptop or gaming system.

While the iOS 7 personal hotspot is similar to earlier versions, there are some small enhancements that users will appreciate, including a new indication of how many users are on the hotspot and fast access to turning the iPhone personal hotspot on in iOS 7.

Read: How to Use Control Center on iOS 7

One issue that remains with the iOS 7 hotspot is that sometimes a computer will not see the iPhone’s hotspot in the list of network options. If this is the case try turning WiFi on and off or plugging by USB.

How to Turn on Personal Hotspot on iOS 7

1. Tap on Settings app on the iPhone home screen. 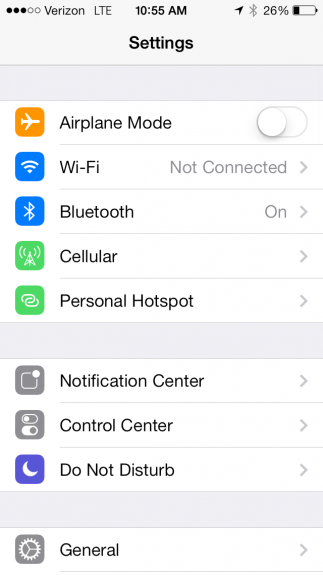 3. Once you have used the iPhone personal hotspot once, it will show up on the main Settings screen for faster access.

4. Tap the switch to the On position, which will show green in the slider area to the left. 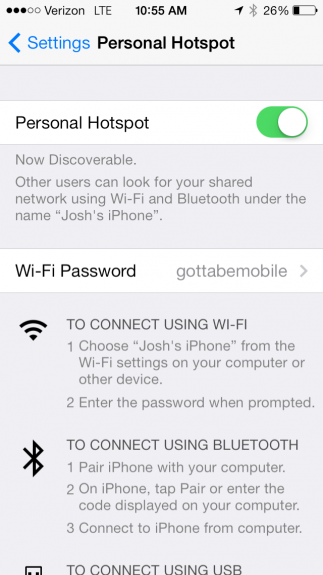 5. On the iOS 7 personal hotspot settings page you can also change the WiFi password to something that is easier to remember. This is also where you can change it if you want to share it with friends on one trip, but not every time you get together. Tap on the password to change it. 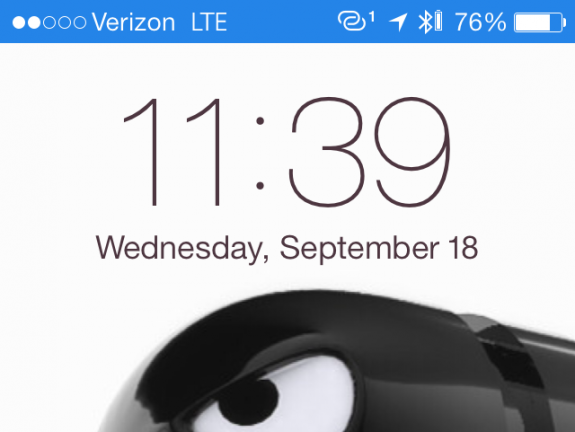 iOS 7 shows how many devices are connected on the lock screen.

6. Now look for your iPhone’s name in the WiFi listing on a laptop or other device and click connect. If you plan to connect over Bluetooth or USB, there may be some configuration needed.