How to Use Quick Settings in Android 4.2 Jelly Bean

Earlier this month, Google finally started rolling out Android 4.2 Jelly Bean to owners of its Nexus devices, specifically, the Galaxy Nexus and the Nexus 7 tablet. Both the Nexus 10 and Nexus 4 launched with the software on board. Android 4.2 Jelly Bean comes with quite a few new features including one that’s not advertised, a function that we like to call Quick Settings.

Quick Settings is a feature, tucked into Jelly Bean’s Notifications, that allows Android 4.2 Jelly Bean owners to quickly access the settings they use the most. And while it’s a simple and extremely useful tool, Google has not only not advertised it as a main feature of the new version of Jelly Bean but it has essentially hidden it from view on the home screen.

Read: How to Use Multiple Users in Android 4.2 Jelly Bean.

For those that are attached at the hip with their smartphone or tablet, this is certainly a feature that you should become familiar with as it will save you a bit of time when trying to fiddle with settings.

How to Use Quick Settings in Android 4.2 Jelly Bean

Accessing the Quick Settings menu is actually rather simple. Use a single finger swipe and pull down on the far right side of the Notification bar which will bring up a menu that looks like the one below. 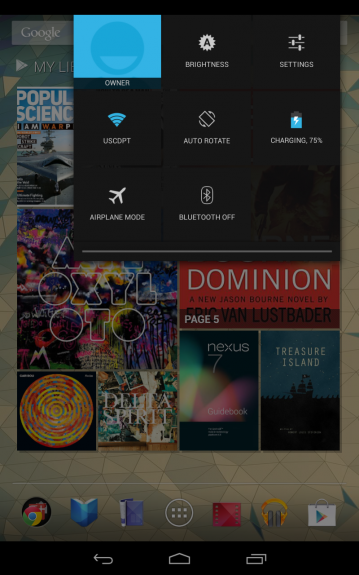 Quick Settings is a useful feature in Android 4.2.

This rectangle is your Quick Settings menu where you’ll be able to change a number of useful settings with just a couple of taps. Google has filled the menu up with many of the settings that smartphone and tablet owners toggle on a daily basis.

Let’s take a look at each option contained in the Quick Settings menu. In the top left corner, tablet owners will see the color and name of the person logged in. Remember, for tablet owners, Android 4.2 brought multiple log-ins. Tapping on that will take you back to the lock screen where you can easily change users. 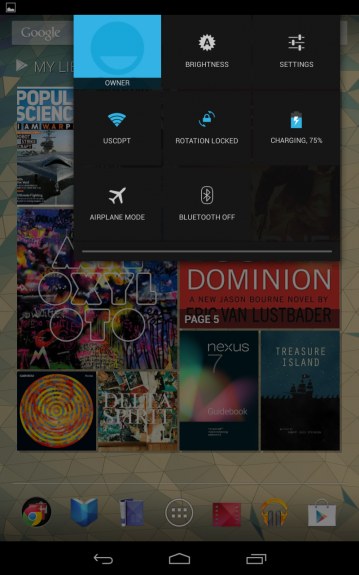 You can lock rotation with Quick Settings.

Next to that, is the brightness where you can adjust the brightness of the display or set it to automatic. Moving on, there is a Settings function which will take you to the main Settings page which houses all the device settings.

Also included are quick ways to access Wi-Fi and Bluetooth, and Airplane Mode as well as shortcuts to battery life and screen orientation. The latter two settings are extremely useful. 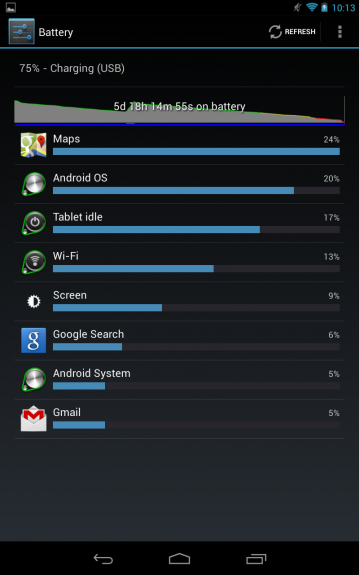 You can easily check battery life as well.

Again, this is not a game-changing feature, but Quick Settings is certainly one that tablet and smartphone owners using Android 4.2 Jelly Bean will come to appreciate once getting used to using it.