How to Use Siri with Apple Music

Compared to some of the other options like Spotify or Pandora, Apple Music is a relative newcomer to the scene. Despite being so new, it offers a few features that the competition simply can’t touch, especially if you’ve got an iPhone. Chief among them is Siri integration – here’s how to use Siri with Apple Music on your iPhone or iPad.

If you don’t already subscribe to Apple Music, and want to try it out with Siri, you’ve got a couple of options. First, make sure your iPhone (or iPad!) software is up to date – only recent versions of iOS include the Apple Music app, which means using iOS 8.4 or later. Next, sign up for a free three-month trial. If you haven’t tried it before, Apple lets you sign up for a free trial and use Apple Music with no strings for three months – just be sure to cancel toward the end of it (set a reminder on your phone) so that you don’t get charged. Once you’ve signed up, you’re good to go.

Use Siri to control your music playback.

Siri is really handy for issuing commands that you’d otherwise have to interact with your phone to accomplish. You can tell your iPhone or iPad to play (“Play”), pause (“Pause” or “Stop”), and more, just by asking. Siri can also shuffle your current playlist (“Shuffle this album,” “Turn Shuffle on,” “Turn Shuffle off”). Generally, it’ll play whatever you were in the midst of playing the last time you were using Apple Music, but occasionally it’ll start off with a random song from your library (for whatever reason, my iPhone loves to randomly play ‘Beast of Burden’ by the Rolling Stones when I get into my car).

Use Siri to play a specific song or artist.

One of the best parts of Siri and an Apple Music subscription is that you can press a button and ask Siri to play literally any song or album that’s licensed by Apple. You can ask Siri to play either a specific song: “Play ‘Hello’, by Adele,” or play a number of songs by a specific artist: “Play music from Adele.” You can expand the scope of your search, depending on what you want – “Play Sam Smith’s newest album,” or “Play Appetite for Destruction, by Guns N’ Roses.” You can even issue the command, “Play all the music by Michael Jackson,” and you’ll get a playlist composed of the entire catalog of music of that artist – at least, all the music that Apple Music has licensed for playback.

Often, you don’t even need to name the artist or group behind the songs and albums you tell Siri to play – the phone will pick the mostly likely option, and most of the time, it’s spot on. It’s a great way to set up some quick background music at a party, or play that one specific song you can’t get out of your head.

Use Siri to play only the music saved in your library. 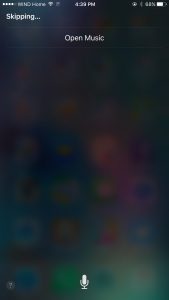 u might only want to play the music saved to your library – maybe you’re getting close to your data cap and don’t want to actively stream more music. In this case you just want to add the word ‘my’ to your request. Instead of saying, “Play music from Adele,” you might say, “Play my music from AC/DC,” (because those albums will totally be the same).

Use Siri to add music to your library – download it to your device.

All you have to do is ask Siri to “Add Taylor Swift’s latest album to my library,” and it’ll figure out which album you mean and queue it up for download to your iPhone or iPad. Once it’s there, you can preferentially play it by following the suggestions above.

Use Siri to navigate your playlists and albums.

Use Siri to play Apple Music’s radio stations or genres of music.

While Beats 1 might get all the acclaim, Apple Music has a number of it calls radio stations, many of which are actually collected by what Apple calls “the world’s top DJs.” So there’s no reason not to take advantage – you can get Beats 1 by asking Siri to “Play Beats 1,” but you can get the other on-demand stations by asking for the genre, like “Play Jazz radio.” 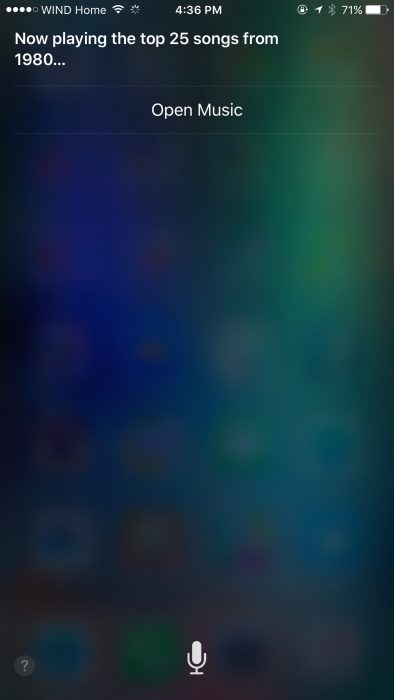 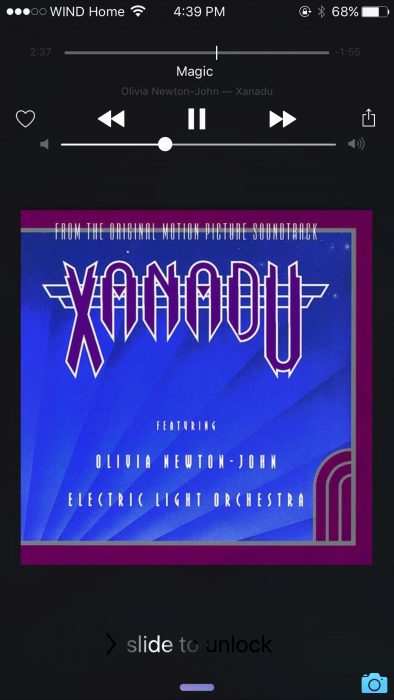 Use Siri to listen to the top songs of the year – any year.

Apple has a lot of data on what it considers the top songs of the year, thanks to the listeners on Apple Music as well as the sales of more permanent downloads within the iTunes music store and the Billboard charts. Siri can tap into some of that data within Apple Music – all you have to do is ask it to “Play the top songs of 2015,” and it’ll oblige with a playlist composed of the top 25 songs of the year.

Where this gets really fun, however, is that it isn’t limited to the current year – you wanna listen to some oldies? Just tell Siri to, “Play the top songs of 1980,” and it’ll oblige. It’s a nice little trick.

If you ask Siri to do something like that, however, it’ll compose a status update that says, “This song.” That’s clearly not what we want, so we’ll have to wait for Apple to engineer stronger capabilities within Siri before we can do tasks like that.

Do you have a favorite Siri trick or command for Apple Music that we neglected to mention? Shout out in the comments below to let us know about it!