Two new awesome features that arrived with iOS 9 are Split View multitasking and Picture in Picture Mode (PiP). Here’s how to use both of them at the same time on your iPad.

We’ve shown you how to use Split View multitasking on the iPad, as well as how to use Picture in Picture Mode for watching videos while in another app, but what if you want to use both features at once? It’s actually possible.

It might not have thought that you could use both features at once, but it can be incredibly useful if you’re wanting the ultimate multitasking experience ever on your tablet.

Picture in Picture Mode is awesome to use while I’m playing Clash of Clans and want to watch a movie or a video from another app. I can watch and listen to the video and still be able to fully play Clash of Clans and still hear the game’s audio as well (even though I usually mute it anyway). 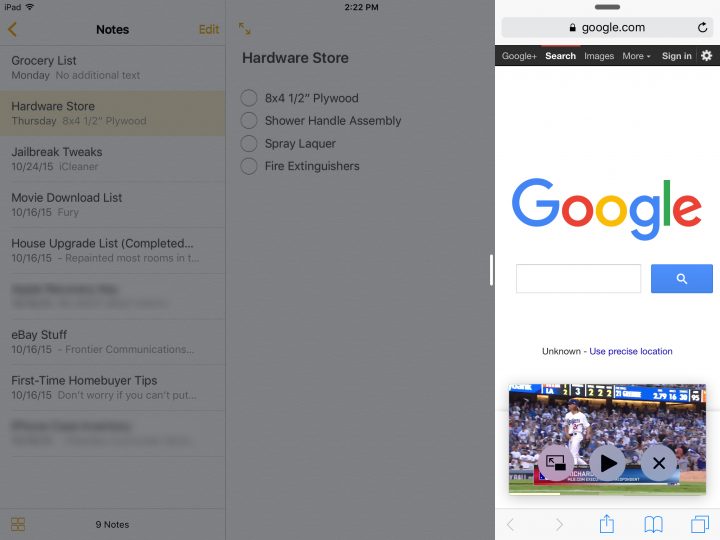 With Split View, I can take notes using the Notes app and browse Safari at the same time side-by-side, making it the ultimate productivity tool for those doing research for school or general purposes.

However, if you want to take notes, browse Safari, and watch a video all at the same time, here’s how to make that happen on your iPad in iOS 9.

Using Split View & Picture in Picture Mode at Once 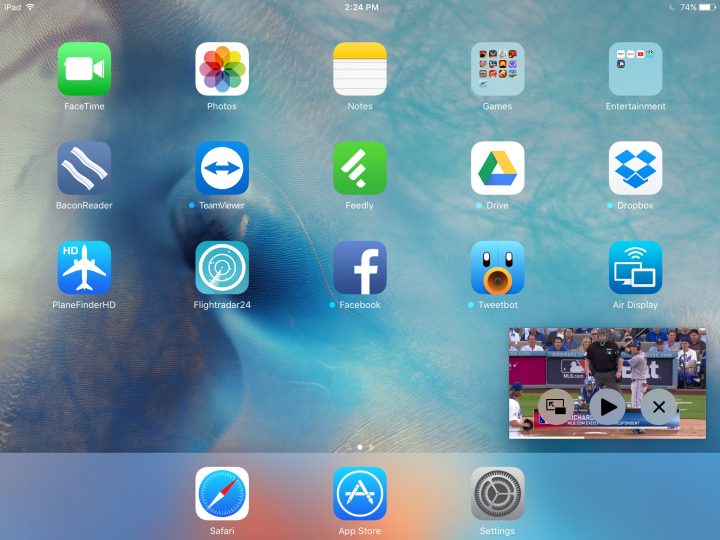 Once you have Picture in Picture going strong, you’ll now want to set up Split View. Start by opening an app that supports Split View (like Notes) and then swipe over from the right edges of the screen with your iPad in landscape orientation. This will bring up Slide Over, which allows you to use another app without leaving the original app that you were in.

Once you open in an in that small pane, tap and hold on the divider and drag it toward the center of the screen. Split View is now enabled and you can use two apps at once, as well as continue to watch your video using Picture in Picture Mode. 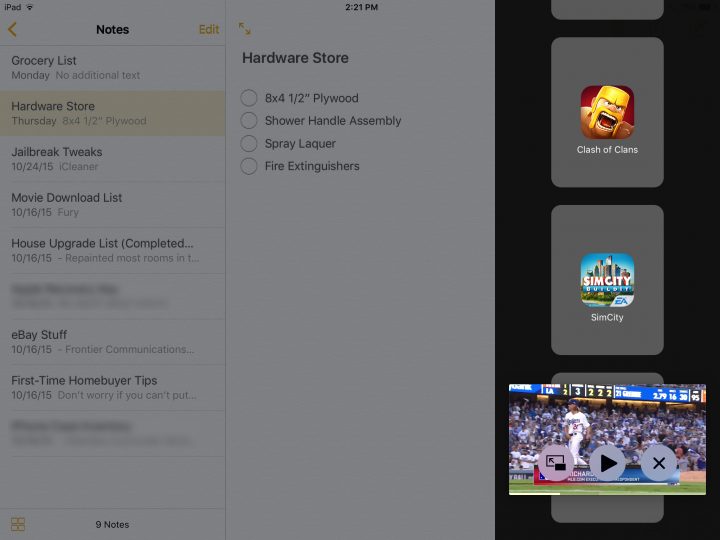 There might not be a lot of times where you’ll use Split View and Picture in Picture Mode at the same time, especially since watching a video while you’re trying to get work done in Split View Mode can be distracting, but for those rare times when you would want to use such a feature, it’s more than possible. Just make sure that the video isn’t distracting you from your important work! Otherwise, go crazy.