How to Use the iOS 9 Hotspot

We’ll show you how to use the iOS 9 Hotspot and a handy new iOS 9 hotspot feature that lets you quickly connect your iPad to the iPhone and see important information like signal strength and battery life left on your iPhone.

All of the new iOS 9 hotspot features are the same on the iPhone 6s, iPhone 6s Plus and older iPhones. You’ll also see similar options on an iPad with LTE connectivity.

You need to upgrade your Mac to OS X Yosemite or OS X El Capitan to use the new iOS 9 hotspot features. These iPhone hotspot instructions work on iOS 9, iOS 9.1, iOS 9.2 and on iOS 8.

On your Mac, the same signal and battery life information shows up in the WiFi area which is a great way to see these important details if the iPhone is still in your pocket or a backpack. 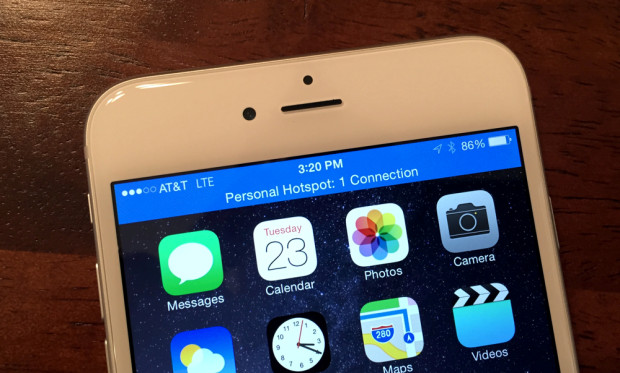 Learn how to use the iOS 8 hotspot and what’s new in iOS 8 and OS X Yosemite.

Most plans support using the iPhone or iPad as a hotspot at no extra charge. You can try turning on the iOS 9 hotspot to see if it is included in your plan. If it is not you will see a number to call to turn it on. Make sure you know how much data your plan allows. Using the iPhone as a hotspot to connect portable gaming systems, iPads and laptops can use data faster than normal phone use.

A hotspot feature is not tied to a contract, so you can add it and remove it when you want. If you are on shared data it normally includes access to the iOS 9 hotspot feature.

How to Use the iOS 9 Hotspot 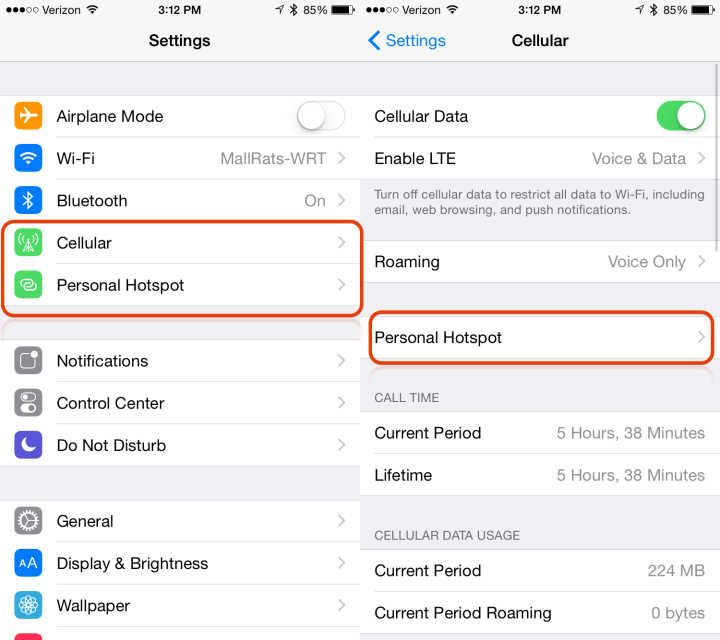 Turn on the iOS 9 Hotspot.

If you’ve never used the iOS 8 hotspot you need to turn it on before it shows up in the main settings screen. To do this go to Settings -> Cellular -> Personal Hotspot -> On. After you do this once iOS 9 adds a shortcut to the main settings menu for faster access to the iPhone hotspot settings and to turn the feature on and off.

All you really need to do is turn the iOS 9 hotspot on and then enter the password on the device you want to connect with and the devices will connect so you can start using it to get online. 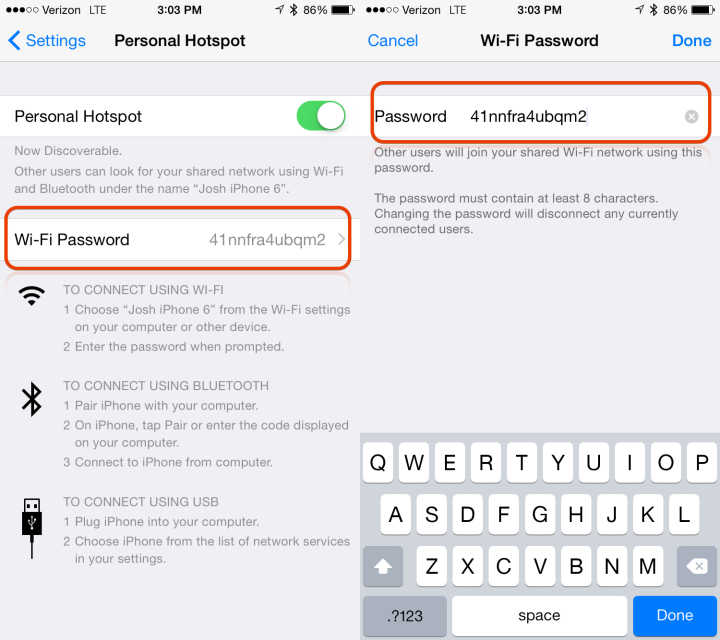 It is a very good idea to change the iPhone hotspot password.

The best thing to do is set up your iPhone hotspot with a hard to guess, but easy to remember password. Go to Settings -> Personal Hotspot -> Tap on Password -> enter a new password to change this. If you already connected you will need to enter the new pass code.

To see how much data you are using on the iOS 9 hotspot you can go to Settings -> Cellular -> Scroll Down -> Tap on System Services -> See Personal Hotspot data usage.

How to Change iOS 9 Hotspot Name

That’s all there is to using the iOS 9 hotspot to get your other devices online. The new feature in iOS 8 and iOS 9 is the ability to see the signal strength and battery life of the phone under the WiFi menu on another iOS 9 device or on a Mac running OS X Yosemite or OS X El Capitan. 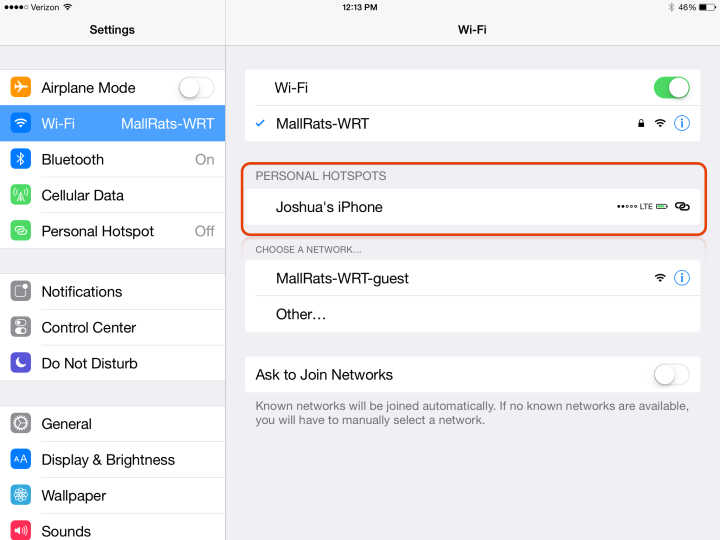 On iOS 8 and iOS 9 devices and on a Mac with OS X Yosemite or OS X El Capitan you’ll see the signal strength and battery life of the device you use as an iPhone hotspot.

The screenshot above show what this looks like on an iPad. You will see this on other devices and when the OS X Yosemite update comes next month you will see it on your Mac.