Amazon how to Mobile

For more on the Fire TV Stick see our review and comparisons to the Google Chromecast and the Roku Streaming Stick.

We’ll show users how to set up the app and use it as a remote control with the voice search feature that doesn’t come with the included [easyazon_link asin=”B00GDQ0RMG” locale=”US” new_window=”default” nofollow=”default” tag=”gbm-ea-20″ add_to_cart=”default” cloaking=”default” localization=”default” popups=”default”]Fire TV Stick[/easyazon_link] ($39) remote from Amazon. Alternatively, users could also buy the voice-capable remote for $29.99 extra, but doesn’t make sense when the user can get the free app.

Setting Up the Fire TV App on a Phone

First, go get the Fire TV App for the smart phone. Amazon makes a free remote app for various types of smart phones with links as follows:

Fire up the app and it will find the Fire TV Stick on the network. Tap the name of the stick to connect the remote and the stick and it displays the Fire TV App remote control screen.

If the remote doesn’t show the stick, check the following: 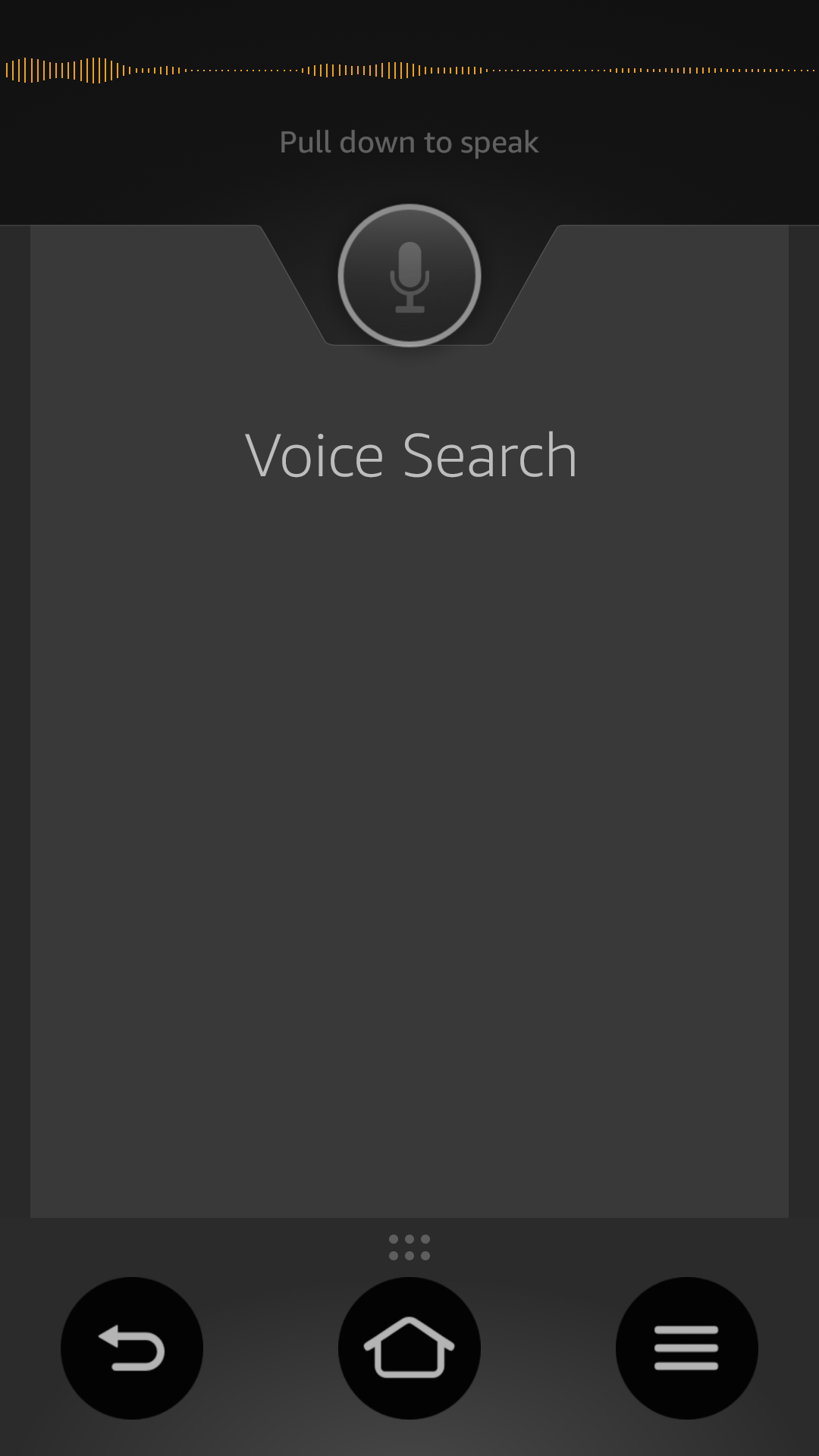 At the top of the screen there’s a mic icon. Tap and hold the icon and drag down without letting go. Speak into the phone’s mic while still holding down the mic icon and say what you want to search for. The app will search for things like actor names, movie or TV show titles and app names.

When the screen shows the list of results, tap on one of the items by swiping down till the item’s selected and then tap on the touch part of the app. It selects that item, telling the Fire TV Stick to show that thing. 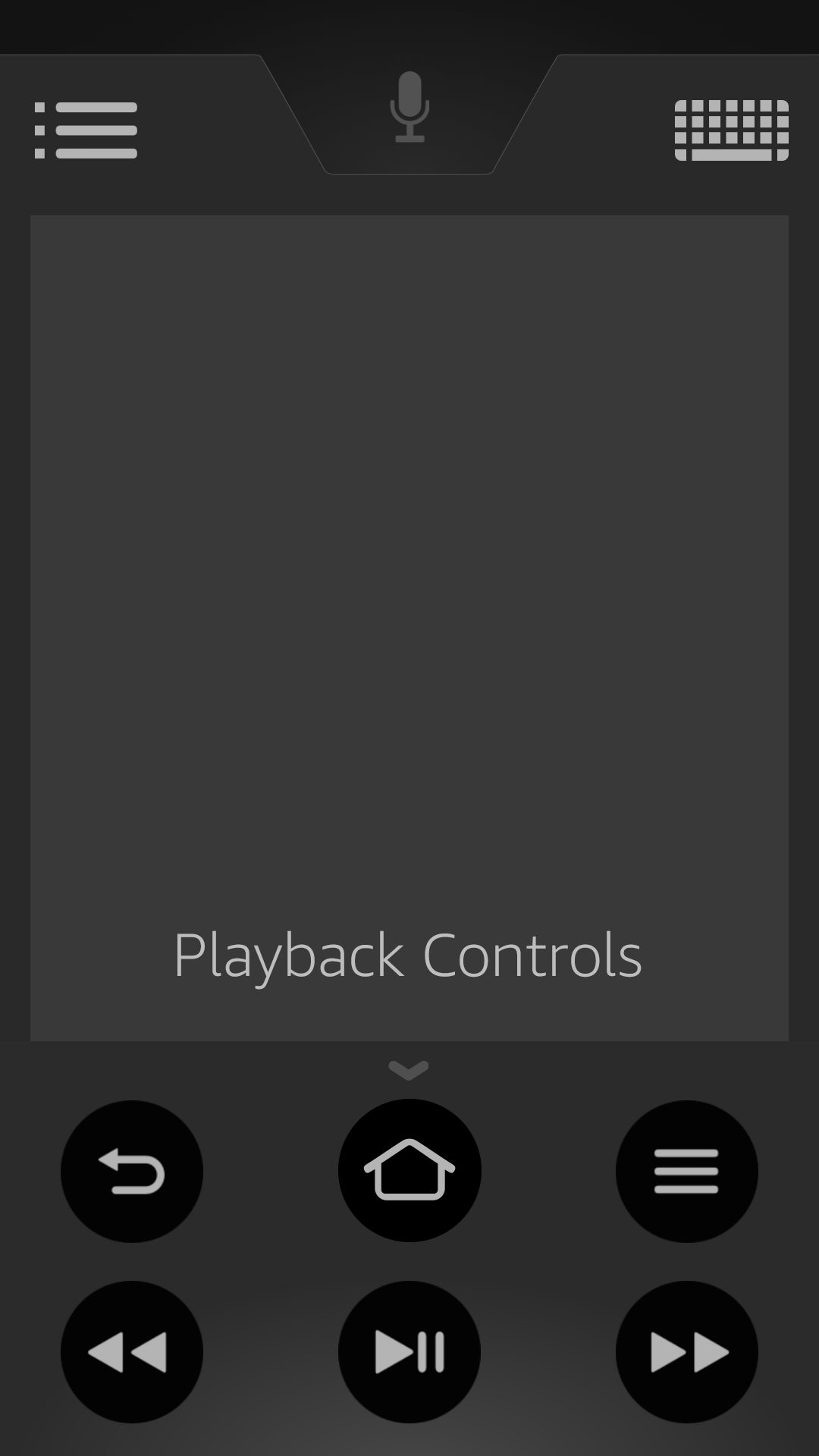 The app also includes a virtual remote control user-interface. The main part of the screen mimics a touch pad. Swipe left, right, up or down. Doing so behaves like the directional buttons on the physical Fire TV Stick remote. 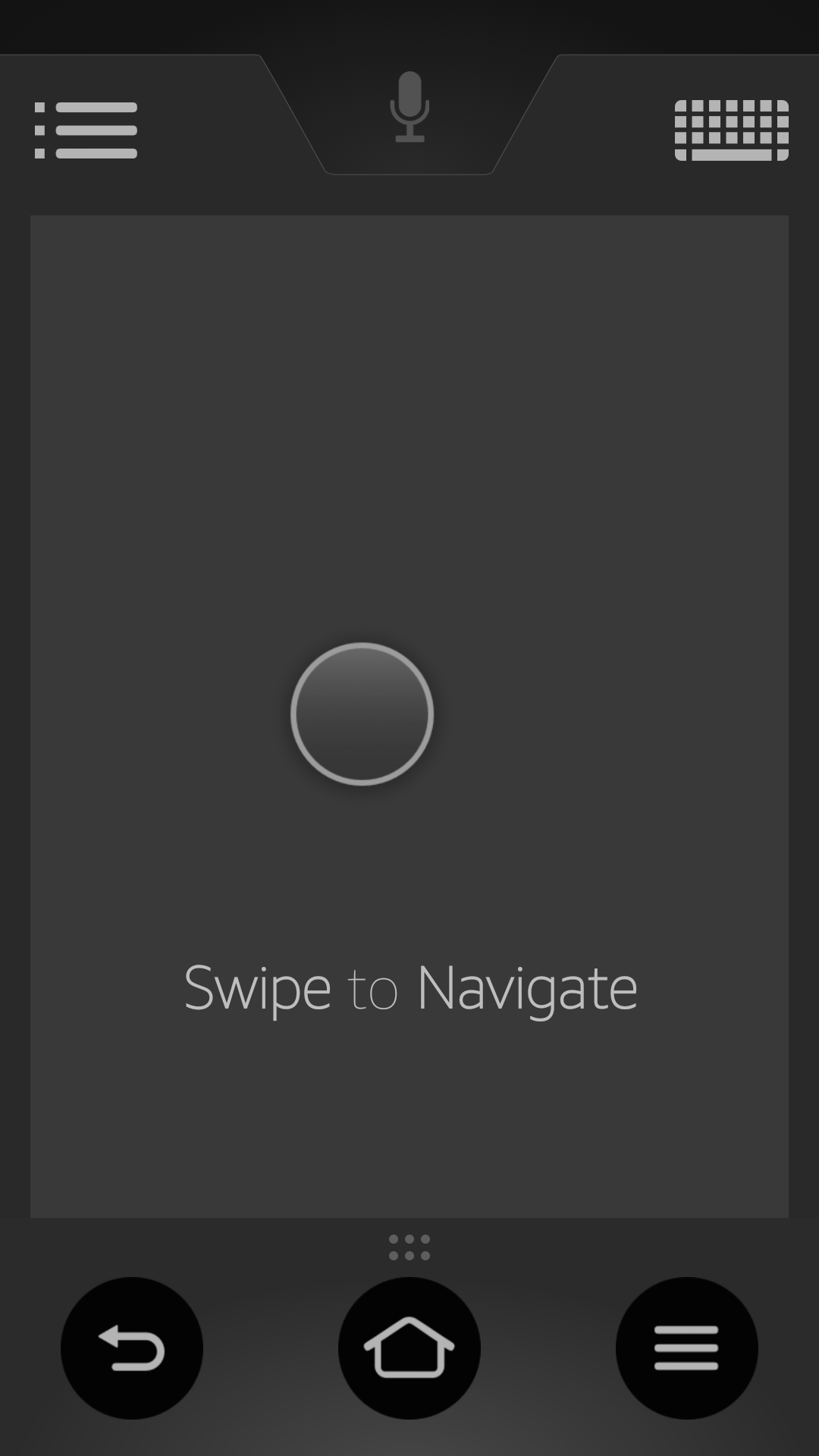 Tapping on the touch area of the app acts like the center select or enter button on the remote. 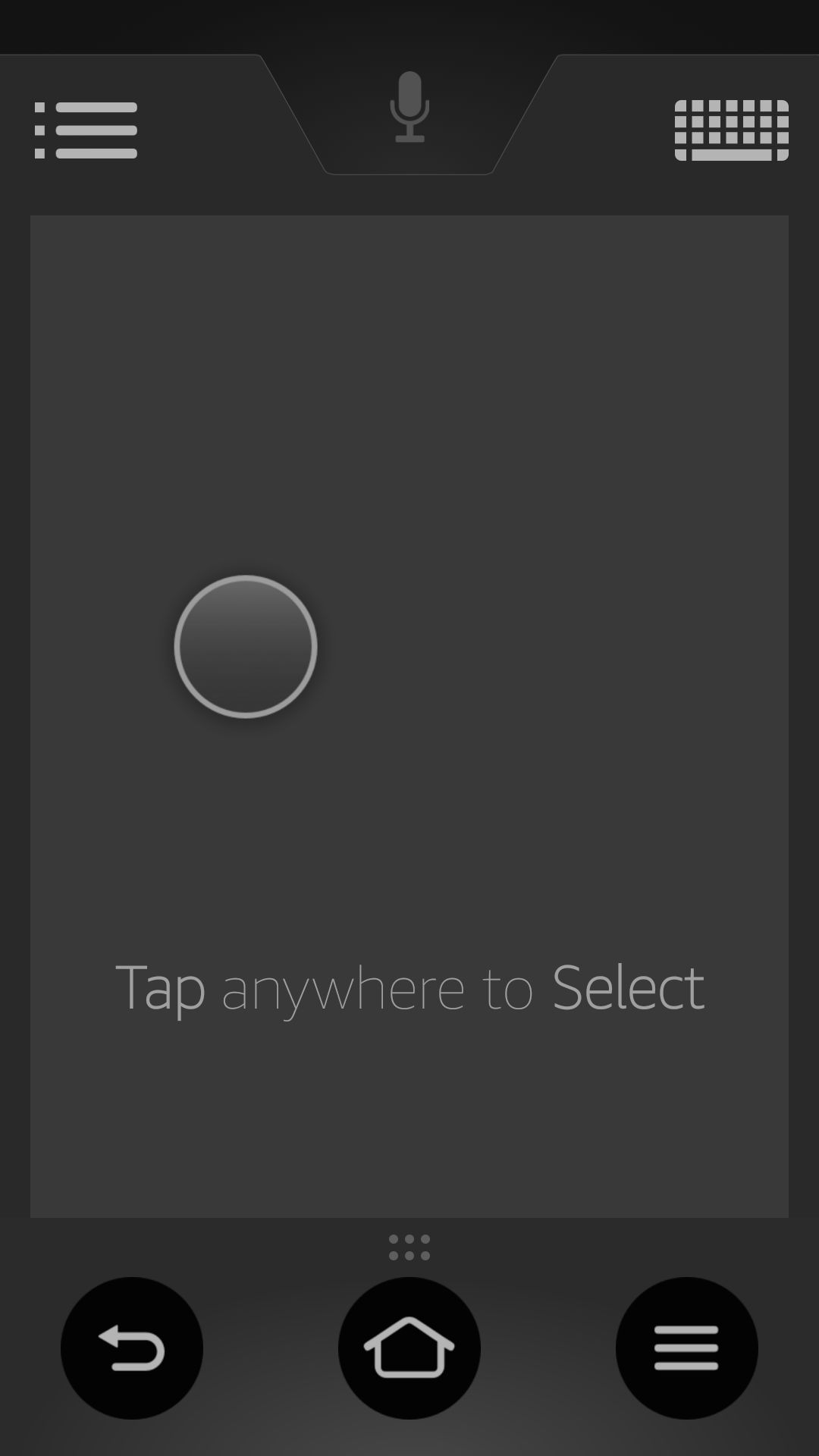 Once the right item gets highlighted on the Fire TV Stick screen, tap on the open area to selection that highlighted item.

Notice at the top and bottom of the screen above, the app shows two sets of buttons. At the top left of the voice search button we see the menu button, which brings up the Fire TV Stick menu. On the other side of the voice search button there’s a keyboard button. The keyboard brings up the phone’s keyboard, letting the user type instead of entering data with the on-screen keyboard and the remote control. This makes entering user names, email address and passwords faster and more efficient.

Slide up using the right side button with the three horizontal lines. This shows these playback controls.

At the bottom of the screen we get three more buttons. The left-most button is the back button. It goes back to the previous screen on the Fire TV Stick. The Home button takes the user to the Home screen on the Fire TV Stick. The last button slides up to show playback controls. It confused me at first, because it’s not obvious that the user must tap and hold the button and slide up to show the playback buttons.