How to View Photos by Location in iOS 7

While there are many uses for the iPhone one of the most commonly used features is taking photos. A feature that was in earlier versions of iOS that organized a user’s photos was the location view. With location view the photos on the iPhone group by their location rather than the traditional camera roll album.

This feature is useful for trying to quickly find photos if you know where the location is, compared to where in your camera roll they might be. To start using location view follow the steps detailed in the guide below.

Unlock your iPhone and Open Photos. 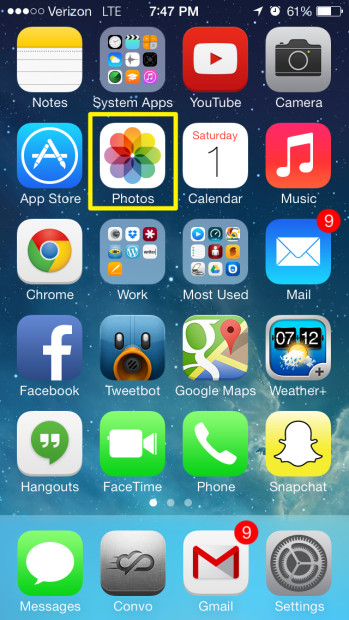 In the photos app, tap Photos in the bottom left of the screen. 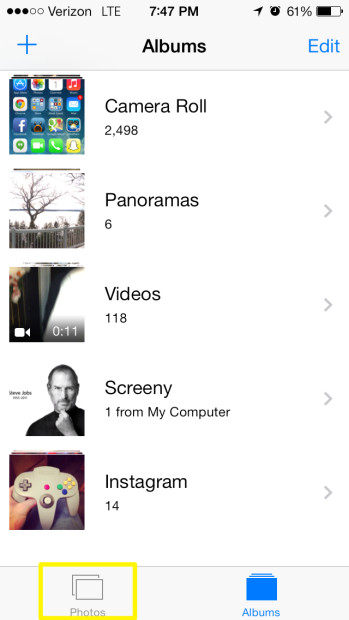 In the photos view your photos are now grouped into a category called Moments. In the moments view photos display by location and events are close together. To view more photos select Collections in the top left of the screen. 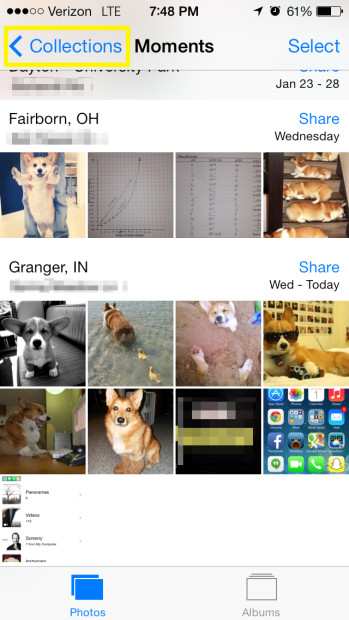 On the Collections screen, more of the photos from your camera roll show up compared to the moments view. To get an even larger perspective of the photos on your iPhone, tap Years. 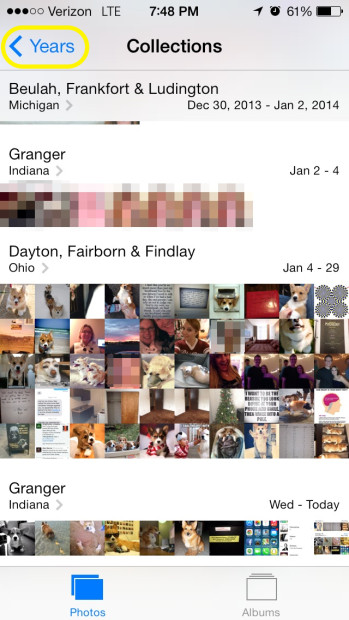 Once the location view is in the Years perspective there is no further that you can zoom out. To go back to collections or moments view tap on the year of photos you would like to view. 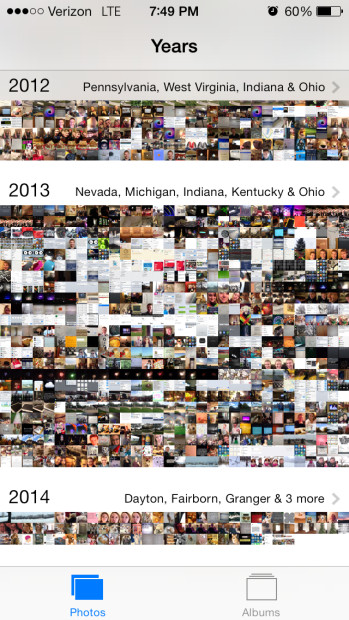 This feature of the photos app was in earlier versions of iOS, but the layout of the photos was very different. The advantage of the iOS 7 version is that, while the photos no longer appear on a map, they are easier to find if you know the location and date of your images.

Another handy tip in the photos app is how to create and organize images into separate albums. This could be used to find images faster than browsing through the camera roll or looking for a location where the user took the photos. Tap Albums on the bottom right of the screen to see the current photo albums.

To create a new photo album tap (+) in the top left of the screen. A pop up will then appear and ask the user to enter a name for the album. 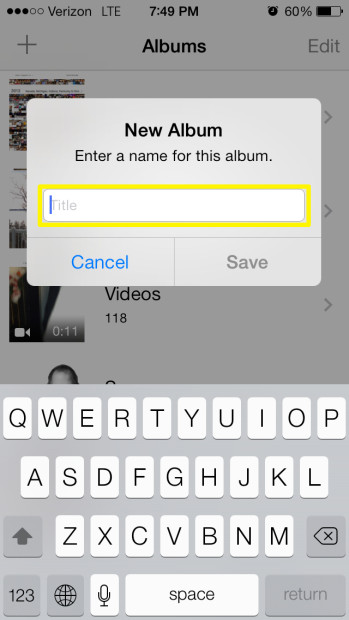 After entering a name for the album select Save. 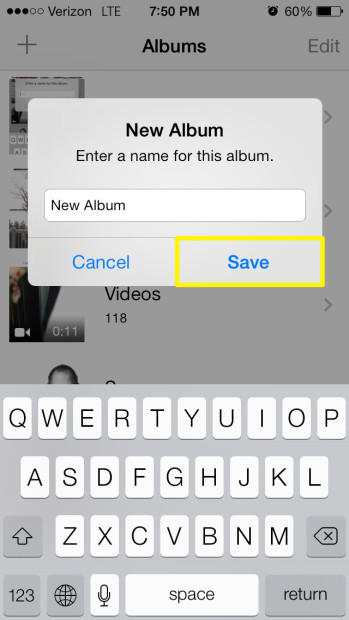 On the next page, select the photos that you would like in the newly created album. Once you have added all the photos, select Done. 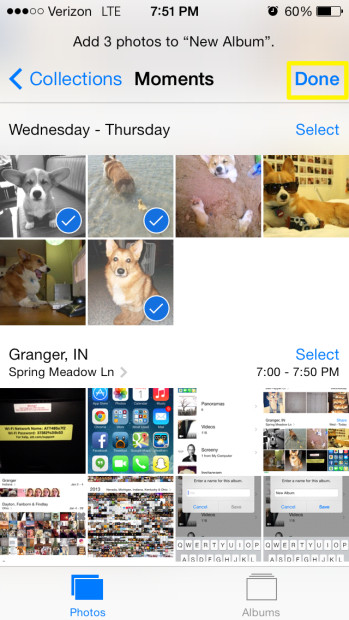 To view the photos in the album tap on the name of your new album. 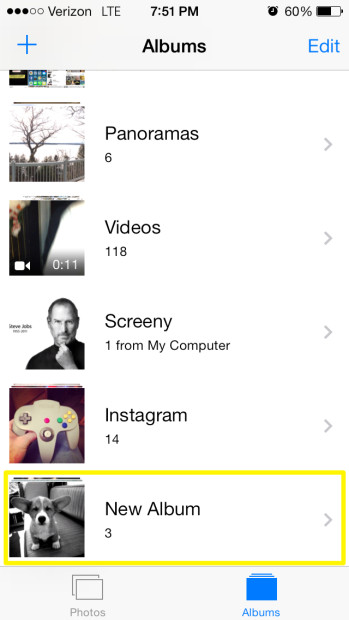 The photos that you previously selected will now be displayed in the new album. Select Albums to go back to all of your photo albums. 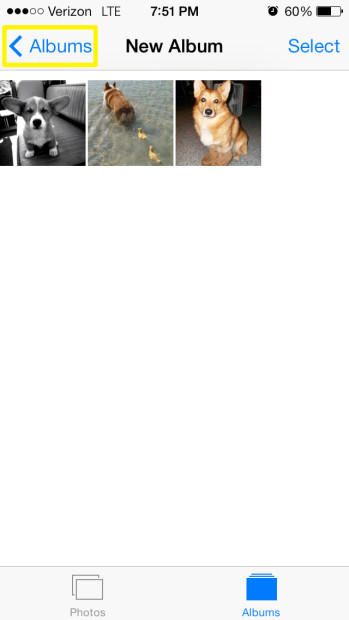 To delete a photo album tap Edit on the albums page. Next to the album you would like to delete tap the red circle. 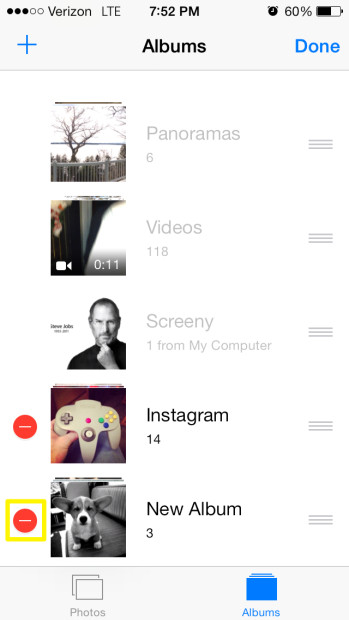 A second delete button will appear from the right side of the album, tap Delete. 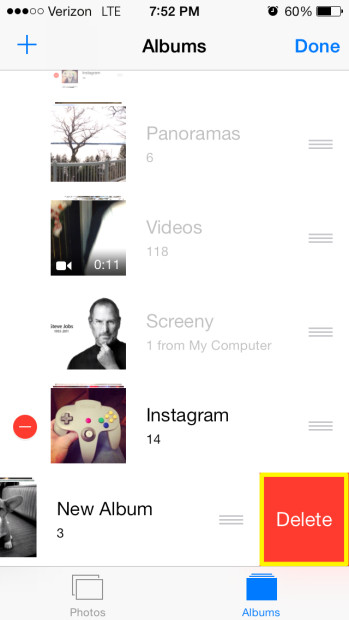 To finish deleting the album, select Delete Album on the pop up that looks like the screenshot below. 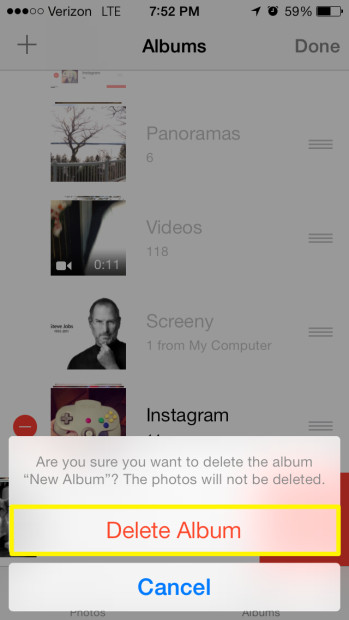 The album will then be deleted from the iPhone but as a note the photos that are in the album will still remain on your iPhone. Also, there are some albums such as Camera Roll, Panoramas, or other albums synced from a computer that cannot be deleted in this fashion.

What are some of your favorite tips and tricks with the iPhone photo app?