As the college football season is now starting back up, here’s how to watch all of the games live on your iPhone while on the go.

Whether you’re a fan of your alma mater or are just a fan of the team that’s closest to you, you can watch college football games right on your iPhone or iPad by streaming them to these devices, either on a home WiFi connection or on the go using LTE.

Sports are becoming more and more popular to watch on mobile devices, especially football, which only comes on during the weekends. While most people would be home during the weekends, there are still a lot of people who spend their days off away from home, either on a short vacation away from home life or if it’s a family gathering at a relatives house. If you’d rather be watching college football in these instances, there are several apps you can use to watch games on your iPhone or iPad.

Of course, as with sports streaming options, the selection is rather limited and there a ton of things you have to be aware of in order to actually watch games on your iPhone or iPad, including all of the fine print that you’ll want to read. Thankfully, it’s getting better and better every year, but it’s still not where consumers probably want it. Either way,

This is an obvious first choice because it’s a fairly popular amongst sports fans. WatchESPN lets you view all sorts of sports content from ESPN’s various channels, including ESPN 2, ESPN 3, ESPNU and ESPN Classic. Of course live college football games can be had as well. 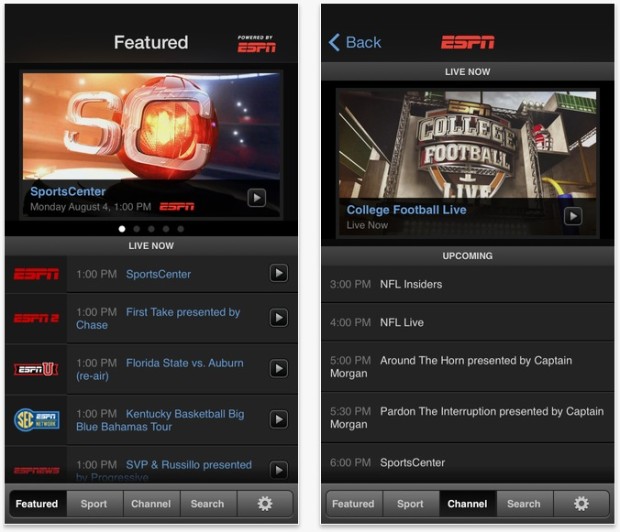 However, if you have an Apple TV, you can use AirPlay to beam WatchESPN content to your living room television, allowing you to watch college football games on the big screen. 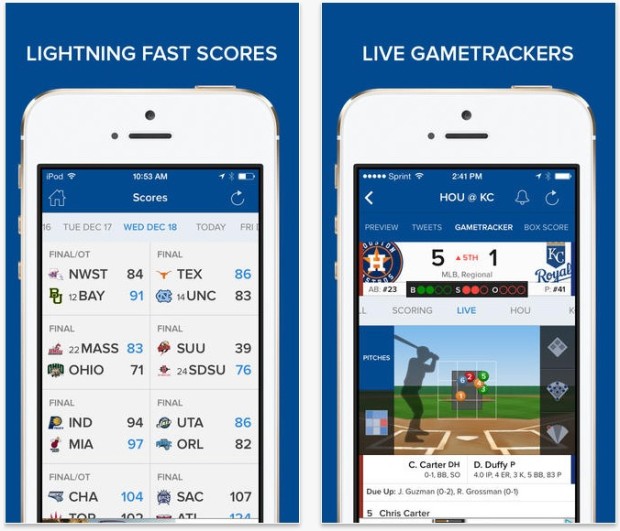 However, the downside with the app is that it only streams SEC college football games, which can be a huge bummer for those who are fans of other conferences, like the Big 10, ACC, or Big 12.

Another downside to the CBS Sports app is that it doesn’t come with support for AirPlay, but we wouldn’t be surprised if CBS added this feature to the iOS app soon, since it’s still a rather new app, especially on the iPad.

NBC Sports Live Extra streams thousands of live sporting events that air on NBC and NBCSN, including college football games, although the app usually favors Notre Dame and other teams that you’ll see often on ABC. 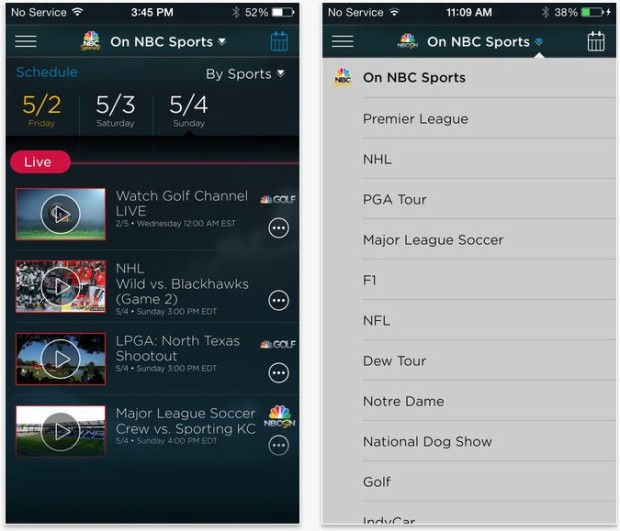 However, the app features video clips, previews of upcoming events, and highlights from past events. Plus, you can even browse the schedule for when the app will stream its live content.

As with WatchESPN, NBC Sports Live Extra is better when the user has a cable subscription, which will allow you to watch all of the live sporting events, but it can still be a handy app otherwise.

Fox Sports Go is another app that lets you watch college football games on your mobile iOS device, as well as other sports except NFL games, which FOX says are unavailable for streaming on smartphones. 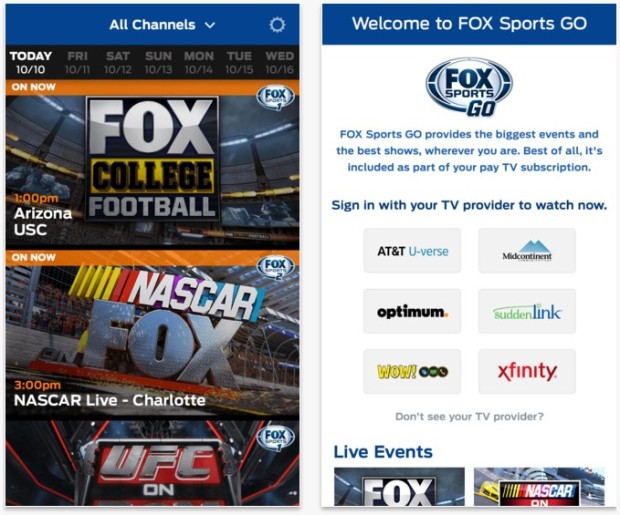 However, yet again you’ll need to have a cable subscription in order to take advantage of the live streaming of games, but the app supports a handful of popular cable providers, including Comcast, AT&T, Verizon, Cox, and Time Warner Cable.

Plus, depending on your cable provider, you can get access to many of Fox Sports’ channels, including FOX Sports, FOX Sports 1, FOX Sports 2, your regional FOX Sports Network, FOX College Sports and even FOX Deportes.

There are a lot of ways you can watch live college football games right on your iPhone or iPad, and we suggest picking the one that seems the best for your needs (for instance, Notre Dame fans should probably use the NBC app). Plus, we wouldn’t be surprised to see even more ways to watch college football games appear over the next couple of years.