Movie lovers can watch the Oscars online through ABC and Watch ABC to see the winners of the 86th annual Oscars as the awards ceremony happens.

The 2014 Oscars live stream will include host Ellen Degeneres and music guest PINK, and will show clips from the best movies of the year as well as the acceptance speeches from the winners.

This is the first time ABC will offer a Oscars live stream to viewers, replacing a behind the scenes Oscars app from years past.

This year the Oscars take place on March 2nd at 8:30 PM Eastern, 5:30 PM Pacific and air on ABC. Tune in at 7PM Eastern to see the start of coverage. Users can watch the Oscars Online with the Watch ABC app or the Watch ABC web service. 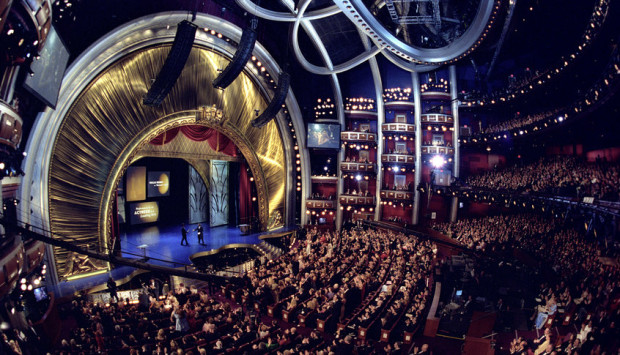 Watch the 2014 Oscars Live Stream from ABC (Image via Oscars)

If you are trying to watch the Oscars without cable, you’re out of luck. Unlike some streams that come with no strings attached, if you want to watch the Oscars online you will need a participating cable or satellite subscription to unlock the live stream. Viewers need a subscription through;  Comcast, Cox, MidContinent, Verizon FiOS, Google Fiber, Charter or AT&T U-Verse. Noticeably absent are Time Warner Cable, DirecTV and Dish Network.

Users will need to sign in on the Watch ABC app and online at ABC. Users may need to get a username and password from their TV provider if they don’t already have one.

Users can Watch the Oscars online on the web, on iPhone, iPad, iPod touch, Android devices, Kindle Fire and Windows 8. The iPhone, iPad and Android tablets are at the top of the list for a good user experience while away from the TV. Users only need an internet connection to watch the Oscars live stream, so this is a good way to watch on the go or if you are stuck away from home while the Oscars are on.

For users that cannot watch the Oscars live stream on Watch ABC due to the company they use for TV service the Oscars website will include popular clips from the show within 10 minutes of airing on HDTV. According to Variety these clips will include the musical numbers including, Pharrell “Happy”, Idina Menzel “Let It Go”, Karin O “The Moon Song” and U2 “Ordinary Love”.

Users that want to see more can also tune in to the special Jimmy Kimmel Live: After the Oscars show at 10Pm Pacific.