Sony’s E3 2015 press event should be very interesting. Officially, Sony is calling its collective presence at the Electronic Entertainment Expo, the PlayStation Experience, and tons of unannounced games and changes to the PS4 console are expected during the show.

Thanks to live streaming apps on the PlayStation, partnerships with different movie theaters across the country and profiles on YouTube and Twitch, there are plenty of ways to watch as Sony reveals its latest offerings at E3 2015. 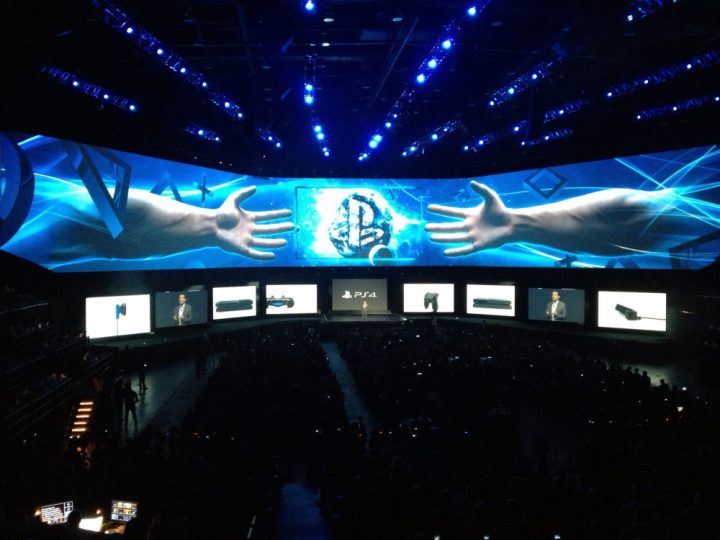 Here’s how to watch Sony’s E3 2015 press conference, and follow along with all the other gamers searching for PlayStation related news during the entire event.

Sony plans to kick off its E3 2015 livestream at 5:45pm Pacific Time on Monday, June 15th. That’s roughly 15 minutes before the company kicks off its press event. On the east coast of the United States that works out to be 9PM local time.

In addition to broadcasting its press event, Sony will broadcast more news and insider information on a regular schedule during the show. Sony has E3 2015 LiveCasts planned for Tuesday from 12 pm to 6 pm, Wednesday from 10 am to 5 pm and on Thursday from 10am to 3. All of these times are Pacific Time too. Sid Shuman and Ryan Justin will host each of these LiveCasts, and Sony has demos and interviewers concerning 40 different games available through the channel.

To watch on the PS4 and PS4 you’ll need to download the PlayStation Live Events Viewer app. It’s available directly from the PlayStation app store. Unfortunately, it Sony doesn’t say if users will be able to watch from the PS Vista and PS TV.

Unfortunately for those who like to watch press events on a big screen television, without an a PS4 or PS3 or PC connected there won’t be a way for you to stream Sony’s E3 2015 press conference. Microsoft teamed up with cable channel Spike TV to air it’s Xbox E3 2015 Media Briefing, but Sony has opted for a different, more broad route.

A bevy of different streaming video services means that if you have something as basic as a 3G internet connection on just your phone you’ll be able to watch.

Video streaming services YouTube and Twitch will both offer ways to watch Sony’s E3 2015 Press conference on June 15th, straight from the venue itself. Both services have dedicated apps on iPhones, iPads and Android devices. In addition to that, Sony will offer live streaming video on PlayStation.com.

In perhaps its biggest nod to gamers at home, Sony is taking its E3 2015 Experience on the road. Users can livestream the show or they can watch it on the big screen and theaters across the country. That’s right; Sony is beaming its press conference live to theaters in the United States and Canada.

PlayStation fans who can make it to the closest participating theater will get to watch the entire briefing live, plus promotional extras and codes to take how with them, according to Sony. For example, last year Sony handed out access to Destiny during the PlayStation Experience. Besides the show itself, there’ll be 30 minutes of extra footage for users who attend the press conference in person at a theater.

No doubt, PlayStation Experience attendees will want to get in line earlier. Sony allowed thosuands to reserve a seat a few weeks ago, but it’s still taking those who show up on a first-come-first serve basis at the theaters. The PlayStation Blog has a complete list of participating theaters in the United States and Canada.

With Uncharted 4 and Project Morpheus rumored for the event, it’s sure to be something any PlayStation fan will regret missing live.