Today at 1 p.m. ET, 10 a.m. PT Facebook will announce its new home on Android,” but you don’t have to live in the Bay Area to watch the event live.

At the event Facebook will likely announce its new Facebook Home, a new Facebook app that comes with a custom Android launcher. Leaks of the launcher show deep hooks into Facebook with photos from the social network on the lockscreen and buttons to make it easy to post to Facebook without launching the app.

Facebook Home will also presumably bring the News Feed to the home screen of Android, though none of the leaks have shown what that will look like. 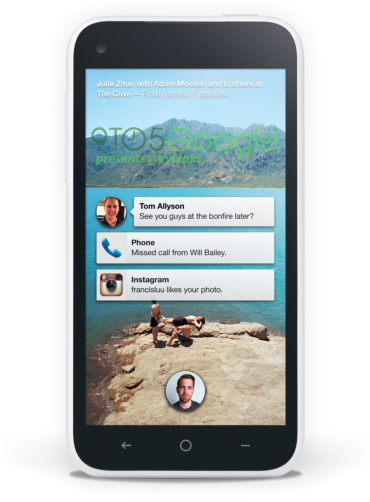 The new Facebook Home will likely first come to the HTC First, the rumored “Facebook Phone.” There’s a chance it will work on other devices that use HTC Sense, Samsung TouchWiz and stock Android, however.

Like many of its big announcements, Facebook will stream the Facebook Home announcement from its headquarters. The company has a special website set up for the event. The website will stream today’s event starting at 12:50 p.m. ET, ten minutes before the event will start.

To stream its events Facebook uses Livestream, so users can watch the event from mobile devices either using the website or the dedicated Livestream app. The Facebook Live account will also have video of the announcement available to watch after the event is over.

Publications such as The Verge, Engadget and ABC News will all liveblog the Facebook Home announcement. Each will provide commentary on the event as it happens, as well as some photos of the event. They’re great for users at work who can’t watch live video of the event.

As always, GottaBeMobile will cover the Facebook Home and “Facebook Phone” announcement as it happens. We’ll have news about the event shortly after Facebook makes its announcements.