Google’s annual developer conference kicks off today in San Francisco, where the company is expected to have a slew of new announcements, show off its latest technology, and give us a glimpse of Android 4.5 or 5.0 before releasing it later this year.

Google I/O takes place over the course of two fun-filled days full of new products, developer friendly coding sessions, demonstrations, and most importantly, the opening keynote. This is where all the major news and announcements are made, and it all starts today, Wednesday June 25th, at 9 AM PT.

Sadly not everyone can attend Google’s event in person in San Francisco, but still want to see or hear all the news live as it happens. Just like previous years Google will be offering a livestream allowing fans, developers, consumers, and anyone that’s interested to watch it all unfold live. Below is how to watch the Google I/O 2014 Livestream. 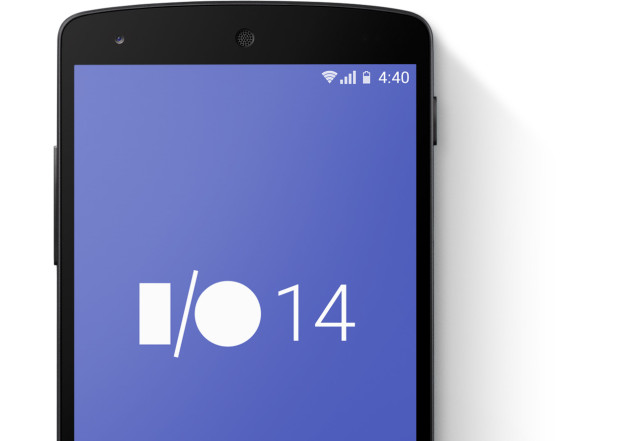 See the next version of Android, the Moto 360, and anything else they have planned as it’s announced by checking out the livestream. Google I/O will be the stage in which the company announces Android Wear, a new Android-based operating system for wearable devices like a smartwatch, as well as tons of other products, software, updates, and developer tools.

In previous years Google didn’t release a new version of Android at I/O, nor do they give potential buyers or manufacturers an early look. This year however, Google will be teasing and revealing the all-new Android 4.5 (or 5.0) “L” version of Android live on stage. This is the first time Google will tease software ahead of a release, and many users will be eager to see what’s next.

Google’s own Sundar Pichai, the head of Android, confirmed we’ll be seeing a preview of the next version of Android tomorrow, so here’s how to watch it yourself.

Of course the easiest and best way to watch Google I/O 2014’s opening keynote and all the announcements is the official livestream. The Google I/O website has all the details, and you can also watch the livestream right here. Alternatively there will be over 20 Google I/O “watch party” events in which fans and developers can gather around and catch all the latest news, which was also detailed in the link above.

Google will be streaming the opening I/O 2014 keynote where we’ll see the next version of Android and Android Wear on YouTube, and we’ll add the link once that’s available. It may also be streaming on the YouTube Developer Channel.

Alternatively, if you won’t be able to tune in and enjoy the Google I/O 2014 keynote and livestream from a desktop or laptop, thankfully mobile users have an option too. The official Google I/O 2014 Android App will offer in-app live streams of the opening keynote, as well as all sessions for those interested.

Every year Google I/O gives fans something to look forward to, consumers a glance at upcoming software and products, and developers a chance to learn about everything the company has to offer. However, this year is shaping up to be a rather consumer-focused event with products like Google Glass, Android Wear watches like the Moto 360 and LG G Watch, and potentially even a new Nexus tablet.

Some of the highlights of the show should be Android 4.5 or 5.0 (I’m guessing Licorice) being shown off, Android Wear with the Moto 360, and possibly Android TV to take over our living rooms. Stay tuned as we’ll have all the details as they arrive.