The 2014 GRAMMYs are streaming live to the iPhone and iPad with full access to the GRAMMYs and to the red carpet event that starts before the show.

Even if you plan to watch the GRAMMYs live on a TV, the GRAMMY Live app for iPad and iPhone is a perfect companion to see the awards show from all angles.

The best way to make sure you don’t miss a second of one of the year’s most anticipated awards shows with Robin Thicke pairing up with Chicago, Nine Inch Nails, Queens Of The Stone Age and Dave Grohl, Ringo Starr and Daft Punk performing. LL Cool J returns to host the 2014 GRAMMYs and you can watch it live on the iPad, iPhone or computer. 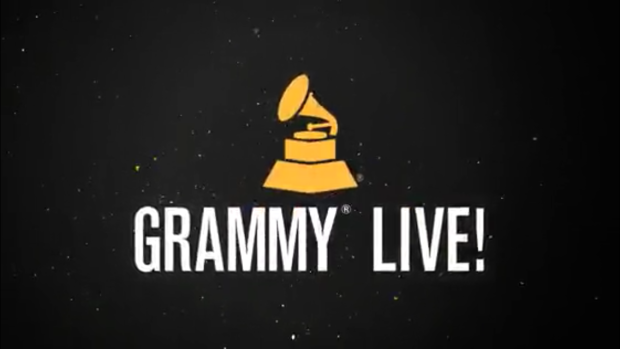 Watch the 2014 GRAMMYs live on iPad or iPhone with the free app that offers all day coverage.

The free GRAMMY Live App for iPhone and iPad is available in the iTunes App Store and will start streaming video at 8 PM eastern/5PM Pacific. According to the GRAMMY iPad app description users can tune in for live streaming all day on Sunday. So if you can’t get enough of the show in the evening this is your ticket.

In addition to the 2014 GRAMMY live stream the iPad app offers access to photos and news of the show as well as replays of video shot during the event. The app also lets users see nominees, play GRAMMY Trivia and follow social media accounts related to the GRAMMYs. 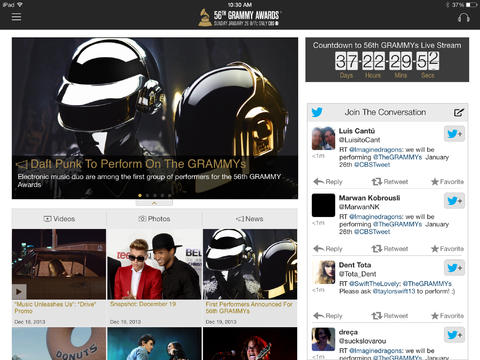 The 2014 GRAMMYs iPad app is a free way to see videos, photos and social updates about the GRAMMYs and to see the nominees for each category.

Tap on the headphones in the upper right corner to listen to music from 2014 GRAMMY nominees, though you’ll only get a short preview of each song.

In addition to a live stream of the coverage shown on TV, this app offers, “insider coverage and photos from our unparalleled access to VIP industry events,” as well as, “exclusive performance and interview videos of a wide variety of artists. From the most legendary bands to hot emerging artists.” according to the app description.