The event, “Motorola. On Display” starts at 2 PM eastern, 11 AM Pacific, and may include an appearance by Google which now owns Motorola Mobility.

The event should mark the launch of the Droid RAZR HD and Droid RAZR M, but we might see something more. Motorola called in Martin Cooper, the team leader for the group that developed and brought the first mobile phone to market.

We assume you don’t just summon the man responsible for mobile phones to a Droid RAZR HD launch.

How to Watch the Motorola Event Live

Motorola and Verizon are live streaming the event on YouTube, so interested users can tune in to the event as it happens in the video below. For now users will just see static, but shortly before 2PM Eastern it will switch over to a live view of the stage in New York City.

In addition to the live stream we’ll be covering the event from the show floor with breaking announcements as they happen. You can tune in to our coverage by following our Motorola coverage. 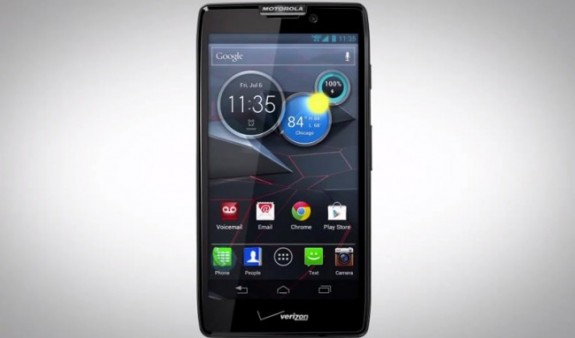 The Droid RAZR HD is expected to feature a large HD display, and one recent rumor suggests it may have an edge to edge screen, despite the lack of evidence in the leaked photos and videos. Inside we expect a fast processor and 4G LTE connectivity. Previous leaks show Android 4.0 Ice Cream Sandwich on board, but we’re hoping Motorola and Google launch the phone with Jelly Bean.

The Droid RAZR M is rumored to arrive with a $149 asking price, which lines up with the leaked specs. We expect to see a 4.3-inch qHD display with Gorilla Glass 2, Snapdragon S4 processor and 4G LTE connectivity. The device reportedly features an 8MP rear facing camera and a 3MP front facing camera.