You can watch the Times Square Ball drop on iPhone and Android to ring in the end of 2013 and the start of 2014 with a free app.

Livestream, the Times Square Alliance and Countdown Entertainment teamed up to make this possible. While it’s not the first time you can watch the Times Square Ball drop, the app is new and updated for New Year’s Eve 2013. 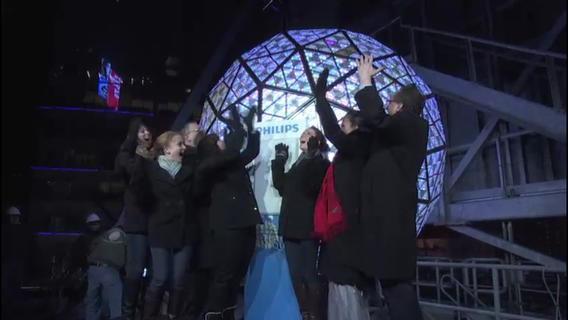 In addition to the iPhone and Android apps there is also a Roku app that is perfect for users who cut the cord and don’t bother with getting local channels with an antenna.

The New Year’s Eve 2013 Times Square Ball drop will also play online in the video player below, so you can watch it on a computer or right from most smartphones.

The total show will last for six hours, which will likely drain your battery life, but you can tune in for the Ball Drop and other parts of the event as you want and the app will also include Twitter reactions with the hashtag #BallDrop.

From the official description,

“The Official Times Square Ball App is your exclusive access to be part of the activities in Times Square as you watch the LIVE co-hosted official show featuring opening ceremonies, musical performances, celebrity appearances, hourly countdowns and the midnight Ball Drop!”

You can download the official Times Square Ball Drop app from the links below and customize the countdown with your own photo and time zone.

For the Roku app, grab the LiveStream player to get ready and locate the official Times Square stream when it starts on New Year’s Eve 2013.