Scammers are counting on your curiosity to add extra charges to your cell phone bill through a practice known as a One-Ring phone scam that counts on missed calls to charge consumers extra monthly fees.

Thanks to growing lists of contacts and fairly strict rules on who can call cell phones, most of the people who call users these days show up as a contact when they call, but sometimes there is a number on the screen that users don’t recognize.

If that number happens to call for one or two rings, resulting in a missed call you probably shouldn’t call it back, unless you are expecting a call from that area code. 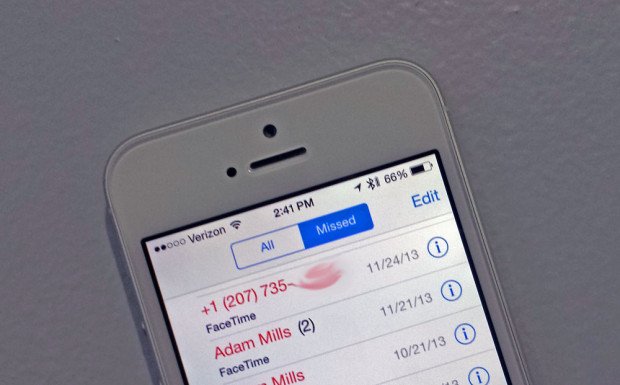 A missed call can cost you if you call back and become a victim of the One-Ring scam.

The Better Business Bureau warns that the One-Ring phone scam is on the rise, resulting in charges of up to $19.99 a call and up to $9 per minute for users that call back a missed call to an international number. The warning states that calling back will often connect the user to a, “paid international adult entertainment service, ‘chat’ line, or other premium service located outside the country.” While some of the calls will result in smaller fees that users might not notice, the amounts can add up.

Many users don’t bother with calls from a number they won’t recognize, but there are a significant number of users who feel a need to know who called them. These users may Google the number to find more information or simply call it back. Users that call back could find a surprise cost to their curiosity.

The safest thing to do is not to call back a missed call from an unknown number. If you really need to know who called, search the number online and see if there are descriptions or complaints.

According to the BBB the following area codes are often associated with this missed call scam;

Unless you are expecting to hear from someone at one of these area codes, it’s best to let the number ring and not call back. If you or a friend called back to one of these numbers check your phone bill closely.

iPhone users can block the number from calling back using the built-in iOS 7 blocking tool. Android users can use a similar tool to block unwanted calls. These tools won’t stop them completely, but can prevent call backs from the same number.