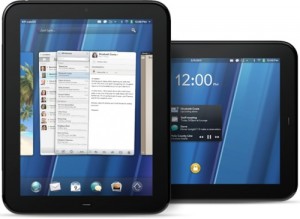 Apparently intent on creating a controversy, Mark Spoonauer at LAPTOP reached out to both HP and RIM to comment on the similarities between the app-switching interfaces of the HP Touchpad and BlackBerry Playbook. Not surprisingly, both sides kept it civil, and neither admitted the argument is dumb since they’re both derivatives of existing interfaces anyway.

At question is whether RIM borrowed too heavily from webOS for their Playbook app-switching interface. At first glance, they are quite similar, using what HP/Palm calls a “card metaphor”. Since the interface was first released on webOS more than a year ago, the Playbook must be a rip-off, right? Sounds right, except the card metaphor wasn’t that original of an idea in the first place. 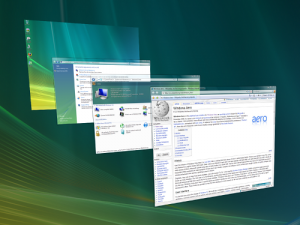 First off, “cards” are basically fixed-size windows. On webOS, they are laid out in a manner more akin to playing cards, but the concept is fundamentally the same as cascading open windows in Windows, a feature that’s been around for years. More recently, Windows Vista introduced Aero Flip, a 3D interface to switch between open windows. Different angle, same idea.

Second, while Apple may not be implementing these types of interfaces for app-switching, they have been part of the iPhone in other ways since day one. Flipping between app cards is fundamentally the same as Cover Flow in the iPod app and the page-switching interface in Safari. RIM and HP use it for apps, while Apple uses it for music and web pages, respectively, but nothing stops Apple from using Cover Flow for switching among native apps, and they already use a card-like system for switching between web apps.

Of course, we could continue to dig back through the history of computing and find more forerunners to card-like interfaces, such as Apple’s HyperCard, but I think it’s already clear the idea did not originate with webOS, and I see no reason to doubt that QNX, the company RIM bought for the Playbook OS, built their interface on the same foundation of existing ideas. We can argue over which company has the better implementation of the idea, but ultimately there’s no novelty in flipping through apps or graphic representations of apps in a card-like manner.