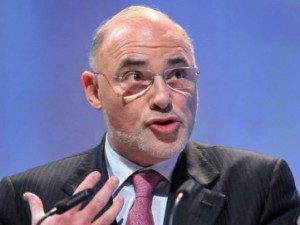 Bloomberg is reporting that HP’s Board of Directors is panning to meet to consider ousting CEO Leo “we don’t need no stinking hardware” Apotheker. Speculation is also that HP’s board may be looking at hiring former eBay CEO Meg Whitman, at least on a temporary basis. Whitman is a member of HP’s Board. Apparently there is some intense opposition over Apotheker’s moves to acquire Autonomy and move HP’s focus to a software and services company, in addition to the moves to jettison or spin off the hardware division.

I guess the only thing one can say at this point (given that this isn’t confirmed) that if true, there’s more than a three ring circus happening at HP currently. But then that analogy implies customers and shareholders are getting their money’s worth.

UPDATE: Speaking of getting their money’s worth, AllThingsD is reporting that HP’s stock is climbing on the news adding close to $3 billion to HP’s market valuation. I’m thinking that it might  be bye-bye Leo.