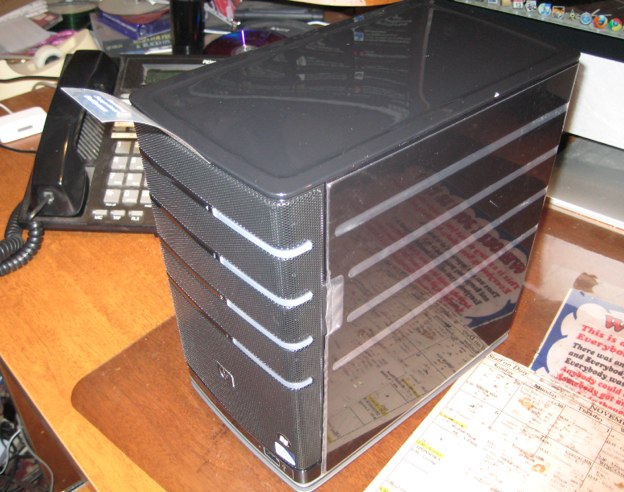 Face it, we’re in an age where everything we have is in some way shape or form becoming a digital asset. Whether its files, data, pictures, movies, or music, we’re moving more and more into an age where it is stored digitally somewhere locally or in the cloud. We’re also moving faster and faster into an age where we want access to any and all of that data all the time at any time, both as consumers and as business users.

HP has sorta kinda reworked the HP MediaSmart Home Server and its marketing approach to create the HP Data Vault X510. The pitch on the Data Vault is to small businesses and those with home offices who may or may not run full networks. The Data Vault offers data sharing in addition to the all important backup of data. It’s a Network Attached Storage (NAS) solution. I’ve been privileged to test out a review unit of the Data Vault and from what I’ve seen I think HP has a good product here that will appeal to many small businesses as well as a home users.

Hardware
Contained in a glossy case (yes, read that as fingerprint magnet) the device is small enough to tuck away in a closet or under a desk and then do its thing. The front door opens to reveal four 3.5 inch drive bays that are pretty easily accessible. The review unit I’m testing contained two 1TB drives with two slots empty. HP offers three different models of the Data Vault and the different flavors depend on how much storage you want to order from the get go (1TB, 2TB, and 3TB.) The 3GTB model has two 1.5 drives installed. Swapping drives in and out is relatively easy. The device comes with a power cord and a CAT6 ethernet cable. The back of the device has 3 USB ports and an eSATA port that can serve as a port multiplier as well, giving you options for expandability. There is also a USB port on the front of the unit. The device came equipped with 2GB of RAM and is running a 2.5GHz Pentium dual-core processor.

Software and setup
You’ll be running Windows Home Server software on this (which comes included). Setup is pretty straightforward, although you do need to do that on a Windows machine. Once you’re setup, you can access the server via any platform. Managing your drives at this point puts you in the Windows Home Server environment, although HP has added some features on top of the WHS package. As an example, you can pull in your media from your client computers automatically and of course share that out via streaming. The roots of MediaSmart Home Server show through here. In fact you could say it is exactly the same and with a few text and graphic changes here and there in the software, I’d say you’d be correct.

Store It, Secure It, Share It
That’s HP’s branding for the Data Vault, and we’re certainly familiar with all three aspects. Given the positioning HP is aiming for here though this makes sense for the budget conscious small business user or the home user. You can set your backup processes up as you need to. You have great control over your security, and your employees or family can have access to the media and files they need when they need them. I did not run a recovery of a full backup with the review unit, but the procedures are as straight forward as you need them to be. File recovery is a piece of cake. For RAID fans can use Folder Duplication to make sure that anything written to one HD is written to another and although I’ve never been a big RAID user, given the target market this seems to be an economical solution as you’re not duplicating data or info you don’t necessarily need.

Remote Access and Summing It All Up
In my limited testing I had no problem accessing anything I tried to access when I’ve been traveling of late from either a Windows machine or a Mac. Media files came in as fast as my connection allowed them to do so, as did other files an everything worked essentially as advertised. Depending on the amount of storage you want to purchase from HP initially the price starts at $699 for 1TB, jumps to $859 for 2TB and $999 for 3TB. Given the hot swappable nature of the device and the freedom to add your own storage internally and via the external ports, you could create a pretty expansive set up if that’s your desire.

HP Data Vault Giveaway
Don’t forget that GottaBeMobile is participating, along with several other sites, in a contest that has GBM and the other sites each giving away a HP Data Vault x510 valued at approximately $700. Stay tuned for how to win a Data Vault from GBM. We’ll be announcing details shortly. Here’s a list of the sites participating: 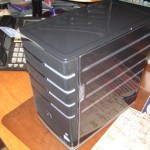 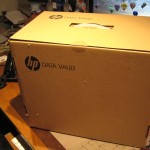 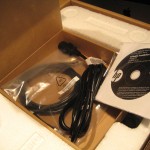 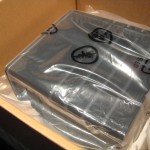 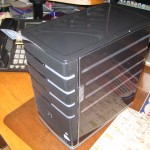 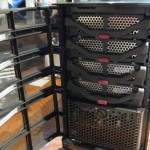 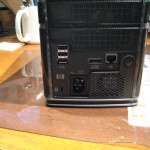 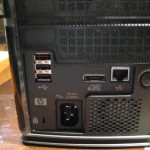 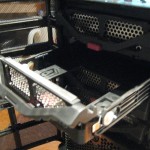 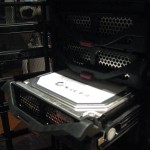 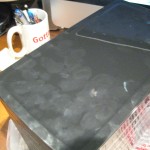