Most recently, the HP webOS hardware team was responsible for releasing the HP Veer 4G smartphone, the HP Pre 3–which never debuted in the U.S., and the HP TouchPad tablet.

According to All Things D, HP intends on laying off as many as 525 employees though the company declined to give a specific number. The company announced on August 18 that it would end its production of hardware for webOS devices and the hardware business would wrap up at the end of the fourth fiscal quarter, which ends on October 31st. 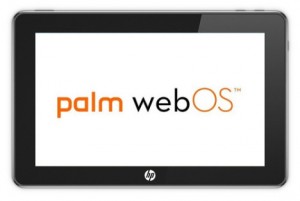 “As part of this decision, the webOS GBU is undergoing a reduction in workforce. Today’s actions are part of this initiative. During this time, we stand by our commitment to our webOS customers and will work to ensure that support and service for customers are not adversely affected. HP is exploring ways to leverage webOS software.”

With the non-success of the Palm acquisition, this would be HP’s second foiled attempts at integrating another mobile brand within its company. In the Palm PC days, HP had created HP Jornada PDA devices utilizing Microsoft’s mobile platform, which later evolved to be called Windows Mobile. Through the evolution of the PDA era, HP acquired rival Compaq and its iPAQ line, killing off its Jornada brand in favor of the iPAQ business. However, faced with strong competition from HTC, HP never took the iPAQ business further than the PDA era and killed off the iPAQ brand when smartphones began taking off, marking numbered days for standalone digital assistants without integrated voice or data connectivity. With the Palm acquisition, HP never gave webOS the time it needed to mature and test the market. Its fire sale for the TouchPad, which was sold for as low as $99, demonstrated that there’s consumer demand for the elegant OS and hardware if priced accordingly against rivals, such as Apple’s iPad and slates running Google’s Android OS.