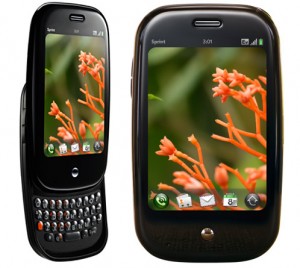 HP’s Palm Pre 2, which runs on the next-generation , is getting shunned by carriers in Europe. Pocket-lint had contacted major carriers in the UK, and none have plans on offering HP’s successor to the original Palm Pre at this point. According to the blog, Orange is saying, “We have no plans to stock it at the moment.” Three, Vodafone, and O2 are all following Orange’s position as well. The case with O2 may be a big blow as the carrier had committed to the Pre, Pre Plus, Pixi, and Pixi Plus before:

“We’ve always offered our customers a choice of experiences when they come to buy a new phone and we were excited to add webOS and the Palm Pre to our range. We’re still fans of webOS – the Palm Pre Plus and Palm Pixi Plus are available from us today – but [we] won’t be taking the Palm Pre Two”.

HP had previously stated that the Pre 2 will also be sold as a contract-free unlocked version, and it’s unclear how the cold reception in the UK will affect HP’s future webOS offerings. The company could potentially release up to four additional webOS devices this year in addition to the Pre 2.

webOS 2.0 offers enhanced multitasking, a deeper universal search capabilities where users can search for items from within apps as well, and better refinements to the already polished webOS engine. Despite warm reception to webOS at the time of the launch of the original Palm Pre, Palm never was able to convert initial enthusiasm of webOS into sales. Below is my video of the Palm Pre Plus and Palm Pixi Plus on U.S. carrier Verizon Wireless; the Plus models are enhanced models of the original while retaining the same form factor and overall specs.