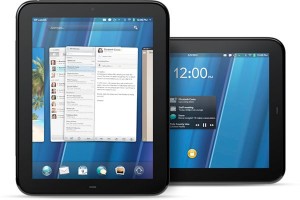 HP has big hopes for its “coming this summer” TouchPad. HP Exec Eric Cador is so stoked that he proclaimed:

In the PC world, with fewer ways of differentiating HP’s products from our competitors, we became number one; in the tablet world we’re going to become better than number one. We call it number one plus.

Well, that’s a bold claim. And you know what, I think HP has a chance to live up to its own hype and the expectations that many have for the webOS based Tablet. I’m not sure painting a target of  “number one plus” on the device will do anything other than give bloggers and newsies a target to shoot for though.

But here’s why I think that HP has a shot. The TouchPad is going to be at the end of this first second Year of the Tablet “iPad Killers.” Both descriptions (year of the Tablet and iPad Killer) are perfect examples of predictions that are just silly. No matter, that’s history. But webOS offers us a very intriguing touch based UI and their are inklings that we’ll see some interesting Apps at the debut. It’s not that we need a serious competitor to the iPad’s runaway sales lead. It’s that we need a tablet that has some sales and retail oomph behind it a competitor is going to seriously have a chance. HP has that experience. I doubt we’ll see HP debut the TouchPad with a lot of “coming soon” promises. In fact, I expect it to debut with pretty much everything intact.

But even with that experience, it will all come down to the device, how well webOS works and whether or not there Apps come quickly enough.