The Windows ecosystem is taking a lot of hits as devices become smaller and shoppers expect more from machines that cost less and less. HP is delivering on a future filled with low-cost desktop machines running Windows with the Pavilion Mini Desktop and an astonishingly cheap HP Stream Mini Desktop priced at just $179.99.

HP announced the HP Stream Mini Desktop and HP Pavilion Mini Desktop this morning as the Consumer Electronics Show in Las Vegas was kicking off. It’s clear that the company is hoping it can redefine the Windows PC experience by bringing it to price points as low as what it offers for those interested in Windows tablets. 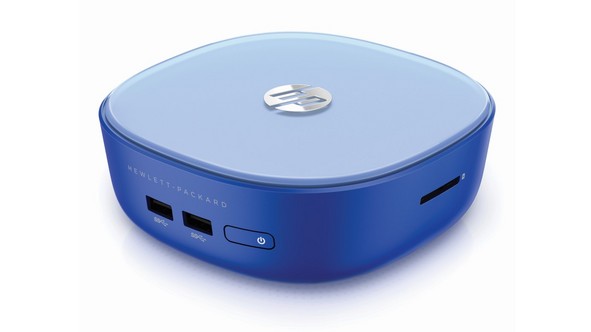 The breakout star is the HP Stream Mini Desktop. Costing just $179.99, the Stream Mini Desktop will be the best low-cost desktop we’ve seen in the Windows ecosystem. The base version will include a modest Intel Celeron processor, 2GB of RAM and 32GB of storage. That’s not a lot, but that is enough to satisfy anyone looking for a simple, entry-level desktop for web browsing, email and light productivity.

To give users a little more breathing room, HP has teamed up with Microsoft to offer users 200GB of storage on Microsoft’s OneDrive service. Users will get to keep that storage for two full years before they’re required to pay for anything more than the 15GB that comes with the service already. A $25 gift card for purchasing apps, games, movies, music and television shows from the Windows Store is available too.

The Pavilion Mini desktop weighs about 1.6 pounds and runs Microsoft’s Windows 8.1 operating system. Inside are all the necessary things desktop productivity seekers need. An Intel Core i3 processor handles all programs along with memory that can be upgraded to 8GB. Ports and connectivity are plentiful too. Built-in wireless technology is supported too, along with HDMI video out and Display Port. Where things get a little cumbersome is storage. To make the Pavilion as small as possible the company had to exclude something and that’s led to there being no optical drive on the HP Pavilion Mini. Users can add an external optical drive if they feel it’s necessary. The HP Pavilion Mini Desktop will only come in white beginning January 14th for $319. The base version will include 500GB in built-in storage. The Pavilion Mini has four different USB ports to make that effortless.

To be clear, both of the machines are aimed squarely at Google’s Chrome OS operating system. Like Windows, it allows users to browse the web and manage their day. Where the two differ is in the details. Chrome OS started off as free operating system that companies could load on low-cost machines. Google offers Chrome OS as a way to hook everyday users into its services. Until recently, Microsoft didn’t compete in the low-cost space aggressively. This allowed desktops and notebooks running Chrome OS to pick up sales against machines running Windows. Recently, Microsoft has responded to the threat Chrome OS poses. It’s introduced Windows 8.1 with Bing so that hardware makers can produce devices that are competitive with Chrome OS price points. Many of these devices come with added perks. For example, Office 365, Microsoft’s subscription service for its Office productivity apps, is included in a lot of these.

Both the HP Pavilion Mini Desktop and HP Stream Mini Desktop will be available on January 14th online. Neither will arrive at stores until February 8th, according to a press release made available today. Buyers of both can expect a free mouse and keyboard with both machines.