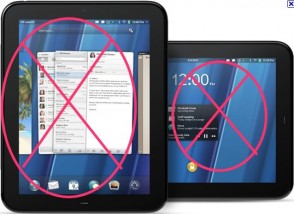 You might still be able to pick up a HP TouchPad at Best Buy or eBay or through some other method or off hand promotion. But if you were on that waiting list with HP it looks like you are out of luck.

According to Neowin, users who signed up to be notified when HP had some more TocuhPads in stock are being told that the party is over and HP is officially out of inventory. Remember HP had said it would fire up the factory line for one last run of the TouchPad to meet demand after it pulled the plug on the device, which then became very popular at a fire sale price of $99.

But that doesn’t appear to be the case going forward.