Hmmm? Interesting. It looks like HP wants to make some noise all on its own and try and steal a little CES upstaging magic from Apple. Just about everyone has been expecting HP to unveil its WebOS Tablet at CES 2011. But an invitation to an event on February 9 that just came out is now making it look like HP wants to tout its horn away from the cacophony of CES 2011.

We might still hear some about this from Vegas this week, but I’m guessing HP wants to position its WebOS Tablet about as far away from the maddening me-too Tablet crowd as it possibly can. Only one problem with that strategy that I can see. And that is that HP will becoming in slightly after Apple announces what is expected to be news about iPad 2.

Should be a good PR fight to watch. 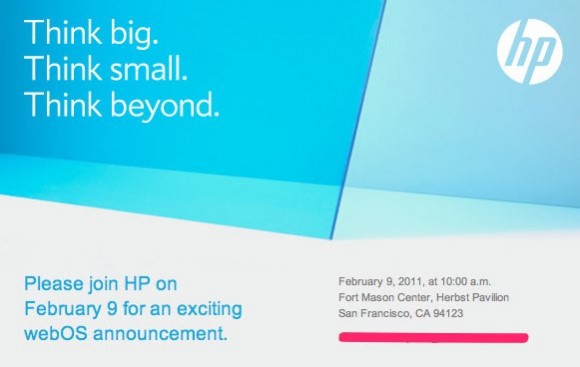