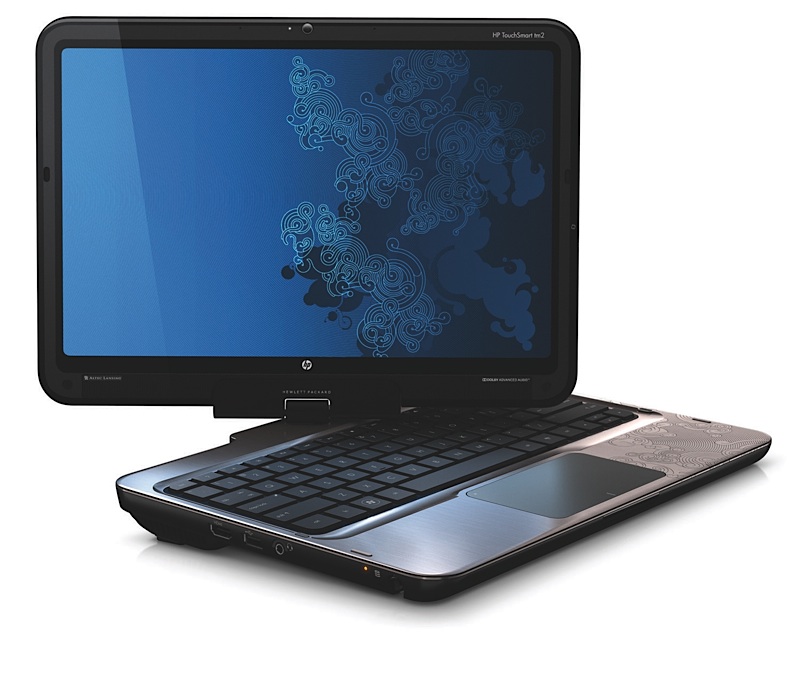 HP is unveiling a new line of Touchsmart Tablet PCs that from what I’m reading is sleeker and offers more than the TX line of consumer focused Tablet PCs. Built similarly to the Envy line from a design standpoint, the tm2 has a capacitive touch screen, which means pen and touch. It runs an Intel Core 2 Duo chipset and optional discrete graphics processing with ATI Radeon. It also has a Macbook/Evny like unibutton touchpad. Look for more on this from the team on the ground when they catch up with it, and look for it to be available January 17th for $949.

As usual with HPs consumer line this comes loaded with lots of stuff (read CRAPWARE in some cases) but intriguingly according to the press release, the BumpTop application is included. (See the Press Release after the jump). Engadget has some video up of the tm2.

With the convertible tm2, customers can choose the product configuration and input method that is most comfortable and natural, whether on a couch, in an airplane or while surfing the web. (3) As a traditional notebook, the tm2 offers a keyboard and touch-enabled display for input. Converted to a slate, the tm2 morphs into a sketchpad with digital pen, allowing artists to sketch on the go and students to take notes in class.

Feather-light capacitive multitouch display technology responds to the softest touch of a finger. The display also supports multitouch gestures such as zoom, scroll and rotate by allowing more than one finger to be accepted as input simultaneously. With the digital pen, handwriting appears on the display as digital ink, similar to writing on paper.

â€¢ BumpTop, a touch-enhanced 3-D interface for photos and documents that allows users to spatially organize and “toss” or share files and photos to social media sites or email.
â€¢ DigiFish Dolphin, an interactive 3-D screensaver that recreates an ocean environment to be experienced via touch or a mouse.
â€¢ CorelÂ® Paint it! Touch, whichTM allows users to draw and paint or turn photos into paintings using fingertips.

The tm2 now offers a touch-enabled Netflix application, which delivers thousands of full-screen movies and TV episodes that are instantly streamed from Netflix over the Internet and can be watched any time at no additional cost by Netflix members with an unlimited subscription. Other recently introduced applications within the TouchSmart software include Hulu Desktop or Internet TV, Twitter and HP Music Store.(6)

As part of HP’s commitment to the environment and to eliminating all uses of brominated flame retardants (BFRs) and polyvinyl chloride (PVC) in its computing products by 2011,(7) the TouchSmart tm2 is BFR/PVC-free.