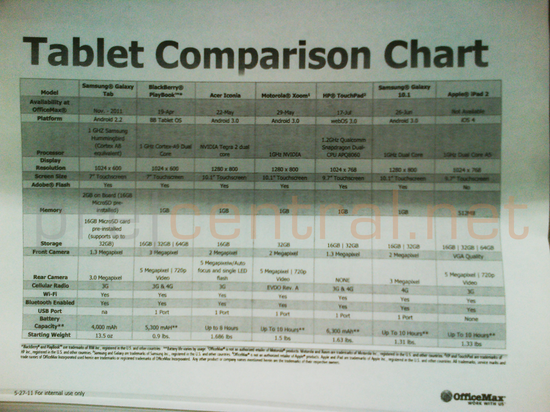 There’s a lot of news, or rather leaks, on the webOS front with HP’s debut consumer tablet since the computer giant had acquired Palm. The company’s webOS TouchPad tablet is expected to launch in June at WalMart while office retailer OfficeMax will be selling the tablet in July, according to the latest leaked computer screenshots sent to Pre Central, and there will also be a 3G and 4G model available. 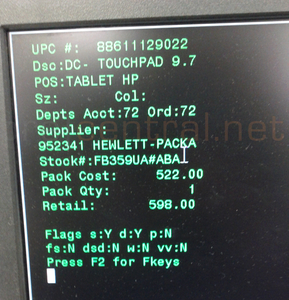 The leak shows that retailer WalMart is expected to carry the 32 GB TouchPad model for just under $600 at $598. According to the Pre Central tipster, the inventory computer system lacks the denotation ‘bupukiss,’ suggesting that the launch is happening sooner or later, perhaps in June.

At OfficeMax, the tablet is listed as coming on July 17th. What’s interesting is that the retailer is listing both 3G and 4G models. It’s unclear if that’s an error, or if the TouchPad will be launching in both variants. Another possibility is that AT&T’s 4G HSPA+ network can also be interpreted as a 3G network as it is an evolution of the 3G HSPA protocol, making things a bit murky.

Given the iPad 2’s continued dominance in the consumer tablet space and vast number of Android tablets already hitting the market, HP will have some work cut out for it if it wants to make the TouchPad a success.