HP has still yet to give us anything substantial on the HP TouchPad, its webOS tablet device that it announced back in February. Lucky for us, SanDisk was more than willing to show off the new device giving a detailed video tour of the tablet at this year’s Computex conference in Taipei. 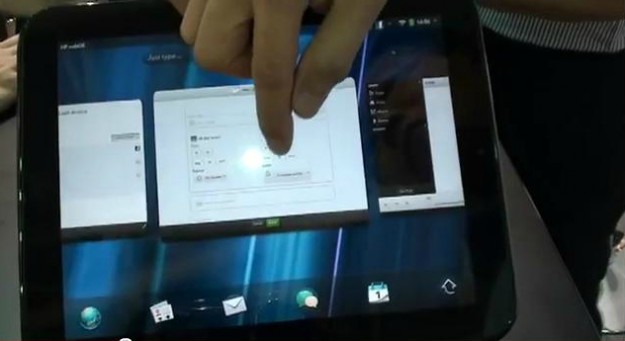 The video touches on everything from the hardware to the software and gives us a good look at yet another competitor that will be hitting the tablet market. And with webOS and its sleek looking form factor, the HP TouchPad looks to be one of the most exciting tablet offerings to date.

Sadly, the guy showing off the device doesn’t reveal the stuff that we really want to know. How much is the HP TouchPad going to cost when it hits shelves and when is it going to be arriving on those shelves here in the U.S.?

All signs point to a launch this month with two different models being available when it does. A 64GB model will apparently cost $599 and a 32GB TouchPad will come with a $499 price tag.

It should be noted that the SanDisk guy in the video mentions 16GB so don’t be shocked to see HP offer that as well.