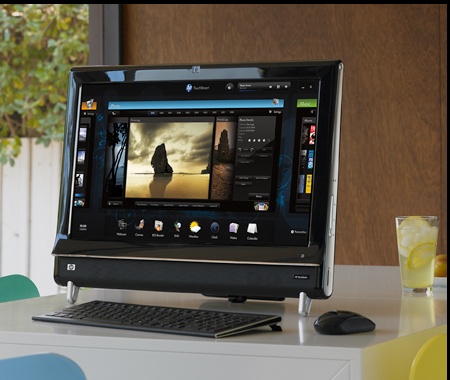 HP is pushing out a series of desktop upgrades, including a few for their TouchSmart multi-touch all-in-ones. Not only are they getting bumped up to the new Intel Core processors, but they’re bringin’ the noise with Beats Audio, a high-performance audio system developed in conjunction with Beats by Dr. Dre. From the press release:

HP TouchSmart – the next generation of amazing

Engineered to reproduce the sound quality found in music studios, Beats Audio is now available on the HP TouchSmart 600. This unique, high-performance technology, developed by HP and Beats by Dr. Dre™, provides the optimal sound experience – the way the artist intended it.

The HP TouchSmart 300 and 600 PC series also now feature new built-for-touch applications, including Paint It! by Corel and Roxio CinemaNow. Paint It! Studio lets users get in touch with their inner artist, edit photos and create original designs. Paint It! digital art tools allow experimentation with color theory, composition and brush strokes, without the mess associated with traditional art. Roxio CinemaNow lets users browse new releases with a touch of a finger, then watch them directly on the HP TouchSmart PC. Roxio CinemaNow has more than 12,000 movies to rent or buy.

More information about the products, including product specifications and images, is available at www.hp.com/personalagain.

Via HotHardware by way of Engadget