HTC Accord Could Launch as HTC 8X

HTC’s upcoming mid-range Windows Phone 8 phone won’t come to market as the HTC Accord, but as the HTC 8X.

According to XDA Developer member Football4PDA HTC will release the new phone as the HTC 8X. The marketing material he posted on Twitter shows it written at Windows Phone 8X HTC, but we imagine that’s just somewhat clever marketing.

The other image from Football4PDA gives us some specs of the HTC 8X. The spec sheet shows the phone will have a 1.2GHz dual-core processor and a 4.3-inch screen which we assume is a 720p display. The HTC 8X will also have 1GB of RAM, 16GB of storage space, an 8MP rear-facing f/2.0 rear-facing camera, and an “ultra-wide angle” front-facing camera. Both cameras will have the ability to shoot 1080p video. 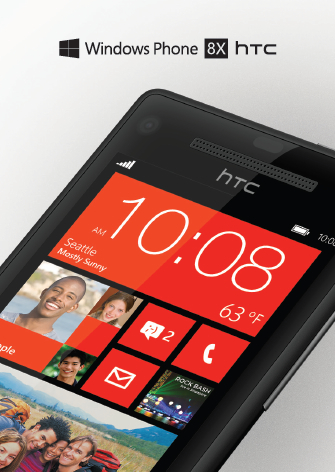 Like HTC’s One series of Android phones the 8X will have Beats Audio for enhanced sound.

The Zenith is the phone that will go head-to-head with the Nokia Lumia 920 and the Samsung ATIV S. It will likely feature larger screen with a resolution of at least a 720p and a faster processor than the 8X. If The 8X is the One S of HTC’s Windows Phone 8 lineup, the Zenith will be the equivalent of the One X.