HTC could be preparing two Windows RT tablets for release later this year.

According to a single source who talked to PhoneArena, HTC is working on two Windows RT based tablets codenamed R7 and R12. The HTC R7 would be a 7-inch Windows RT tablet that would contain a 2.3 GHz quad-core Qualcomm Snapdragon 800 processor, 13 megapixel rear-facing camera and 2GB of RAM. Storage would be limited to 16GB however, users would be able add more using a built-in microSD card slot. The HTC R7 would allegedly also support LTE and HSPA+ mobile data technologies. 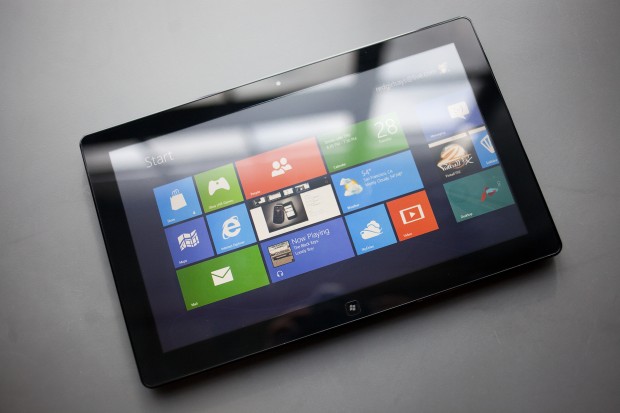 PhoneArena’s source indicated that the HTC R12 would feature the same exact specifications as the HTC R7, though the device would use 12-inch screen instead of the R7’s 7-inch display and have a resolution of 2048 x 1536 pixels.

Supposedly, both the HTC R7 and HTC R12 would launch on October 13 which is around the same time Microsoft confirmed that it will make its next update to Windows RT and Windows 8, codenamed Windows Blue, available to users.

A device based on Windows RT would allow for longer battery life, and smaller form factors, though users would only be able to install applications via Microsoft’s Windows Store.

If the HTC R7 and HTC R12 do make it to store shelves it would be the company’s first foray into supporting Microsoft platforms outside of Windows Phone and Windows Mobile. However, it would not be the first time the company has produced tablets of its own. HTC previously dabbled in the tablet market with the HTC Flyer. That tablet ran Android 2.3 and featured a single-core 1.5 GHZ processor and a 5 megapixel rear-facing camera.

Microsoft recently changed its Windows 8 guidelines to allow for smaller screen sizes like the one the HTC R7 is rumored to have. This week, the company announced that it sold 100 million licenses of Window 8 and Windows RT to its hardware partners for use in their devices.

Since the publication only seems to have one source conveying the information, users shouldn’t take it completely at face value.