As expected, HTC will hold an event later this month on September 19 for what it likely its lineup of Windows Phone 8 devices.

HTC’s invite doesn’t outright say the announcement is for Windows Phone 8 devices, but previous rumors said the company will announce its devices with Microsoft’s new OS later this month. The symbol at the bottom of the announcement also looks somewhat reminiscent of the Metro design of the platform. It’s at least unlike anything from Android. 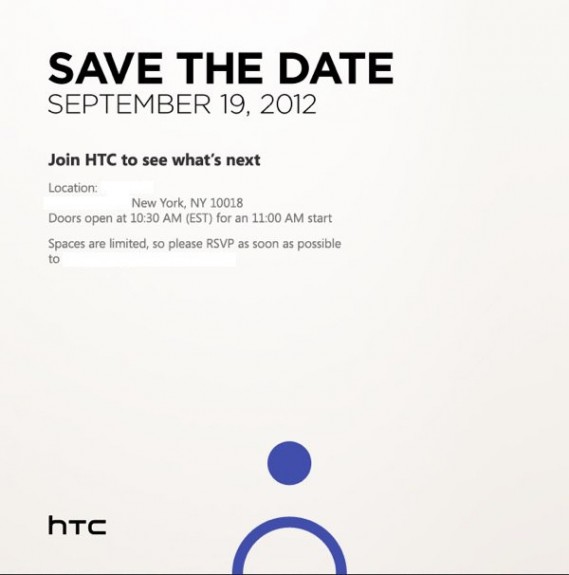 Rumors say HTC has a trio of phones planned for Windows Phone 8 carrying the code-names of “Zenith,” Accord,” and “Rio.” The design of the Accord recently leaked as a schematic. The Accord if the mid-range phone of the trio, the Zenith is the high-end model, and the Rio is the low-end.

After HTC makes its announcement the only manufacturer left to announce Windows Phone 8 devices will be Huawei. Samsung already announced its new ATIV S smartphone, and Nokia will announce its new Lumia 920 with PureView and Lumia 820 tomorrow.