HTC had recently debuted its new Ultrapixel camera technology on its flagship HTC One smartphone last month, and now the company says that the imaging innovation may be making its way down to mid-range HTC smartphones as well. Rather than focusing on the megapixel race where consumers naturally equate more with better, HTC is going for less. Ultrapixel essentially is a 4-megapixel camera sensor with a sensor size of 1/3-inches. 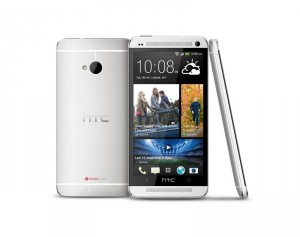 According to the company, this allows each individual pixel to be larger and thus allow more light capture. Like Nokia’s recent Lumia 920 Windows Phone flagship, the HTC One combines the larger pixel size for better light capture along with an optical image stabilization mechanism to allow for better low light photography without the need to use a flash. This would allow more natural colors whereas using a flash would wash out the image or may not capture the right mood or ambiance of a scene.

Unwired View reports that HTC UK head Phil Robertson is bullish about the new imaging technology, stating that he believes that the tech would absolutely come to mid-range HTC handsets.

It’s unclear if all elements of HTC’s new imaging tech would be coming to the mid-range. Nokia, which uses the same 8-megapixel camera technology and Carl Zeiss optics on its high-end and mid-range smartphones, reserves the optical image stabilization mechanism only for the flagship handset. HTC could potentially do something similar to save costs.

We’ll have to wait until we get our hands on an HTC One to judge how well the Ultrapixel performs. Rival Nokia has been an imaging leader in the smartphone space with its PureView imaging technology, so naturally Ultrapixel will find a likely comparison with PureView. On one end of the PureView spectrum, Nokia delivered a large 41-megapixel imaging sensor with lots of pixels and big pixels to capture light and detail. That camera is regarded as the current smartphone camera king. The Lumia 920‘s version of PureView is focused on stabilized videos and low light photography, bringing features that are typically found on DSLR cameras to consumer phones.