Smartphone-maker HTC, which manufactures phones running on Microsoft’s Windows Phone and Google’s Android operating systems, confirms that it would be launching new smartphone hardware once Microsoft releases the next-generation of Windows Phone OS codenamed Apollo. Apollo, which some have been referring to as Windows Phone 8, will be a major OS revision for Microsoft as the company continues to try to make in-roads in the mobile ecosystem space that’s being dominated right now by Apple’s iOS and Android.

The company did not give a specific launch date, except to say that the new hardware announcement would occur later this year. In the past, it’s been speculated that Apollo may launch mid-year 2012.

In an interview with blog Pocket-lint, HTC chief product officer Kouji Kodera says, “For Windows Phone we haven’t decided on the branding yet, but you will see a new range of Windows Phones from us when Microsoft release their new Apollo operating system.” Kodera’s statement comes after the publication had inquired if the company intends on making a Windows Phone handset based on the HTC One range. 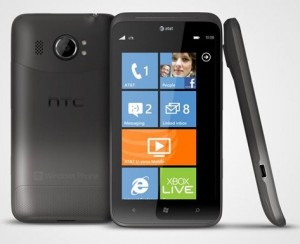 At Mobile World Congress, HTC, which had seen sales slump recently after experiencing a lot of momentum in growth in the past, announced its new lineup of Android smartphones under the HTC One branding. One, which will tie in the company’s premium, mid-range, and budget models, will be akin to Samsung’s Galaxy brand or Sony’s Xperia brand, and will make it easier for customers to remember. In the past, HTC had committed that the Beats Audio experience, which is currently only available on Android, would also be making its way to Windows Phone once Microsoft loosens its restrictions a bit.

In terms of Windows Phone 7 handsets, the recently announced HTC Titan II, which debuted at the Consumer Electronics Show in Las Vegas last month for AT&T, is said to also be coming to countries where LTE is supported.  Unlike rival Nokia, which is also banking its future on the Windows Phone ecosystem, HTC will not be dropping the LTE radio, it appears, on the Titan II, for a more broad international launch; Nokia had announced a Lumia 900 LTE phone for AT&T at the same time HTC had announced the Titan II at CES and the company announced that it would be removing the LTE radio for a broad global launch of the smartphone at MWC.