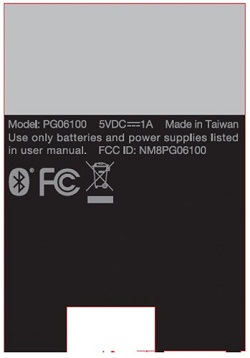 Details from the FCC show that a smartphone made by HTC with a dual-band CDMA and WiMax radio going through regulatory approval, but not much else is known at this time. From that basic information, we can infer that the phone will most likely be destined for Sprint as Sprint is the big U.S. carrier to offer WiMax and CDMA phones, the first two being the Sprint HTC EVO 4G, a large 4.3-inch Android phone with a kickstand, and the Sprint Samsung Epic 4G, a Galaxy S Android variant with a QWERTY keyboard and support for 4G WiMax.

Recently, a rumored handset by the name of the HTC EVO Shift 4G has appeared on the Internet, and the phone that’s at the FCC could potentially be the HTC EVO Shift 4G. That phone is believed to have a smaller 3.7-inch display compared to the 4.3-inch screen found on the original HTC EVO 4G, and will sport a sliding keyboard in landscape mode, similar to the Samsung Epic 4G. The HTC EVO Shift 4G will be the smallest device of the three (4.3-inch display on EVO, 4-inch Super AMOLED display on Epic 4G, and will be competitive against T-Mobile’s G2, also an Android phone made by HTC.

The HTC EVO Shift 4G also has a codename that is believed to be the HTC Knight.

The label that’s going through the FCC right now has a model identification number of PCG06100.