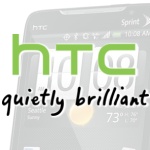 Okay, I was late in predicting LCDs would make a comeback thanks to the OLED shortage, but at least I snuck that in before HTC announced their new Super LCD technology, touted to deliver better color, contrast, viewing angles, and energy efficiency than existing LCDs.

New Displays to be integrated into HTC Desire and Nexus One

“HTC is experiencing high-demand for many of our phones, specifically our phones with 3.7 inch displays. The new SLCD display technology enables us to ramp up our production capabilities quickly to meet the high-demand,” said Peter Chou, CEO of HTC Corporation. “The SLCD displays provide consumers with a comparable visual experience to HTC’s current 3.7 inch displays with some additional benefits including battery performance.”

A bit short on the specifics except to describe it as better than previous generations. Sony’s VSPEC III is advertised as offering 160 degree viewing angle, not quite as wide as Apple’s IPS displays but more than enough in most situations. Presumably they would have mentioned if the pixel density was increased.

However, the point of this release is not to combat Apple’s LCD technology, but to try to match the superior OLEDs they previously offered but now cannot adequately source due to demand outracing supply. Both the Nexus One and its close match, the HTC Desire, dazzled buyers with their AMOLED screens. However, with OLEDs in short supply, future releases of the Desire and not-yet-dead-but-no-longer-Google’s Nexus One will be using Super LCD instead.

On one hand, it makes sense to retrofit these older phones with LCDs and save OLEDs for future models. On the other hand, I wonder how this precedent will affect future releases. Regardless, comparisons of the new displays to the old ones are inevitable and could be vicious if SLCD doesn’t prove “comparable” enough (some people are really passionate about OLED).